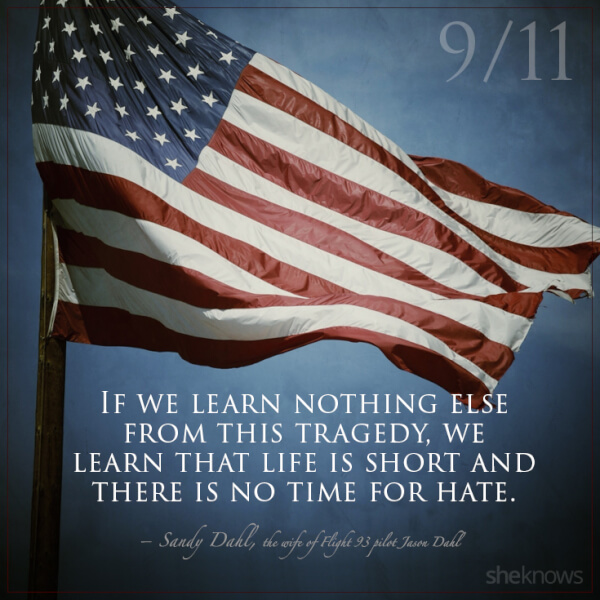 On this 9/11, the New York City Fire Department/FDNY will remember 32 more brothers to have died of 9/11-related illnesses

So far 159 FDNY personnel have died of illnesses related to working at Ground Zero or assisting in the recovery effort.

The thirty-two FDNY members who died this year from 9/11 related illnesses names will forever remain on engraved bronze plates on the wall of heroes and in the hearts and minds of those who knew them as family, friend, neighbor.

Seventeen names were added last year to that wall of heroes and 21 in 2015 — which had been the largest number of 9/11 cancer victims until this year.

Besides the 343 FDNY personnel, 23 NYPD and 37 Port Authority police officers were killed in the collapse of the World Trade Center sixteen years ago.

By the end of 2016, 132 additional New York City policeman had died of illnesses linked to their time at Ground Zero.

This reporter has a ticket for a September 11th flight out of Orlando to New York, but as life [and Hurricane Irma] happens my plans may not materialize for “life is what happens while you’re busy making other plans.”-John Lennon 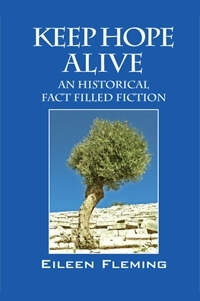 THAT DAY we call 9/11 is the title from a chapter in KEEP HOPE ALIVE, which is currently being written into a series being pitched to AmazonStudios: HERE

Within hours of viewing the tragic news that stopped the word on that Tuesday morning Khaled phoned his many friends: Jews, Christians, Muslims, and others to gather in downtown Orlando at Lake Eola and pray for peace. He told everyone, “Praying for peace without action is like praying to win the lottery and never buying a ticket. But unless we work for peace, saying ‘peace, peace, peace,’ means nothing. If we want peace, we must work for justice.”

After returning home on Monday night from the Brother Lawrence Addictions Center, Jack mindlessly ate two Lean Cuisines, then spent the rest of the evening trying to read. He fell asleep just before dawn and dreamt he was on the blacktop running track at the middle school where Julianne taught seventh grade English, and where they both rollerbladed in the early mornings before the students arrived on campus.

“Yeah, I can; I can do that,” Jack responded, but the apparition had already vaporized into the distance.

Then Jack rolled onto an exquisite grace, knees freed from bone-on-bone grinding and not an ache in his fifty-three-year old body that had been abused by two motor vehicle accidents and hours of overuse syndrome. Jack glided on the blacktop effortlessly for what seemed like hours, when suddenly, a roar of thunder assaulted his senses, and his eyes were magnetized upward, to view two fireballs thrown down from on high, miles from where he stood. He saw them hit the ground; one traveled east, the other west, and then they circled back around, burning a path straight towards him. Just before they collided, Jack woke up, not believing he had only been dreaming.

Not until after he had downed a pot of coffee did the phone ring.

“Jack? Are you watching TV?” Maureen, the day supervisor at the BLAC asked, as she fingered the framed mission statement that sat upon every employee’s desk and on the north wall of every resident’s room:

‘Peace, peace, peace. God’s peace be upon you. But living today in a time of war, crying out peace, peace, peace, where there is no peace. Fearing age and death, pain and darkness, destitution and loneliness, people need to get back to the simplicity of Brother Lawrence.’ [Dorothy Day]

Brother L was a monk in the 17th century, who lived in a monastery and was consigned to the kitchen. He spent his life baking bread, chopping onions, scrubbing pots and floors. He also ran all the errands, did all the shopping, and always brought back the finest of wine. He loved his brothers deeply, but they merely tolerated his many eccentricities, or he was totally ignored. Truly, I tell you, if ever a saint was born to bring hope to the addicted and those addicted with obsessive-compulsive tendencies, he is the one. For Brother L. learned that by continually re-remembering the Lord, no matter what the activity, or where one might be, the Lord was ever-present and a holy habit was born, just re-remembering that.

Dr. Jake Hunter heard the news that stopped the world for a day from his third patient of the morning. Terese didn’t know until Jake called her before his next patient.

She taped it to the door and never looked back again. “Bob, I have been dreading telling dad about my symptoms, because I don’t want to admit them. But, I have been summoned from the land of denial and must face the facts on the ground. If I have the dreaded Gehrig’s disease like my cousin Nick, I will be livid. He was a saint; I am not. I am not dancing as I once did; I don’t glide anymore, I have gotten clumsy, and all of these muscle twitches are driving me crazy! I am pissed! I am too young for this! Oh Christ, I hope it is just a bad cervical spine, like Dad’s. I can live with the pain, but I must be able to move about, or I’ll go nuts. Nick was a saint even when he couldn’t move, but I will be an unholy terror if I can’t dance. Bob, if I have ALS, will you please just shoot me and put everyone out of my misery?”

Terese said, “There’s an interfaith gathering today in Shea Stadium, and I want to view it.” She turned the TV on just as the shofar sounded in New York City, and hundreds of priests, rabbis, sheiks, and clerics of all kinds somberly filed into the stadium in front of a sorrowful nation. Kat became luminous and said:

Wow, look at how beautiful all of that is! All of those holy ones in their uniqueness and all the shades of people in the stands reaching out to each other–how blessed we are in America to live among such diversity, and how beautiful it is to see us coming together out of such sorrow. This is the way we can let the pain go: by reaching out to the stranger, we comfort them and heal ourselves. America’s worst day has brought us and the world together.

Why, it’s only a few angry mad men who did the evil; the international community can confront this together, by confronting this evil as sister and brother.

What an incredible opportunity America has been given to lead the world this way and not seek revenge. Imagine the dysfunctional family of Father Abraham building on this momentum, to confront the evil that is terrorism, by confronting it with good and unity among US!

Didn’t St. Paul say that the only way to resist evil is with good? Imagine how much better the world will be when America chooses not to use military power, now that we all know our nuclear arsenal cannot protect us American’s will want to discover why these mad men did this evil and go after that!

The global village is the community to address this issue; terrorism is everywhere, and now America has woken up to the fact that we are not immune. We are all in this world together; we will either learn to share this world as sister and brother, or—we will blow it up.

In a log cabin nestled within the thickly wooded mountains of upstate New York, Jack sat in a darkened room with the TV on, but he wasn’t watching. When the shofar blew and grabbed his attention, he froze until the ram’s horn went silent, and then popped open his sixth beer of the day, for Jack had fallen off the wagon…