Ray Hanania rips through the news on his Radio Show

Radio Host Ray Hanania talks to listeners on his Detroit radio show “The Arab street” on Friday August 14, 2020 discussing the Beirut explosion, the “differences” between President Trump and Joe Biden and Kamala Harris, and the Israeli occupation of the United Arab Emirates (UAE)

Ray Hanania talks with listeners on his radio show in Detroit, Michigan about the devastating explosion in Beirut, the emotional and dysfunctional politics of the Arab community, the “differences” between Republican President Donald Trump and Democrats Joe Biden and Kamala Harris, and the recent announcement by the United Arab Emirates that they will recognize Israel and normalize relations with Israel in exchange for a half-heartened promise to “suspend” (temporarily) Israel’s illegal expansion of the Occupied West Bank.

Hanania takes some phone calls and discusses his views and opinions on the failures of the Arab community to be leaders and effect changes something the Arab American leaders don’t want you to hear or know.

Its Friday August 14, 2020 … I’m Ray Hanania, special US Correspondent for the Arab News Newspaper … and you’re listening to Radio Baladi …  THE ARAB STREET Radio & Podcast broadcast from Detroit, Michigan through 690 AM WNZK Radio …

In the future, I’d like to be introduced by my Game of Thrones Title:

Ray Hanania, the first of his name, the Mayor Slayer, breaker of Political Egos, Father of Wags, the one true believer of Steppenwolf and Jim Hendrix, Spirit of Jerusalem, and Scribe of the four High Schools Bowen, Bogan, Little Flower, and Reavis …

THE ARAB STREET Radio & Podcast is a part of the US Arab Radio Network hosted by Laila Alhusini … in an effort to energize and empower Arab Americans to stand up for their rights … for more information go to my website at www.Hanania.com … and afterwards on podcast on iTunes, Spotify, or by visiting my podcast website www.TheArabStreet.org.

We are broadcasting on Live Radio in Michigan on WNZK AM 690 this morning … 8 AM In Great Detroit, Ohio and Canada … and 7 AM in Chicago, 3 PM in Israeli Occupied Jerusalem and 4 PM in the Israeli occupied United Arab Emirates …

We had a fascinating and typical two weeks … first on August 4 we had the devastating explosion in Beirut that destroyed an entire area of Beirut, the seaport, the business district and much a large area of residential homes

In politics, we saw Ilhan Omar and Rashida Tlaib win their respective Democratic Primaries guaranteeing their re-elections this November … also Congresswoman McCollum also won re-nomination which guarantees her re-election … of all of them, McCollum is the most effective pro-Arab member of the 435 member House of Representatives … yes people, we are lucky to have 10 voices in a 435 member sea of anti-Arab rejection … nothing gets done but it does make us happy to hear people scream and protest and sing “ala del ouana” tunes from the floor of the Congress … hey that’s better than nothing, I guess …

And speaking of nothing … the Arab World continues to crack and fall apart and support Israel … last week the Washington DC Ambassador for the UAE published an Op-Ed urging normalization with Israel if they would abandon their plans to annex the Occupied West Bank which they basically already control lock stock and barrel … yet Israel didn’t abandon annexation … they said they would “suspend” annexation … in exchange for the UAE recognizing Israel and opening its borders to Israeli tourists, and Israeli soldiers and war criminals from the Netanyahu government …

Hey, but at least we have Rashida Tlaib in Congress to scream about all this … and do little else …

Joe Biden and Kamala Harris, the Zionist Team, will dump Donald Trump the Muslim Hater and we will be back to normal … which basically is the Democrats pretending to support justice in Palestine and the Middle East from one side of their mouths while embracing everything Israel wants from the other side …

Yea, Palestine is going to be Free (in our minds, of course, not reality – it’s being absorbed beginning under Democrats, continuing under Republicans and maybe this November under two of the most ardent American Zionists to hold public office, Joe Biden and Kamala Harris … but at least Biden and Harris won’t support a “Muslim Ban” so I guess we can accept the destruction of Palestine …

For more information on The Arab Street Radio and Podcast and on Ray Hanania’s podcasts on mainstream American politics, and his award-winning writings and opinion columns visit www.Hanania.com. 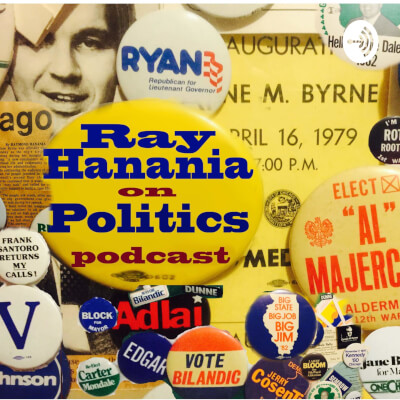 Uprising in Lebanon must focus on domestic reform, not on Hezbollah Arab World