Holy Land Principles, Inc. intensifies its campaign to get a leading American company to sign an effective, well-proven set of fair employment principles. 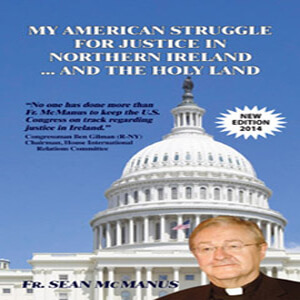 “How can Cisco not sign the Holy Land Principles?” asks Fr. Sean Mc Manus, President of the Capitol Hill-based Holy Land Principles, Inc. and the Irish National Caucus. “The Principles are pro-Jewish, pro-Palestinian and pro-company. Cisco and other companies are attempting to rely on the lame excuse that they want to have a one-size fits-all policy — one set of principles that cover the entire world. Well, initially that was the shortsighted recourse of American companies doing business in Northern Ireland. But it has been incontestably shown that it was only when the 116 companies signed the Mac Bride Principles that real progress was made. That precedence and our own experience convince us the same applies to the Holy Land Principles, which furthermore are a practical application of the Ruggie Principles. And here, as we keep repeating, the issue is not the differences (or for that matter, the similarities) between Northern Ireland and Palestine-Israel. That is, intentionally or otherwise, a red herring, that distracts from the real issue: the responsibility of American companies to practice fair employment, irrespective of where they do business. That and that alone is the issue. That is the sole mission of the Holy Land Principles. And in that is the inherent power of the Principles, which we will not allow to be diluted.

Fr. Mc Manus — again from his long and successful experience of the Mac Bride Principles— explained: ” It needs to be stressed, because some are slow to understand this, the moment a campaign for Principles is launched, so too is the anti-campaign— as surely as night follows day. That is an immutable law of fair employment campaigns.

Fr. Mc Manus continued: “The reality is that until the Holy Land Principles were launched, fair employment by American companies doing business in Israel-Palestine had NEVER been raised. Now that it has been raised, how can anyone possibly argue that it is not a valid issue? Again, as with the Mac Bride Principles, there will be all sorts of excuses — from the companies, from individuals and groups, from the Right and Left— as to why the Principles must be left off the table.”

Idea Whose Time Has Come

My good friend, and then Chairman of the Hearing, the splendid Jewish-American, Congressmen Ben Gilman (R-NY), famously quipped it was like saying, ‘One is in favor of the Ten Commandments as long as they don’t have to be implemented.’

I mention all this to illustrate the folly of opposing an idea whose time has come, because “nothing is more powerful” than such an idea. Thus it was with the Mac Bride Principles— and so it will be with the Holy Land Principles, which the companies sooner or later will sign. Why not sooner?”

[See text of Resolution (if necessary, copy and paste link into your browser):
http://www.holylandprinciples.org/holy-land-principles-cisco-systems-inc-resolution]