Inspired on Sunday by a request from a USS Liberty survivor of the Six Day War, this patriotic civilian dedicated Monday as a day of educational outreach to Senator Marco Rubio;

Because he had invited this constituent to his mobile office meeting at my local Library because I had “previously contacted” his office regarding the mission to end the USA Government Cover-up so that every June 8 would be recognized as USS Liberty Remembrance Day.

After Joe Meador’s call “needing help in educating Members of Congress that the Israeli attack on the USS Liberty is the only attack on a US Navy ship since the end of WWII NOT investigated by the US government.”

After I did the above action, I recalled this email from Senator Rubio:

Since you have previously contacted my office, I want to make sure that you are aware of my staff conducting upcoming mobile office hours in your area. My staff will be there to offer constituent services on items such as social security payments, issues with the IRS, federal disaster claims, and veterans benefits, as well as to listen to your concerns and suggestions.

Please note that I will not be in attendance, but my staff will be onsite to provide you any necessary assistance.

If you cannot meet with my staff during this time but are in need of assistance, please call my office at 866-630-7106 and we will be glad to assist you. For your convenience, to unsubscribe from receiving further correspondence at any time, please click here.

My office and I are here to help. Thank you for the opportunity to serve you and to continue to work on behalf of Floridians.
Sincerely, 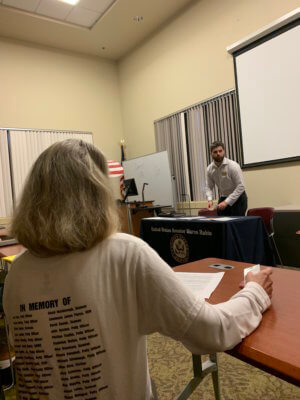 On  Monday afternoon I met with Senator Rubio’s staff member and delivered the following printed out; after informing him that I had already emailed the Senator, Congressional Research Service and Congressional Historians this request:

The USS LIBERTY VETERANS ASSOCIATION and this constituent are asking Senator Marco Rubio to provide a copy of the Congressional investigation of the 8 June 1967 attack on the USS Liberty. 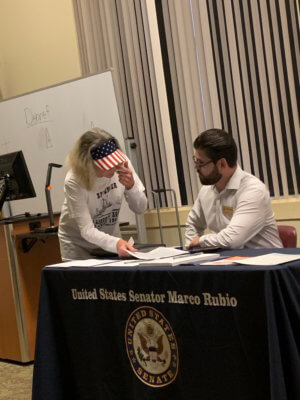 A Few Facts: Virtually unarmed, the American surveillance ship was attacked by Israeli planes and torpedo boats on 8 June 1967 leaving 34 US Sailors and Marines dead and 174 more wounded. Yet, the attack has never received a full investigation, as required by law. The crew of the USS Liberty is the most decorated crew since World War II and among the most decorated for a single engagement in the entire history of the United States Navy.

The Independent Commission of Inquiry, having undertaken an independent investigation of Israel’s attack on the USS Liberty, including eyewitness testimony from surviving crewmembers a review of naval and other official records, an examination of official statements by the Israeli and American governments, a study of the conclusions of all previous official inquiries, and a consideration of important new evidence and recent statements from individuals having direct knowledge of the attack or the cover up, concluded that there was compelling evidence that Israel’s attack was deliberate and “Israel committed acts of murder against American servicemen and an act of war against the United States.”

WHEREUPON, we, the undersigned, in order to fulfill our duty to the brave crew of the USS Liberty and to all Americans who are asked to serve in our Armed Forces, hereby call upon the Department of the Navy, the Congress of the United States and the American people to immediately take the following actions:

THIRD: That the eighth day of June of every year be proclaimed to be hereafter known as “USS LIBERTY REMEMBRANCE DAY, in order to commemorate the Liberty’s heroic crew and to educate the American people of the danger to our national security inherent in any passionate attachment of our elected officials for any foreign nation.”

Learn More about US at these links:

With limited expectations, Lebanon to elect a president Arab World