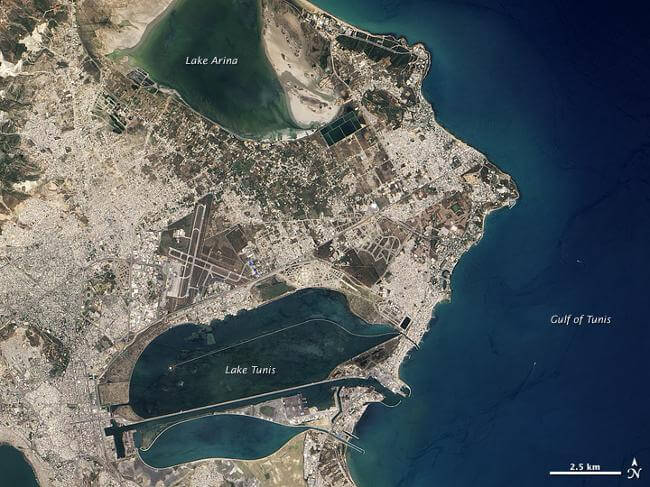 In the immediate wake of the 2011 Revolution, the EU pledged to support the Tunisian people’s transition toward greater democracy, freedom and social justice. EU support for transition in Tunisia

In the immediate wake of the 2011 Revolution, the EU pledged to support the Tunisian people’s transition toward greater democracy, freedom and social justice. In this new environment, the EU and Tunisia — natural partners given their geographical, cultural and commercial ties — established a ‘Privileged Partnership’ in 2012.

This special status granted to Tunisia, one of its Southern Neighbourhood partners, reflects the EU’s commitment to supporting Tunisia’s transition as it tackles a number of interrelated challenges: the consolidation of democracy (primarily through the Constitution of January 2014), difficult socio-economic conditions, and the terrorist threat in a fragile regional situation. It also manifests the shared ambition of furthering bilateral relations in every possible field — politics, culture, economy, commerce, security, etc. — and increasing interaction between our societies. This common aim has been reiterated at the highest political level, such as during the special attendance of the head of the Tunisian government, Habib Essid, at the Foreign Affairs Council meeting of 20 July 2015, chaired by the High Representative/Vice-President Federica Mogherini.

Since 2011, the EU has more than doubled the amount of financial cooperation (grants) allocated to Tunisia, which is the foremost Southern Neighbourhood beneficiary of the ‘Umbrella’ programme recognising progress on democracy and human rights. The main pillars of the EU’s current assistance are the following: 1) socioeconomic reform with a view to inclusive growth, competitiveness and integration; 2) consolidating the building blocks of democracy; and (3) sustainable regional and local development. 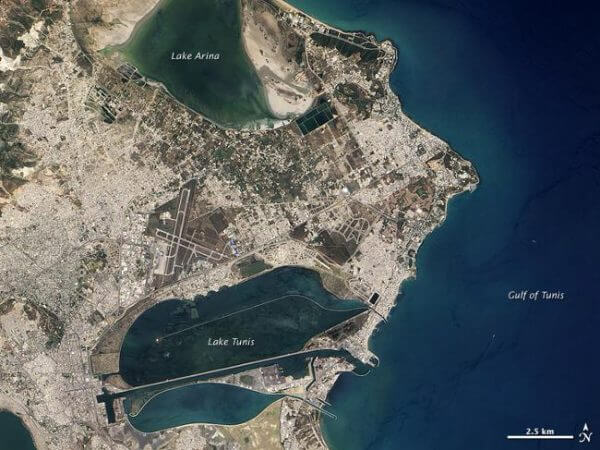 On top of these grants, the EU provides macro-financial assistance (loans) worth EUR 300 million, to which the Commission now proposes adding a second assistance programme of EUR 500 million. Under the ‘Privileged Partnership’ and in view of Tunisia’s special circumstances, the EU strives to ensure that its sectoral policies identify all opportunities to support the transition and strengthen ties between Tunisians and Europeans. Lastly, Tunisian civil society, a vital contributor to the transition (hence the award of the Nobel Peace Prize to the National Dialogue Quartet in 2015), plays a key role, mainly through regular tripartite dialogues on the main areas of EU‑Tunisia cooperation.

There were major developments in EU‑Tunisia relations in 2015, with tangible results in the following areas:

– With regard to counter-terrorism and the prevention of radicalisation, under the political dialogue , held for the first time in Tunis in September 2015 following the attacks in Bardo (March) and Sousse (June), the EU providedTunisia with a list of proposed additional support measures to complement its extensive support programme for security sector reform, launched in November 2015;

– Negotiations on a future Deep and Comprehensive Free trade Agreement (DCFTA), a key driver for restoring investment and growth in Tunisia and for the country’s economic and trade integration with the EU, were launched in October 2015 during Commissioner Cecilia Malmström’s visit to Tunis; the first round of negotiations, held in Tunisia in April 2016, was described in a joint report;

– A special measure to support Tunisia’s vital olive oilindustry was adopted this year, consisting of increasing the annual duty-free quota for two years with the aim of helping the Tunisian economy, which has been hit severely by losses in the tourism sector;

– On 1 January 2016, Tunisia became the first Arab country to participate fully in the EU’s Horizon 2020 Research and Innovation Programme, which offers new opportunities for Tunisian researchers and academics. The first Horizon 2020 event was held in Tunis in May 2016.

Funding from the European Commission

The EU has pledged to develop close ties with Tunisia and to support the country’s economic and political reforms. Under the European Neighbourhood Policy (ENP), Tunisia receives financial support from the EU, mainly through the European Neighbourhood Instrument (ENI). The indicative budget for the ENI for the current funding period (2014-2020) is between EUR 725 million and EUR 886 million.

The ENI contribution is supplemented by other EU financial instruments, such as the Instrument contributing to Stability and Peace (IcSP), the European Instrument for Democracy and Human Rights (EIDHR), the Neighbourhood Investment Facility (NIF) and thematic programmes under the Development and Cooperation Instrument (DCI).

Since the 2011 Arab Spring, Tunisia has received more than EUR 1 billion in grants, more than EUR 890 million of which was provided by the instruments implementing the European Neighbourhood Policy.

For the 2011-2013 period, Tunisia received EUR 445 million in development assistance under the European Neighbourhood and Partnership Instrument (ENPI) — nearly twice as much as the amount initially earmarked for the country for this period. The majority was allocated to support the economy and the transition to democracy. The rest was channelled to projects benefiting Tunisian citizens, especially in disadvantaged regions. This support also comprised significant funding (EUR 155 million) under the SPRING Programme, which rewards progress on democratic reform and of which Tunisia was the foremost beneficiary in the Southern Neighbourhood region.

The bilateral aid provided under the ENI in 2014 amounted to EUR 169 million and focused on economic recovery, reforms in key sectors (legal system, media, gender equality, etc.), border management, means of subsistence in disadvantaged urban areas and support for civil society. The bilateral aid provided under the ENI in 2015, meanwhile, amounted to EUR 186.6 million and supported six programmes, focusing mainly on economic recovery (including the tourism industry), reform of the security sector and regional development. Additional funding was also provided under the ‘umbrella’ incentive-based support mechanism (EUR 50 million in 2014 and EUR 71.8 million in 2015), which rewards progress on democratic reform with top‑up funds (known as ‘framework financing’).

MFA is an exceptional crisis-response instrument created by the EU to assist neighbouring countries experiencing severe balance of payments difficulties. In September 2014, the EU and the Tunisian authorities signed an initial Loan Agreement and a Memorandum of Understanding for Macro-Financial Assistance (MFA) forTunisia amounting to EUR 300 million. Two disbursements, each for EUR 100 million, were paid in 2015. A third and final instalment, in the same amount, is expected to be disbursed this year if the agreed conditions are met.

This assistance is intended to help Tunisia make progress with its economic reforms while also supporting its efforts for political reform. The MFA is therefore linked to Tunisia’s implementation of a range of economic measures, described in the Memorandum of Understanding. This initial programme has provided support for the implementation of an ambitious reform programme in the following areas: public finance management; tax, with measures aimed at improving collection and tax progressivity; reforms relating to social welfare protection and the financial sector; and measures aimed at improving the regulatory framework for trade and investment.

What additional macro-financial assistance did the Commission propose on 12 February?

The terrorist attacks in 2015 and the resulting security issues had a severe impact on the Tunisian economy, affecting key sectors such as tourism and transport. This exacerbated an already vulnerable balance of payments. The EU’s macro‑financial assistance programme will therefore help to cover Tunisia’s external financing needs in 2016 and 2017, while supporting reforms aimed at achieving a more sustainable balance of payments and budgetary situation, improving the investment climate and fostering regulatory convergence with the EU.

On 12 February 2016, following a request by Tunisia and after carrying out an ex‑ante assessment, the Commission proposed additional macro-financial assistance (MFA) for Tunisia of up to EUR 500 million. This assistance will take the form of medium‑term loans. This proposal was recently approved by the European Parliament and should soon be adopted by the Council in accordance with the ordinary legislative procedure.

Trade cooperation between the EU and Tunisia

In July 1995, Tunisia became the first Mediterranean country to sign an Association Agreement with the EU. The elimination of customs duties set out in the Agreement was completed in 2008, leading to the creation of a free-trade area, the first between the EU and a Mediterranean partner. On 13 October 2015, the European Union opened negotiations in Tunis on a Deep and Comprehensive Free Trade Agreement (DCFTA), which will build on the existing free trade area that was established 20 years ago by the Euro-Mediterranean Association Agreement and focused mainly on trade in goods. The aim of the agreement is to improve market access opportunities and the investment climate, and to support ongoing economic reforms in Tunisia. Talks began in October 2015, with the first formal round of negotiations following in April (18-22). The EU is Tunisia’s primary trading partner, accounting for 80% of its trade. Total trade in 2014 was estimated at EUR 20 billion. The main imports fromTunisia into the EU are machinery and transport equipment (38.1%), textile and clothing products (24.9%), and fuel and mining products (14%). Exports from the EU to Tunisia are mainly made up of machinery and transport equipment (34.9%), fuel and mining products (14.4%), textile and clothing products (12.4%), and chemicals (7.7%).

The Euro-Mediterranean Association Agreement, signed in 1995, provides for an annual duty-free quota for Tunisia-EU olive oil exports of 56 700 tonnes. The Commission has always endeavoured to support Tunisia’sgovernment and citizens, to help the country restore economic growth, and to deepen relations between the two partners. With this in mind, in September 2015 – on the initiative of the EU’s foreign ministers – we proposed abolishing the monthly limit on Tunisian olive oil exports to the EU and permitting an extra duty-free volume of 35 000 tonnes per year over a period of two years (2016‑2017). Olive oil is Tunisia’s main agricultural export, accounting for nearly 33% of all exports to the EU. More than one million Tunisians work in the olive oil sector either directly or indirectly. These two measures — removing the monthly export limit and increasing quotas — will help to considerably reduce red tape for the Tunisian authorities and substantially shore up the country’s trade balance.

Partnership with the EIB

Since 2011, the EIB has signed financing agreements worth a total of EUR 1.3 billion for the implementation of new projects in key sectors of the Tunisian economy, such as energy, SMEs, infrastructure, education and social housing. In 2015, EIB loans to Tunisia amounted to EUR 200 million.

A recent key investment project is ‘ETAP’, a EUR 380 million gas agreement in southern Tunisia, signed in 2014. The project entails the development of a vast natural gas facility (known as ‘NAWARA’) in the south of the country, a 370 km pipeline and a gas treatment unit in Gabès.

With regard to SMEs, the Bank has provided a line of credit worth EUR 50 million to Amen Bank in partnership with Réseau Entreprendre to support Tunisian industrial and commercial enterprises.

The EU has also committed a total of EUR 90.5 million for the Neighbourhood Investment Facility in Tunisia, for the period 2008-2015. This instrument allows the EU to provide grants intended to complement loans granted by European development institutions (EIB, EBRD, AFD, KfW) in key areas such as energy, transport, the environment and private sector development.