Over the past two decades, “Truth Decay” has characterized national political and civil discourse in the United States in tribal disagreements over facts and interpretations of facts and data.

Faith-based scripts are based on social values of a particular faith; but the faith does NOT have to be classified as a religion.

“Truth Decay“ has many causes but the most damaging consequences include the erosion of civil discourse, political paralysis, alienation and disengagement of individuals from political and civic institutions, and uncertainty over national policy.

Before the events of 11 September 2001, I was not a reporter but a comfortably numb Christian American whose childhood dream was to be a reporter and author.

Because The Media was NOT asking my questions after 9/11, I began to research America’s Middle East policies and being a person of faith I joined an interfaith non-profit dedicated to educating Americans and raising funds to help replace the millions of trees destroyed by Israel’s Wall.

My dream of being a reporter came true during my first of eight investigative journeys to both sides of The Wall in Israel Palestine and the birth of my first website christened with this Mission Statement:

WAWA/WeAreWideAwake is my Public Service to America as a muckraker who has journeyed 8 times to Israel Palestine since June 2005. WAWA is dedicated to confronting media and governments that shield the whole truth.

In the fifteen years since I established WAWA, my faith in the Mystery we call God also inspired me to ‘spill my guts’ HERE

And to create screenplays based on my experiences and extensive research, which are noted on Page 66 of InkTip’s December Magazine: 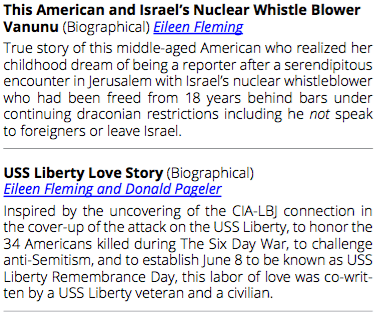 My faith also encourages me to pitch “This American and Israel’s Nuclear Whistle Blower Vanunu” and “USS Liberty Love Story”, without ever feeling disappointment when another PASS is received; such as the following from Dec. 9thfor both scripts sent to a producer Seeking Faith-Based Scripts:

Thanks for your query. This isn’t quite what I am looking for.
Good luck with your writing.

Personal Message:
In 2007 I met my first USS Liberty survivor of the Six Day War and when he said “It was God that kept the Liberty afloat” I knew I would do more than just listen to him. This script is just one labor of love for Liberty and was co-written with one of the USS Liberty survivors.

Logline:
Inspired by the uncovering of the CIA-LBJ connection in the cover-up of the attack on the USS Liberty, to honor the 34 Americans killed during The Six Day War, and to challenge Anti-Semitism this labor of love was co-written by a USS Liberty Veteran and a civilian whose childhood dream was to be a reporter.

Synopsis:
The USS Liberty was a converted World War II cargo ship that had been transformed into America’s premier spy-ship by 1967. On the morning of 8 June 1967, the USS Liberty was navigating in international waters in the Mediterranean Sea.

A few hours later, thirty-four Americans were dead and over 170 physically wounded onboard Liberty, which endured over 3,000 machine gun hits, a 40-foot hole in her starboard side from the torpedo explosion, most of her vital equipment was destroyed, a quarter of the ship flooded, and her captain severely wounded.

All the survivors of the attack have post-traumatic stress/PTS due to the attack, which has been exacerbated by the USA government cover-up.

This script was made possible due to Co-writer Donald Pageler sharing his life story and ‘treatment’ for PTS; and Eileen Fleming’s twelve years of research, interviews with many of the few remaining USS Liberty survivors of the Six Day War and her video We Americans and the USS Liberty: 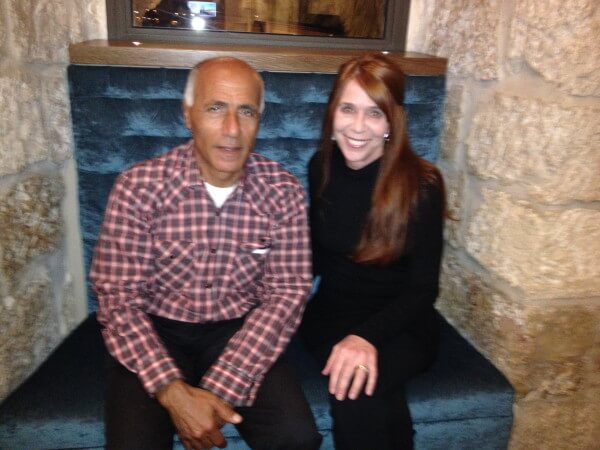 My Pitch for This American and Israel’s Nuclear Whistle Blower Vanunu:

Personal Message:
TRUE story and faith-based thriller about This American, whose childhood dream to be a reporter came true in 2005, [at the age of 50] during my first journey throughout the Holy Land, after a serendipitous encounter in Jerusalem with Mordechai VANUNU, who had been freed from 18 years behind bars in 2004 under restrictions including he NOT speak to foreigners. I vowed to God to tell VANUNU’s story of faith because of mine; and I am the lone reporter in the world to have documented Vanunu’s ongoing struggle for the right to leave Israel.

Logline:
TRUE Story of a middle aged American in Jerusalem who realizes her childhood dream of being a reporter after a serendipitous encounter with Mordechai VANUNU, Israel’s nuclear whistle blower who had been freed from 18 years behind bars under draconian restrictions including he not speak to foreigners.

Synopsis:
TRUE STORY based on This American’s 2005 interviews with Mordechai VANUNU, Israel’s nuclear whistle-blower who was convicted of treason and espionage in 1986. In 2004, Vanunu was released after 18 years behind bars under restrictions including he not speak to foreigners.

Resume:
Before the events of 11 Sept. 2001, I was a comfortably numb Christian. That day was the catalyst that began my research of USA Middle East polices and to journey 8 times throughout the Holy Land beginning in 2005.

In 2006, I became the lone reporter in the world to document VANUNU’s second historic trial, ongoing struggle to leave Israel, and produced “30 Minutes with Vanunu”: