American politicians will not address Israel’s attack on the USS Liberty or the USA Governments failure to support those troops, until they grow a spine attached to a moral conscience that results in ethical behavior: such as would be demonstrated by investigating the January 6thattack on the US Capitol.

Thank you for your contacting me with your support for the United States-Israel PTSD Collaborative Research Act. I appreciate your patience with the delay in getting a response to you. Establishing a new congressional office while providing careful attention to the concerns of my constituents can be time consuming. I strive to respond quickly and commit that you will receive responses in a timelier manner going forward.

As a Navy veteran, I deeply appreciate the service and sacrifice of our veterans and our allies in Israel, our strongest ally for peace in the Middle East. As you know, the U.S.-Israel PTSD Collaborative Research Act would establish a grant program for collaborative efforts between the United States and Israel to advance research on post-traumatic stress disorders. It was introduced and referred to the House Committee on Armed Services, which I sit on. I look forward to reviewing this legislation carefully and will keep your support in mind when it comes before our committee.

Again, thank you for your interest in this important issue. I appreciate your input and I’m honored to represent you in Congress. For more information on constituent services, current legislation, COVID-19 updates and to sign up for my e-newsletter, please visit my website at franklin.house.gov.

This constituent appreciates Representative Franklin’s reply and I will continue to contact him as a reporter and an “honorary crewman” of the USS Liberty Veterans Association/LVA.

This American knew nothing about USA Middle East policies, the CIA, Israel’s weapons of mass destruction, the 303 Committee, the hellacious cover-up of the attack of the USS Liberty, James Jesus Angelton and the roots of the Deep State, until the events of September 11 2001 compelled me to research, and that led to traveling and interviewing more than a few of the very few American survivors of The Six Day War. I came to love the veterans I met and the ones I have not, especially the thirty-four men who were killed on board the USS Liberty on June 8 1967 during the Six Day War. I need to tell Americans this true story because for over fifty years these veterans have been afflicted with post traumatic stress that cannot be healed because of the ongoing cover-up instituted by President Lyndon Baines Johnson that every president and congress since has colluded by virtue of their silence. I also learned that one cannot speak honestly about the USS Liberty without also addressing the issue of Anti-Semitism.

ANTISEMITISM is EXPRESSED AS HOSTILITY TOWARD OR DISCRIMINATION OF JEWS AS A RELIGIOUS, ETHNIC, OR RACIAL GROUP.

CUT TO: HISTORIC IMAGES OF THE HOLOCAUST INTERSPERSED WITH RECENT IMAGES FROM GAZA AND THE WEST BANK AS NARRATOR SPEAKS in VOICE OVER:

I grew up in a Catholic home as a Granddaughter of a German Jew who died before I could learn how many of my relatives might have been gassed or fried by the Third Reich. September 11 2001 was the catalyst for my eight investigative journeys to both sides of The Wall in the Holy Land, which began in 2005; which is also when I began to live my childhood dream of being a reporter… 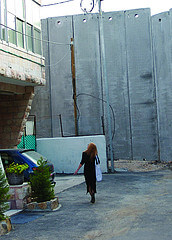 Since 2005 this non-Arab American traveled eight times throughout Israel Palestine and I have come to believe that the Israeli Occupation of Palestine will not be solved through any military or political means;

But would be solved through moral consciences and ethical behaviors: such as would be demonstrated by ending the four billion a year American taxpayers provide Israel that goes to support the immoral occupation of Palestine.

American politicians will never address Israel’s attack on the USS Liberty or the USA Governments failure to support those troops, until they grow a spine attached to a moral conscience that results in ethical behavior: such as would be demonstrated by investigating the January 6thattack on the US Capitol.

For any of the above to happen a transformation of hearts and minds must occur first, so that one will then see ‘the other’ is just them in different skin: and they will then do unto all others as they want all others to do unto them.

Mansaf, one of the most important Arab recipes Arab World