Speaking of servicemen afflicted with PTS, Representative Waltz reminded us that, “Congress has a responsibility to these brave men and women to find solutions to alleviate the trauma caused by PTSD.”

Representative Chrissy Houlahan said, “Too many of our veterans come home to experience PTSD. This, of course, is in no way their fault and we must do everything we can to support those who struggle and fight for them as they have for us. This legislation is another way to enhance our critical partnership with our democratic ally, Israel, as we work towards a common goal of combating PTSD. To all our veterans – we will never forget the sacrifices you have made and we will use every tool at our disposal to help you as you transition to civilian life.”

Representative Zeldin stated, “Israel has long been our greatest ally and it’s no surprise that in the battle against PTSD, we are well-positioned to tackle this effort side by side. It’s estimated that 20 US veterans per day take their own life, oftentimes due to the invisible wounds of war and we cannot afford to waste any time. Inspiring further research collaboration between our two nations will establish an international brain trust invaluable to the service members of both our great countries.”

Senator Bob Menendez, D-NJ, promised, “Our bill will help bring the best and brightest minds and researchers together from the United States and Israel to develop greater understanding of the disorder and new treatments to improve people’s lives.”

This American contends that a post traumatic stress/PTS US-Israeli partnership could, should, and must address the PTS of the American and Israeli survivors of The Six Day War -before anymore die of old age. 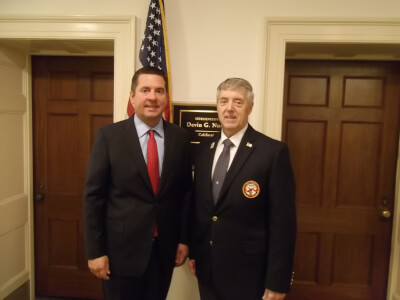 Larry Bowen’s battle with PTS began on 8 June 1967, because he was onboard the USS Liberty during The Six Day War.

Bowen’s PTS was not diagnosed until January 2017, but shortly thereafter he became an activist meeting with congressional representatives to plead for his shipmates who have been ready, able, and anxious to speak on the congressional record regarding their eyewitness experiences of 8 June 1967. 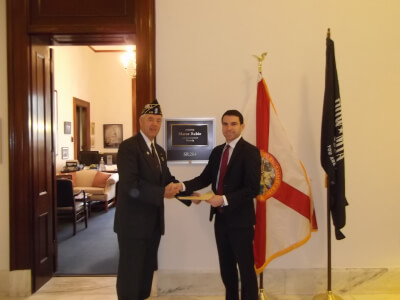 In this short excerpt from We Americans and the USS Liberty, Bowen shares his PTS diagnosis and pleads with Americans to learn the truth about why the Liberty survivors have endured over half a century of post traumatic suffering:

We Americans and the USS Liberty: