As a spiritually driven political activist, I learned that if I want to sleep soundly and wake up recharged: I must and I do disengage from the ‘bad news’ of the day through the practice of a nightly yoga nidra meditation.

I began to practice yoga nidra in October 2013, after my ten-days in a yoga nidra immersion program at the Amrit Yoga Institute in Salt Springs, Florida.

The era of Trump has inspired me to meditate upon What a Wonderful World it could be if people with political power would mediate instead of TWEET!

St. Augustine was the first to note, “He who sings prays twice” and Johnny Cash tweaked it, “When you sing, you pray twice.”

So, those snippets of songs [scripture verses, images of people] that come to you ‘out of the blue’ are your soul whispering to you; but I did NOT know that until a recent email conversation with Karen Brody.

Karen Brody founded the Daring to Rest program for women and was also certified in the Amrit Method of yoga nidra.

Perhaps that connection led to my receiving my first email from Karen Brody last June? I only opened her email because the subject read:

I attended Karen’s online Yoga Nidra offerings which began at 10am EST on 21 June 2016. After lighting a candle and saying a prayer for the victims, friends and families of the June 12, Orlando PULSE nightclub’s lone terrorist attack that killed 49 and injured 53 human beings, we began the practice of yoga nidra led by a variety of facilitators.

That experience planted a seed of desire within me to see local and online yoga nidra communities to respond to tragedies by meditating and grow by weekly group yoga nidra sessions.

I’m popping into your inbox today to announce an exciting free virtual call I’m leading this week on three topics close to my heart: yoga nidra, writing, and the wild woman.

I made that call too and heard Karen say something about “soul whispers” a term I had never before heard- but which resonated deeply within.

I emailed Karen to ask if the snippets of songs I hear in my heart as I write or pray are “soul whispers” and she replied “YES.”

In an email Karen also wrote:

As far as I know, I’m the only person teaching yoga nidra and inviting people to connect with their soul whispers.
I’ve always called yoga nidra, “meditation with a cherry on top” because you receive all the benefits of meditation plus sleep!

Right now, more than ever, what I feel people need is to lie down, get deep rest and reconnect to their inner knowing.

Yoga nidra meditation offers all of that. It’s simple to do and deeply nourishing on a soul level.

Silent meditation has been embedded in religious practices for centuries. It’s a way to go from the outer world to one’s inner world and reconnect to one’s deep faith and nondual nature. This is exactly what yoga nidra does every time you lie down.

For me, it’s my worship space.

I do envision YN communities sprouting up — it’s a beautiful way for people to sleep with themselves and others.

Jesus made the case for silent meditation prefaced with a caution:

And when you pray, do not be like the hypocrites, for they love to pray standing in the synagogues and on the street corners to be seen by others. Truly I tell you, they have received their reward in full. 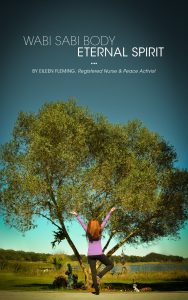 Until the Protestant Reformation silent meditation was a common practice for most Christians, but as that ‘baby’ got thrown out with the bath water, I will address this more fully in a future article.

For now I will speak scientifically about yoga nidra meditation with this excerpt from Wabi Sabi Body: ETERNAL SPIRIT

A study by Hans C. Lou et al in 1999 concluded that Yoga Nidra quiets the prefrontal region of the brain and arouses the posterior comparable to REM sleep. REM sleep typically occupies 20–25% of total sleep in adult humans: about 90–120 minutes of a night’s sleep.

In the 1970s, scientists began measuring brain waves of yogis and others with a consistent practice of meditation. Studies consistently proved their brains slowed from beta to alpha within minutes even in the midst of distraction and noise.

When brain waves slow down to the alpha state and theta wave patterns; the brain’s hyper-rational “executive decision-maker” network is quieted and other parts of the brain associated with unconscious are aroused which leads to insight and increased creativity, specifically the pineal gland.

In the 17th-century French philosopher-mathematician René Descartes concluded that the pineal gland was the seat of the soul.

The pineal gland is also known as the master gland and is about the size of a pea and located just behind the pituitary gland. Unlike much of the rest of the brain, the pineal gland is not isolated from the body by the blood-brain barrier system.

The pineal gland works in harmony with the hypothalamus gland, which directs thirst, hunger, sexual desire and the biological clock that determines our aging process.

The pineal gland produces the hormone called melatonin which regulates human daily body rhythms that deal directly with the day and night cycles.

In humans, melatonin secretion increases after a person is placed in the dark and decreases after exposure to light.

Melatonin production is high in infancy and childhood and declines with age.

The gland is relatively large in children and begins to shrink with the onset of puberty.

Modern imaging techniques reveal that the pineal gland becomes more or less calcified in most people.
During Yoga Nidra and most meditation one closes the eyes and allows them to naturally gravitate towards the point between the eyebrows [the third eye].

If a straight line were drawn into the brain from that point it would connect with the pineal gland.

Forty minutes of Yoga Nidra is as restorative as four hours of uninterrupted sleep.

A minimum of 40 minutes five times a week is recommended however it can be practiced in as little as ten to fifteen minutes, and anyone who can follow simple directions can do Yoga Nidra.

The biggest benefit of Yoga Nidra is that anyone can do it. 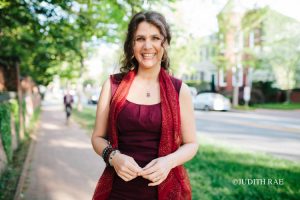 Why Aden is so Important? Arab World

Hanania column: Rejection is not a strategy that works for Palestinians Arab News

Pharmacists Can Do More than Fill a Prescription Abdennour Toumi