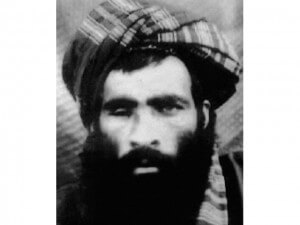 The announcement last week that the Taliban leader Mullah Omar is dead should mark an important junction not only for Afghanistan and the Taliban, but also for the Jihadist movement worldwide. As a leader of Afghanistan from 1996 to 2001, Mullah Omar was known as a reclusive leader who provided shelter for Al Qaida and its leader Osama Bin Laden. Mullah Omar was driven out of power after the US invasion of Afghanistan in 2001 to in order to destroy Al Qaida for its September 11, 2001 attacks on the US.
But what is little known about him is that he really opposed the September 11 attacks on the US and refused to grant Bin Laden permission to attack the United States.

In several conversations I had in the past year in Amman Jordan with former members of Al Qaida who were in Afghanistan before and during September 11 attacks, they stressed that Bin Laden had tricked Mullah Omar and lied to him about attacking the United States.
Those sources who refused to be identified because of concerns and issues they had with the Jordanian intelligence department said that Bin Laden had asked Mullah Omar, who as the “ Emir of Faithful” for permission to attack the United States, But Omar refused.
They also stressed that only about four people knew the exact plans of attacks on the United States on that fateful day and they were Bin Laden himself, his deputy Ayman Zawaheri, military leader Mohamad Atef and Khalid Sheikh Mohammad. Only those men knew the detailed plans of attacks on the US, even though the upcoming attacks on the United States were generally a public knowledge throughout Al Qaida rank and file in Afghanistan.

More, discussions and interviews I had with well known Salafist Jihadist leaders Abu Mohamad al Maqdisi and Abu Qatada also confirmed to me, from their own sources and channels that Mullah Omar did not know about the attacks first hand and did not approve of them when he was asked for his permission. It is now certain that Bin Laden had authorized the attacks in violation of his own pledge of allegiance to Mullah Omar, who as Emir of the Faithful” or the “Caliph” should be the final authority when it comes to making decisions.
Many people within the Jihadists sphere afterword criticized Bin Laden for attacking the US because it was unnecessary provocation.
Al Maqdisi who is the world’s foremost jihadist theorist and highly respected by Jihadists around the world with exception of his sworn nemesis the “ Islamic State” or ISIS, had explained to me the theological foundation as to why Bin Laden’s attack on September 11 were wrong, unjustified and unnecessary.

For Maqdisi, there are two kinds of Jihad or bearing arms to wage war; one is called “Jihad al Tamkeen” which means the type of Jihad that is “empowering of” Muslims or one that results of Muslims gaining power, while the other kind is “Jihad al Nikaya” or “Jihad of Revenge”. According to al Maqdisi and noted Jihadist theorists the September 11 attacks were of the second kind, therefore there were not mandatory nor were they justified or necessary , especially after the fact that the attacks on the US have caused the death of hundreds of thousands of Muslims and the invasion of two Muslim countries, Iraq and Afghanistan.
But why, one might ask, did Mullah Omar and the Taliban government that harbored Al Qaida and sheltered Bin Laden ended up scarifying everything including its own existence in order to protect a man who in reality violated his own of allegiance of obeying the Emir of the Faithful and brought the entire world against the Taliban. 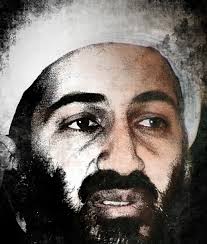 Part of the answer to this question lies in the Pashtun tribal culture whish formed the core of the Taliban state. The Pashtun are warriors tribes governed by strict tribal honor code and code of conduct and have a long history of war against other tribes and against foreign invaders of Afghanistan.
For Mullah Omar, Bin laden was a guest and an ally from the days of fighting the Soviet invasion of Afghanistan. Thus it was unthinkable for Mullah Omar, acting in accordance with tribal honor code to betray a friend, an ally and a guest in Bin Laden. For that Mullah Omar paid the ultimate price defending and honoring a man who actually did not live up to his oath of swearing allegiance and obedience to the Emir of the Faithful and ultimately betrayed him.

Ali Younes is the Editor of the Arab Daily News. He can be reached at : aliyounes@thearabdailynews.com