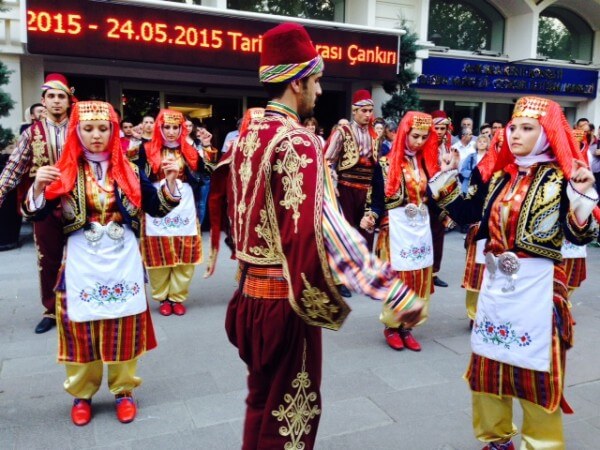 Ankara, Turkey — Turkish parliamentary elections on June 7th are fast approaching, the streets are decorated with parties’ banners, and daily candidate caravans furrow the districts with blaring loud speakers, seeking the vote for their constituency. The operation has already begun in Turkish communities abroad. It’s a “sports” contest on a national scale, yet this pastime is escalating political tension in the country and increasing predictions about expected scenarios on Monday, June 8th.

The most prominent questions and speculations concern the ability of the AKParti (Justice and Development), ruling since 2002, to obtain a majority of seats and pursue a proposed constitutional change in government. Thirteen years is a long stretch for Erdoğan political and media opponents. Certainly there is a sentiment of fatigue regarding Erdoğan among the young and the affluent white Turks.

On the other hand, his supporters and the newly-emerged middle class argue the contrary. They want him to achieve all his public policies, notably the continuity of economic prosperity, and most importantly, to pursue constitutional change in the country’s political system of governance from Parliamentarian/semi-Presidential to Presidential. 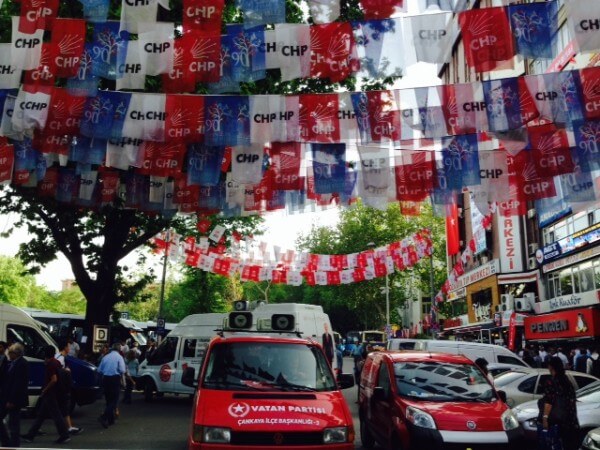 Add to that the question of the new role the Kurds will be playing in the political system espoused by President Erdoğan. This is especially important, because for the Kurds the June 2015 elections are pivotal to their full integration and the on-going peace talks in process with the AKP leaders, the tandem President Erdoğan and his Premier Davutoğlu. It is undoubtedly the most prominent political act from Ankara in decades.

The AKParti government and party leaders are making this election their spearhead in their battle against all their ideological and political opponents in calling for a “Great and New Turkey.” But arguing is no longer possible to continue under the current system of governance. Hence the AKParti and the President want to amend the Constitution through a vote in Parliament, once they obtain the necessary two-thirds seats to do so.

Are they able to reach the ideal number of 365 and not need to consult the electorate through another democratic means (referendum)?  Whether the AKParti and the President can get this comfortable majority seems difficult to answer. Further, it would be a huge challenge to win it via a referendum, because this time, the fight will be clear: President Erdoğan vs, all the rest. 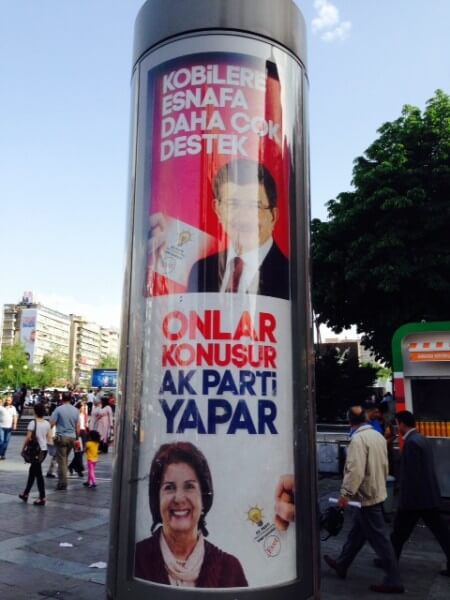 Recent opinion polls indicate the AKParti will easily achieve a majority and continue governing alone, it might even gain a few seats in the south and the southeast of the country. Indeed, the polls grant the Justice and Development Party 45% of the votes, while the remaining ratios are distributed among the other parties with the CHP party showing the highest with 125 seats in the current assembly.

However, all analysts’ eyes are focussed on the June 7th score of the Kurdish party, HDP (Republican Peoples’ Party), whose aim is to achieve the 10% required to form a parliamentarian caucus in the newly-elected assembly. This success could prohibit the AKParti getting a free ride in the legislative branch.

Turkish election law provides that any political party running in the parliamentary elections and obtaining 10% or more of the electors’ votes is eligible to enter parliament and form a partisan group. Throughout past decades the Kurds participated in parliamentary elections as independents, aware they had not been able to obtain the required 10%. But for the first time in their political history, they have decided to run in conjunction with an ethnic political party, the HDP (Democratic Peoples’ Party) led by co-leaders Ms. Figen Yüksekdağ and Mr. Selahattin Demirtaş.

In the last Presidential election the Kurdish party achieved 9.76%. This excellent score renewed the hope of the Kurds to overcome the 10%, and they are pressing in this venture to become a sort of “king-maker” in Turkey’s political arena. 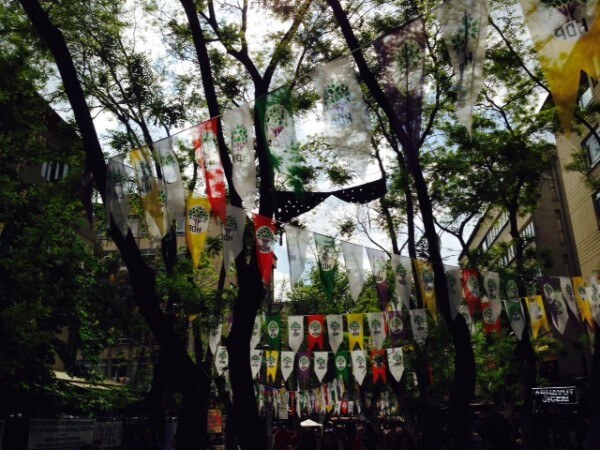 Yet politics, like any “sports” contest, generates predictions and scenarios. First, according to Turkish fundamental law, for any political party in power to be able to amend the Constitution and eventually change the governing system, that party must first obtain two-thirds of the seats in the Parliament, i.e., 367 of the 550 seats available, which now is almost impossible for the AKParti to realize.

Though President Erdoğan is calling for a count of 400! A second option is to amend the Constitution via a referendum after obtaining 330 of the 550 seats. This option seems closer to reality for the Justice and Development Party, which has 312 seats in the current assembly. According to some opinion polls, it could obtain this number by interweaving its political alliance with small parties that are close to Erdoğan’s political and ideological leanings, like the Saadat Party (Happiness) for example.

Kurds have the attention of the national media, even moderate Nationalist-Kemelists, and sectarian Turkish Alawites, who usually vote in majority CHP. All are explicitly expressing their desire to vote for an HDP candidate to stop President Erdoğan and his party’s rolling machine. But in case the Kurdish party isn’t able to jump the barre of 10%, alarmists are predicting riots in the Kurdish region and in the country in general, worse than those which took place in 2014 in the wake of the fall of Ain el-Arab/Kobani to the ISO in the provinces of Urfa, Mardin, Deyar Bekir and Batman.

Without any doubt, this is an interesting time in the modern history of Turkey. The country has been shaken by two corruption investigations involving ministers from the ruling AKParti (Justice and Development Party). Moreover, the related investigations have influenced the power struggle between two strong former allies and players in Turkish post-military coups: the AKParti and the Hizmet movement (a faith-inspired community affiliated with the now U.S.-based Turkish cleric Feth Allah Gülen).

Turkey’s democracy seems healthy, although skeptical Turks, Taqsimists and Gülenists believe the country is headed “south” under the AKParti, which is leaning East, but clearly not turning a cold shoulder to the West. Recent polls indicate that the President and his party still have a solid majority across the conservative lower and rising middle classes, who are not necessarily voting for the party’s ideology leanings, but are enjoying economic growth and geopolitical rehabilitation, despite the Syrian strategy fiasco, and are far from seeking empirical nostalgia as President Erdoğan’s opponents are claiming.

The peace process initiated with the Kurdish PKK could be an added political value for the President and his Premier. So the Taqsimists, the Gülenists and the Alarmists have the right to bang their pots and sharpen their pens and tongues to let their voices be heard. Surely President Erdoğan will listen to his people if he doesn’t want the Taqsimists, the Gülenists and the Alarmists to become Tahrirists, but for the political opposition, it’s the economy stupid.