Governments around the world manipulate their Census data on populations in order to undermine minority rights and strengthen government abuses against minorities. In the United States, the government has used the Census for decades as a means of suppressing the actual numbers of Arabs and Muslims in order to weaken the rights of Arabs and Muslims and deny them their fair share of Federal Grants and political empowerment. It’s a disturbing practice that continues unchallenged

You would think that every country would want an accurate count of who lives in their country, right?

Ah, but that’s not the case at all.

In fact, you might get the impression from the way that many countries act, that they don’t want an accurate census count because any shift in demographics, especially involving ethnicity and religion, can directly impact a nation’s policies, its spending and even its politics.

Too often, many countries embrace a Census that is based on estimates or unofficial calculations. 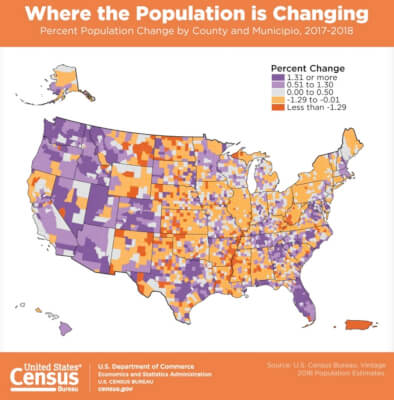 As a Palestinian, I know how important Census data can be. The United Nations abandoned the official Census taken in 1932 to instead estimate population sizes uses other means.

10. There have been two censuses of population in Palestine, in 1922 and in 1931. In 1936, in 1941 and again in 1946, the Government had made all preparations for a census, but political disturbances caused them to be postponed. There are, however, records of births and deaths for the whole population except the small Bedouin group living as nomads in the semi-desert areas of the south. On the basis of these figures, estimates of the total population and of its quantitative distribution according to various classifications are made by the government statistician at regular intervals. The population statistics of Palestine, compiled in this manner, are considered to be fairly accurate; but there is a margin of error which tends to increase as the census year on which the calculations are based becomes more remote. Only a new census can test the accuracy of these estimates.

Basically, the UN Partition drafters figured out a bureaucratic mumbo-jumbo to explain away their lack of accurate census data, allowing them to put whatever numbers into the plan to boost up the Jewish needs while undermining the needs of the Muslims, as much as  possible.

The 1932 numbers showed the Arab population was more than 6 times the size of the Jewish population (861,211 Arabs, 174,610 Jews), but that didn’t sit well with the powers that wanted to create a “Jewish State” in Palestine 16 years later, choosing to use unofficial population estimates to argue that the Jewish population, including legal and illegal immigrants was far larger, and therefore deserving of a larger land mass.

Today, Israel, the “Jewish States,” continues to manipulate its Census to preserve the “Jewish advantage” in order to justify giving more state resources to Jews and less to non-Jews. They do that by ignoring all the non-Jews that live among Israeli Jewish citizens in the Occupied West Bank and in Occupied East Jerusalem.

Nearby in Lebanon, the government is structured based in a “confessional” sectarian population balance of the three top religious groups defined by a nearly 90-year-old Census taken in 1932 which shows Christians and Muslims living in near equal balance. The President of Lebanon must be a Maronite Christian, the Prime Minister must by a Sunni Muslim, and the Speaker of the Legislature must be a Shia Muslim.

No official Census has been taken in recent years which would disrupt the current balance and reflect the growth of the Muslim community and the reduction in the Christian community because it would change the government sharing arrangement. According to unofficial estimates, the Muslim population is more than 64 percent while the Christian population is only 36 percent. With less people, the Christian minority would deserve less power. To prevent a push for a Census, Lebanon agreed in 2008 deal to give Hezbollah, which is Shi’ite, a greater voice in the legislature, including veto power over all Cabinet decisions, including appointments.

The PEW Research Center oftens reinforces stereotypes using biased standards provided by governments and a biased mainstream news media, such as the inaccurate use of statistics in determining the Census … They HATE to be criticized!

One of the main reasons why Western nations seem to manipulate or avoid Census data is to allow them to refuse to acknowledge the growth of Muslims in their population. Countries like France where the Muslim population is growing faster than in the rest of Europe, representing 8.8 percent of the French population, have implemented policies to challenge Muslim traditions, such as the wearing of facial veils and Berqas.

Are Muslims 8.8 percent of the country or are they more, or less? We don’t know officially and rely on estimates, such as those provided by the PEW Research Center. If there are more Muslims in Europe, they deserve a greater share of the resources and public assistance to encourage greater voter turnout, all the things the non-Muslim population doesn’t want to provide.

In America, the Census is taken very seriously for every ethnic and religious group except for Arabs and Muslims. More than $16.5 billion will be spent on the 2020 Census count of the estimated 329 million Americans, or about $50 per person. The U.S. Census is so important, especially in determining how much Federal grants support ethnic groups deserve.

The Census has been accurate and beneficial to minority groups like Blacks, Asians, Hispanics and LGBT community who all have special identifiers on the Census forms to solicit accurate counts.

But illegal (undocumented) immigrants are not the only victims of an incomplete or inaccurate Census in America. The biggest victims are Arabs and Muslims, a population that dominates much of the American public’s concerns, fueled by news media bias portraying Arabs and Muslims as “terrorists” or negatively.

The option to answer “Arab” or “Middle Eastern/North African” to the census question on race has been blocked from appearing on the  U.S. Census forms.

As a consequence, there is no official data on America’s Arab and Muslim populations. The estimates are low-balled, at Arab and Muslim leaders assert. This Census absence weakens Arab and Muslim demands for a greater share of funding, and representation in the U.S. Congress.

The PEW Research Center asserts there are only 3.45 million Muslims living in the United States, although again, Muslim American activists assert that is half of the actual population. Black Muslims are the largest segment of America’s Muslim population

According to the U.S. Government, there are only 1.9 million Arabs in America, but again, Arab leaders assert that number is also half of the actual number.

In the instance of Arabs and Muslims, low-balling Census counts undermines and reduces the community’s empowerment and results in less Federal funding support. It makes your existence negligible in comparison to larger numbers for other ethnic minorities. And that is done intentionally by the U.S. Gpovernment.

(Ray Hanania is an award winning syndicated columnist and US Correspondent for the Arab News. He is a veteran, former Chicago City Hall political reporter who covered the beat from 1976 through 1992. Despite pushback from mainstream American news media, Hanania has pushed to produce reporting on the reality of the challenges facing Arab and Muslim Americans. The media bias goes unchallenged by major new smedia organizations. Visit his personal website at www.Hanania.com or email him at rghanania@gmail.com. A version of this column ran in the Arab News online.)

From One Palestinian: Dear Bretha Von Suttner, Wake Up! Bloggers