From August 15, 2002 until April 19, 2012, Dylan was introduced at the beginning of every concert with this announcement by his stage manager, Al Santos:

Ladies and gentlemen, please welcome the poet laureate of rock ‘n’ roll. The voice of the promise of the 60’s counterculture. The guy who forced folk into bed with rock. Who donned makeup in the 70s and disappeared into a haze of substance abuse. Who emerged to find Jesus. Who was written off as a has-been by the end of the ’80s, and who suddenly shifted gears releasing some of the strongest music of his career beginning in the late ’90s. Ladies and gentlemen — Columbia recording artist Bob Dylan!

In 2015, the critics are in solidarity over Dylan’s covers of Sinatra in “Shadows In The Night”

While countless other contemporaries have recorded Great American Songbook collections, Shadows In The Night – Dylan’s  contribution to the concept – is not, by any  definition, a recreation of the past. There are no  sweeping strings, no operatic background singers, no ukuleles or harp glissandi or tinkly cocktail pianos. If the songs here weren’t already known, any could easily fit on “Love And Theft” or Modern Times and nobody would blink if told these were Bob Dylan originals…his singing on Shadows… is his best vocalizing in years…

This fan agrees but in 2011, I was all “tangled up and blue” over Bob performing in Tel Aviv and ignoring the Palestinian call for Boycott, Divestment and Sanctions until Israel quits being the ‘neighborhood bully’.

So I wrote him “a letter and I wrote it so kind. I put down in writing what was in my mind”  in the article Facebookers Call for Bob Dylan to Boycott Israeli Concert

Which brings me to the last MESSAGE I received from my brother a week before he committed suicide. On February 3, Jim TEXTED me:

First I wanted to let you know in case you haven’t heard, Bob Dylan has released a new album of Sinatra tunes. Thought you would enjoy that…

I already was and because among my bro’s many talents was playing blues harmonica, I will keep my brother foremost in my heart this Sunday as I enjoy my evening with Bob.

However ever since my brother strangled himself to death on Feb. 11, I have cried buckets most every day just trying to get his voice heard/read as in this Free eBook: Family Matters: Addictions, OCD and Suicide 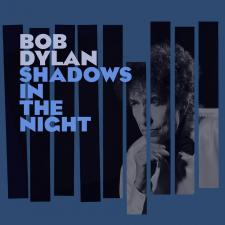 I also am remembering 1966 in the back seat of a ‘64 gold Ford Galaxy, with two of my three brothers and folks up front on our way to a lakeside vacation. Just as we were entering into the Holland Tunnel a radio announcer reported on John Lennon’s critique of my generation when he spoke with a reporter and friend in a lengthy interview:

Jesus was all right but his disciples were thick and ordinary. It’s them twisting it that ruins it for me.

My Pop nearly had a stroke at the wheel when I blurted out, “John is so right! My friends and I know every lyric to every Beatles song there is, but nobody ever quotes Jesus. And if Jesus is suppose to be on the side of the poor, why doesn’t the church sell all their art work and pope jewelry and go and feed them?”

Also in 1966 during my last week of 6th grade, by a “Simple Twist Of Fate” in Mr. Friedman’s music class, I was introduced to Bob Dylan.

I’d heard others cover his songs but I had not yet heard Bob’s voice on the radio or seen him on TV.

Mr. Friedman spun a few songs from “The Freewheelin’ Bob Dylan” and “The Times They Are A-Changin” and I “felt a spark tingle to my bones” that returns most every time I listen to Dylan.

Normally, Mr. Friedman would make us sing lame things such as B-I-N-G-O, and I would spend the hour daydreaming out the window, which I also did during math. 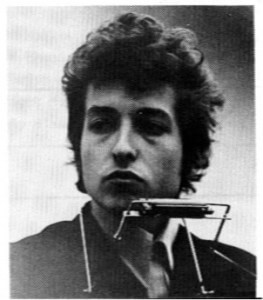 But on that particular day the subject so captivated me because my first experience of Bob was [and remains] visceral and there is something inexplicable in the trinity of his voice, lyrics and harmonica.

Nearly fifty years later and I am more hooked on Bob, but before Bob [and Beatles] my music was what my folks dug and that was mostly Sinatra.

In 2007, when my mother was diagnosed with cancer and my father Alzheimer’s Disease I began playing Siriusly Sinatra in my car as I carted my folks to and from many medical appointments.

That habit accelerated, as their conditions worsened because just listening to Sinatra made me FEEL better although Frank’s exquisite delivery of heartbreaking melodies brought me to tear.

In a review of over eighty studies on the use of music in therapeutic settings, the conclusion was that music had multiple direct physiological effects such as decreasing levels of cortisol, a stress hormone.

Music has now been used therapeutically for a number of diseases, including dementia, schizophrenia, Alzheimer’s, Parkinson’s, and cerebral ischemia. In a study of chronic pain sufferers, researchers at the Cleveland Clinic found that listening to music helped patients experience less physical pain, as well as lower rates of depression.

“His voice and lyrics haven’t always been easy on the ear, but throughout his career Bob Dylan has never aimed to please. He’s disturbed the peace and discomforted the powerful. President Kennedy could easily have been talking about Bob Dylan when he said that, “if sometimes great artists have been most critical of our society, it is because their concern for justice makes them aware that our nation falls short of its highest potential.”

See the massacre of the innocent  She was walking down the hallway while the walls deteriorated   Got the message this morning   The one that was sent to me about the madness of the comin’   I see people who are supposed to know better standin’ around like furniture   There’s a WALL   City’s on fire   Phones out of order   They’re killing nuns and soldiers    There’s fighting on the border   West of the Jordan   East of the Rock of Gibraltar   I see the turning of the page   Curtain rising on a new age   See the Groom still waiting at the altar.

In Christian lingo The Groom is understood to be Jesus.

Bob has often said he just writes down what he hears inside and he has said:

They used to convince me I was a prophet.

Now I come out and say Jesus Christ is the answer.

They say, “Bob Dylan’s no prophet.”

Come writers and critics
Who prophesize with your pen
And keep your eyes wide
The chance won’t come again
Come senators, congressmen
Please heed the call
Don’t stand in the doorway
Don’t block up the hall
For he that gets hurt
Will be he who has stalled
There’s a battle outside
And it is ragin.
It’ll soon shake your windows
And rattle your walls
For the times they are a-changin.

Dylan also gave me this mantra: “The only person you have to think twice about lying to is either yourself or to God.”

Politicians get addicted to power.

Religion has been misused for eons to divide people.

Spirit connects and everything is connected—especially when we talk about the Middle East!

On THAT DAY we call 9/11, the last thing I wanted to do was shop, but it was the very day that Dylan’s “Love and Theft” was released.

I was the only customer in the store when I arrived to purchase it shortly after I learned that the Twin Towers had fallen and the Pentagon was tattered.

I had spent three hours that morning on my circular drive rollerblading and upon emerging from the shower my phone rang. It was my daughter who told me to put the TV on and we wondered if it was the beginning of the end of the world.

It wasn’t dark yet, but it was getting there fueled by politicians and pundits calling for revenge; but in my inner ear I heard Bob from “SHOT OF LOVE” and then this verse from the Hebrew Scriptures welled up from within: “The Lord has said that he would dwell in thick darkness.” – II Chronicles 6:1

The year before Dylan released “Modern Times” I had ‘christened’ my first website WeAreWideAwake.org after my first of 8 trips to both sides of The Wall because I had woken up to some brutal reality and facts on the ground The Media was not reporting and the US Government was sustaining by way of policies and by providing Israel with over 3.1 billion USA tax payers dollars annually to continue an illegal occupation of Palestine.

The first time I played “Modern Times” the usual tingle to my bones was more of a jolt as Bob crooned:

No matter to me what Dylan’s politics or religion may be but because his music— in fact all Music keeps us forever young, I will always stay close to Bob and Frank who will always be forever young.

Stay with Me by Bob

Stay with Me by Frank

Comments (3) on “Forever Young with Bob Dylan and Frank Sinatra”