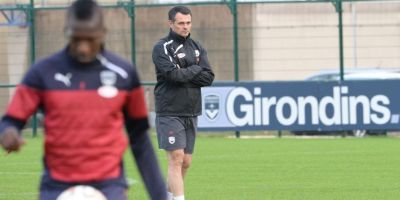 Paris, France — In soccer, when a player viciously prevents an opponent from playing out or finishing an action, it’s called an anti-game. This leads to a sanction by a yellow card or, as it is known in the soccer jargon, a biscotti.

This week, former French international full-back, the coach of les Girondins de Bordeaux has relaunched in an interview with the local paper Sud-Ouest, questioning African players’ discipline, physical and intellectual aptitude and are cheap in the foot ball market…

To some extent Sagnol’s polemical declaration is not really a news in the French football milieu; in 2011 the online French news, Mediapart.fr revealed that French Federation of Football planned to establish quotas to reduce the number of Black and Arab players in the professional teams, and eventually the French national team.

At that time, the story appeared in the national sports newspaper L’équipe. Due to the sensibility of the issue, the Sports’ Minister declared: “I can’t believe it because it is contrary to the FFF, and moreover, it is against the law and the Constitution.” 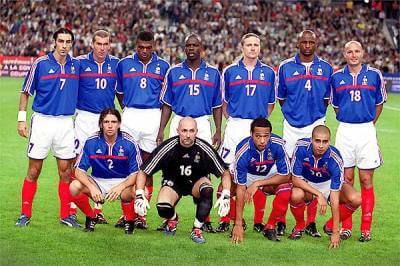 She added, “the selection of players based only on sports qualities and on the player’s ethic and respect for the French team’s jersey. It can’t have anything to do with the player’s origin nor the color of his skin.” She told L’équipe.

This time Sagnol’s statement hasn’t reached President Hollande’s office yet, unlike Blanc’s in 2011 — when the country had already been poisoned by the so-called the definition of French identity during President Sarkozy. — Willy Sagnol focuses on the intelligence, but his statement was vague whether he means it as a tactical role in the game or about the African player’s IQ!

These revelations demonstrate how much the French sports establishment is also affected by the subject of minorities. Many aspiring players of immigrant background pursue football as a means of success and integration into the mainstream of French society.

Their models achievement are professional, world-class players like Zidane and Henry.

Jean Marie Le Pen questioned the Arab and Black players about their allegiance to the French flag and their full knowledge of the Marseillaise lyrics. In this manner, a prominent socialist leader from the south of France remarked that there are not many white players on France’s national team…

What is going on in the French Football, so the rest of the story is neither really such a scoop a shocking news given the anti-sentiment immigrant growing in the national mood.

The surprise, however came from the new coach of Bordeaux, one of the ’06 squad World Cup finalist in Berlin with Zidane, Makélélé and Henry. And one remembers in 1998 for once, France came together and, where politicians failed, sportsmen excelled and everyone saw the mix of Blacks, Whites, and Beurs is the essence of the Republic.

In 2011 Mediapart.fr raised the question whether Laurent Blanc was actively involved with the FFF in discussions regarding quotas for young players of North-African and African descent. The choice of these aspirants to play for their native country of birth is critical to their chance for acceptance to a team.

Indeed, paying for their parents’ native will increase their chance for involvement at a national level or in the world Cup. 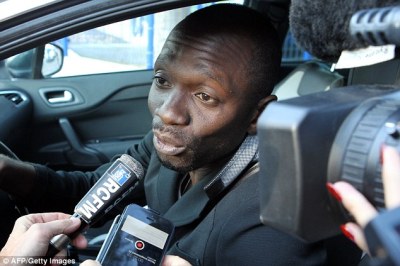 Yet Willy Sagnol like Laurent Blanc concedes a problem exists only when players have double citizenship. For example, Algeria’s national team has more than 16 players born in France.

As coaches it is frustrating when a player leaves the French selection to play for another country. What Blanc and Sagnol conveniently ignore are the racist comments and gestures from the bleachers that these young players experience at game time despite firm denials from the FFF.

As though this season, there were two Black coaches in charge of Ligue 1 teams. S.C. Bastia just fired coach Claude Makélélé for poor results, after becoming the second black coach in the French Ligue 1; however Antoine Koumbouaré R.C.Lens’ coach is seen as the face of diversity in the bench of Ligue1.

What is of greatest concern in this story is the issue of the color skin and intelligence quotient to establish a quota for sports players based on color and nationality in order to “whiten” the French national team and the French teams is blatant discrimination.

A team comprised of all backgrounds and based on athletic ability will go much farther to ensure true integration represented on the playing field of France.