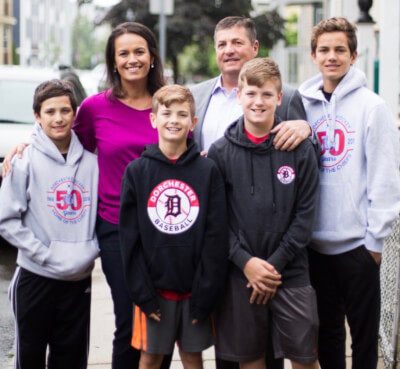 Tunisian and Polish  American Annissa Essaibi George is fighting to be elected mayor of Boston in a run-off Nov. 2. But her campaign is fighting hypocritical attacks claiming she is not a “woman of color” This column appeared in Arab News Oct. 13, 2021

When Annissa Essaibi George won one of two spots in the race to become Boston’s first woman mayor, everyone thought the main campaign issues would be strengthening the city’s budget, confronting the COVID-19 pandemic and improving Boston’s schools. Instead, the debate has focused on race.

Since 1630, every Boston mayor has been a white male. But the city will, on Nov. 2, elect its first woman mayor.

More importantly, the next mayor will also be a “woman of color.” But Essaibi George — who is half Tunisian and half Polish — has been forced to defend her Arab heritage and status as a woman of color.

Her opponent, Michelle Wu, is the daughter of Taiwanese immigrants. Heritage has become a key issue in the nonpartisan election, but because Essaibi George is “only” half Arab, half Polish, she is being criticized for claiming to be a woman of color.

It is not enough to be a woman candidate shattering the glass ceiling that has held women in America back. The same thing happened to another high-profile woman in Massachusetts politics — Sen. Elizabeth Warren.

Click here to read the rest of the column