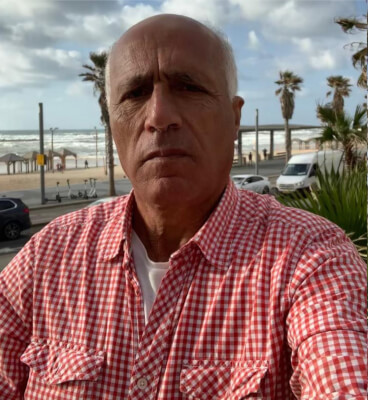 As I read the Government Accountability Project’s “Arab Daily News: Protecting The Legend of Israel’s Nuclear Whistle Blower Vanunu Mordechai, JC”, nearly six years after I wrote it; I laughed when I reached the paragraph stating:

Reason WHY I laughed was published in Heroes, Muses and the Saga of Mordechai Vanunu

After the presidential election of Donald J. Trump, The Serenity Prayer became one of my daily mantras:

After over ten years of activism seeking to end USA collusion in Israel’s nuclear deceptions, I came to understand that Israel has nothing to gain by allowing its nuclear whistle blower his right to leave the state, as well as nothing to lose by keeping Mordechai Vanunu captive; and so I accepted —as in made peace— with another thing I cannot change!

However, when I first met Vanunu in 2005, I was so naïve to believe my reporting could actually help free Vanunu.

When I became the senior non-Arab correspondent for USA’s TheArabDailyNews/TADN, I established TADN’s Vanunu Archive;

Two of the latest posts include: 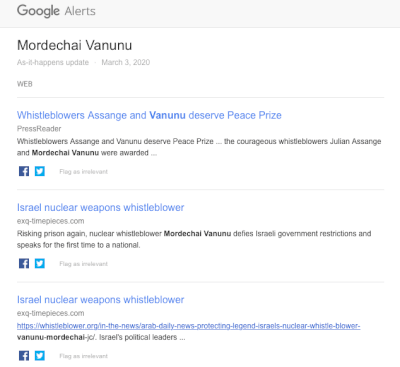 Today’s post was published because of this “Mordechai Vanunu Google Alert”: 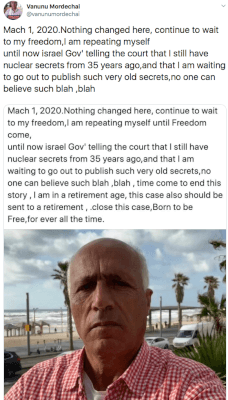