The new book for Arab Americans by political writer and Arab American activist Ray Hanania. Watch for the information on this page soon.

Yalla! Fight Back is a guide to help Arab Americans fight back against the racism and bigotry and exclusion that we face in this country.

You can make a difference

Yalla! Fight Back for our rights

Yalla! Fight Back against racism

Yalla! Fight Back against media bias

Yalla! Fight Back to free Palestine

Yalla! Fight Back to save Syria

Yalla! Fight Back to strengthen your voice in American politics

Good morning everyone … it’s the 2nd Friday of the month and you are listening to Yalla! Fight Back on 690 AM WNZK Radio broadcasting from Detroit … Go to our website at www.YallFightBack.com

Yalla! Fight Back is a part of the US Arab Radio network hosted by Laila Alhusini … it’s my effort to energize and empower Arab Americans to stand up for their right…

You can read my columns online at TheDailyHookah.com and at the Arab News newspaper and online at the ArabNews.com.

Go to YallaFightBack.com and get info on the radio show, listen online and standup and FIGHT BACK

So many issues to talk about this morning

Let’s start with President Trump … do you think Trump is the problem? Your mistaken. We are the problem. Trump recognized Jerusalem as Israel’s capital and what did we do?

What we always do. Yell, stamp our feet and yell again. In other words, we have done nothing! Worse is that the Arab World has done nothing. They are protesting publicly against Trump’s actions … but behind the scenes are making nice with Israel’s rightwing government of Benjamin Netanyahu

Ohio is about to pass another racist, anti-Arab law prohibiting Americans from speaking out against Israel’s racism and apartheid policies … it will be the 12th State …

And hey you Chaldeans … I know you don’t consider yourself Arab … but guess what … most American look at you and see Arab … they can’t tell the difference between Arabs and Chaldeans … maybe inside the Chaldean community … and I am a big champion of Chaldeans and Chaldean rights … but it doesn’t do anyone any good if we fight with each other … so whether you consider yourself Arab or not, if Americans think you are Arab, believe me, YOU ARE ARAB …

Syria is a mess … not because of Trump but because the US under Obama stopped helping to fight against the Assad regime … they want us to think it’s about refugees … is that what Arabs are, just refugees? So they are fighting over whether we should or shouldn’t accept Syrian refugees … we should but the real issue is HOW DO WE STOP THE CREATION OF REFUGEES by Syria’s dictator Bashar al Assad

HOW TO FIGHT BACK:

1 – Don’t focus on the Consequences of problems alone. Address and correct the problem itself.

2 – Unite as a community

5 – Fight back … not violence, speaking out

7 – Emotion and anger is not a strategy. Use effective strategic communications to make a difference. 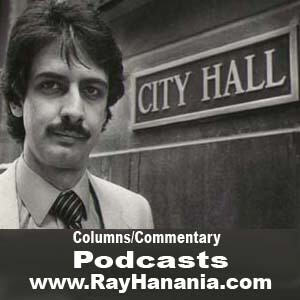