New book empowers Arabs to fight back against media bias

New book empowers Arabs to fight back against media bias A new book that empowers Arabs and Muslims in America to effectively confront and change news media bias  was published this week by award-winning Palestinian American columnist and former Chicago City Hall journalist Ray Hanania. Yalla! Fight Back offers a strategic plan for Arabs and… 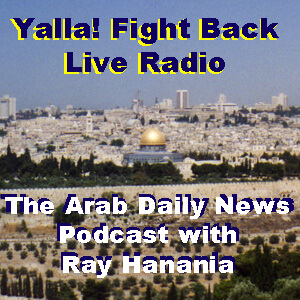