As wildfires grew closer to the city of Gatlinburg and surrounding areas, the Rocky Top Sports World facility transformed from a world-class sports complex to an emergency community shelter. In a matter of hours, the Rocky Top Sports World team duties swapped hosting basketball tournaments for hosting hundreds of displaced people and evacuees, but they didn’t stop there. In the most unlikely of circumstances, the team also hosted a rather unlikely Christmas party.

More than 700 cots were set up in the facility’s 53,000 square-foot gymnasium, the concessions area became a resource room dispersing food and water, the loading dock used for portable showers, and meeting space converted into a triage room.

A New Level of Team Work

“There were 3 Rocky Top team members here the first night during the evacuations. We were terrified because of the high winds and rush of evacuees, but we accomplished a lot. I really can’t say enough about the staff; everyone was selfless and pitched in. We were running a 24/7 operation,” says Lori McMahan-Moore, general manager of Rocky Top Sports World whose on-site team in the early hours included Haley Fugate and Jordan Ogle. She continues, “Our dedicated employees made the long-term operation a success. I’ve learned more about compassionate leadership in the last two weeks than in 20 years.”

As local areas abided the mandatory evacuation, the facility began to fill up with more and more vacationers, residents, and emergency workers alike. McMahan-Moore goes on to describe how every inch of the facility was used – from the Red Cross utilizing the staff workroom for a command base, to the marketing director’s personal office becoming a call center, and their conference room hosting the chamber of commerce. “I speak for the whole staff when I say, we were blessed to be able to serve this community,” says Moore.

But the staff didn’t stop at just supplying basic needs, they brought the spirit of Christmas to the facility.

“When we threw the Christmas party for the shelter guests, it was one of the greatest moments in my life,” says Lori. “It was a spur-of-the-moment idea and I thought – we have got to make this happen.”

It wasn’t just the Rocky Top Sports World staff that made the party possible. “Ripley’s Aquarium provided a Christmas tree. A friend from Dollywood brought Rudolph and elves. The Zac Brown’s Southern Ground Team supplied the most unbelievable amount of toys you could imagine. They delivered stockings and clear ornaments and a volunteer group brought in an art teacher. Glue, glitter and paint covered the lobby while the kids decorated,” recalls McMahan-Moore.

The staff even pulled together a Christmas parade with Rudolph, elves, the Rocky Top Sports World bear mascot, and of course Santa himself.

“They walked in with armfuls of toys…and everyone in the room was crying tears of joy and laughing for the first time in days. The kids all sat quietly until Santa called them up to choose a gift. Everyone was playing with the kids, singing ‘Rocky Top’, and doing the Hokey-Pokey. We were in an emergency shelter and sharing the Christmas spirit. It was a magical experience.”

Ready to host the next basketball tournament or special event, the facility has been cleared and cleaned of emergency supplies and personnel. Rocky Top, like the city of Gatlinburg, is open for business once again.

General Manager Lori McMahan-Moore: “We served a purpose outside of our normal role in the community. We are Gatlinburg, a part of the ‘Mountain Tough’ family.”

Rocky Top Sports World is one of the numerous facilities managed by The Sports Facilities Management group (SFM) nationally.  SFM CEO Jason Clement commented that this event has led his team to review their disaster relief protocol for all of their sports facilities.  Clement went on to say, “We are encouraging all of our consulting clients to do the same. The fires in Gatlinburg demonstrate that large sports facilities like Rocky Top Sports World need to be prepared to jump into action when needed. Lori Moore and her team on the ground are role models to us all.”

Disaster relief funds for the affected residents of Gatlinburg are being accepted online through the city’s Chamber of Commerce Foundation here: https://app.mobilecause.com/form/j-ECXA 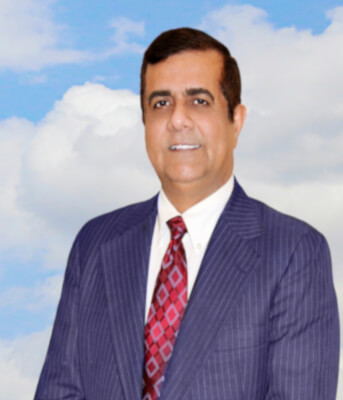 How do you explain a newspaper to today’s youth? Baby Boomers