It’s 2011, and Bahrain is a divided society. Childhood friendships, families.. split down the middle, seemingly pitting Shias on one side and Sunnis on the other. Can, and how – will people reconcile?

Author’s note: the episode above is different from the article below.

“When my 8 year old came to ask me what was going on in Bahrain [in 2011]…” remembers Basil, a Bahraini, “How do you explain this to an 8 year old? I had to do it carefully. I actually told her some people are fighting over who loves Bahrain more. And then she asked me, Baba, are we Sunnis or Shias? This truly hurt. I told her, we’re Muslims. That’s it.”

When political conflict escalated in February 2011 in Bahrain, “it was like an instant separation,” recalls Yasmine, another Bahraini. Sunnis on one side, Shias on the other. But, the situation was more complicated than pure sectarianism. 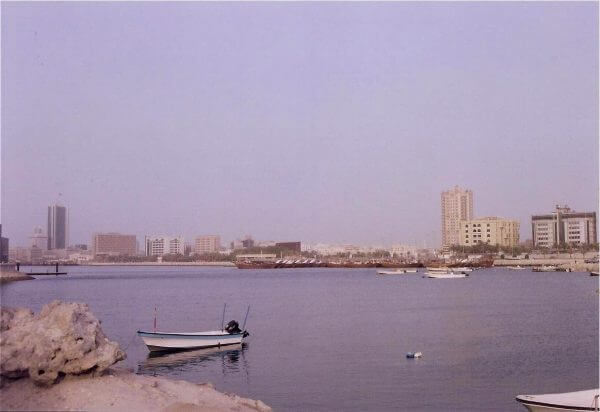 “The sectarian issue is a very complicated one,” notes Jane Kinninmont, Senior Research Fellow on the Middle East and North Africa Programme at the Chatham House Think Tank in the United Kingdom. “The political disputes in Bahrain don’t fall neatly along Sunni / Shia lines. Part of what is going on is good old fashioned class politics; the places that have been most involved in protests have been places that are relatively economically marginalised and where young people feel that they don’t have much of a stake in the country. But their view of the government will often be quite different than those that have a same religious belief and a different educational and class background.”

Now, Bahrain has a strong tradition of civil society and political dialogue with established NGOs, media, and a parliament – more so than many of its Gulf neighbours. Movements calling for greater popular political representation in Bahrain can be traced to 1938 (BICI, 36), through the 50s, 60s, and into the 90s. And these movements were sometimes Sunni-led, sometimes cross sectarian, sometimes secular. 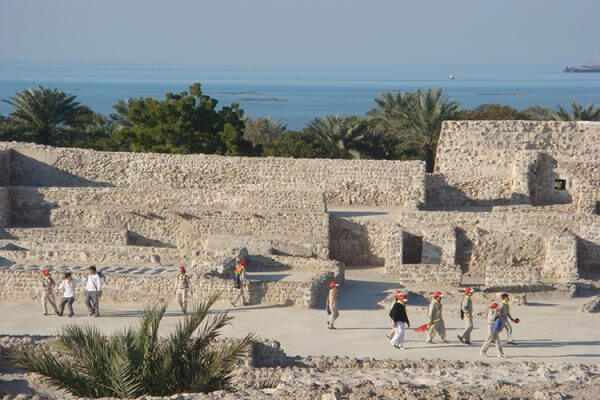 But, life moved on. Fast-forward 10 years: a revolution begins in Tunisia, another in in Egypt, and a group of Bahrainis create this Facebook page urging citizens to take to the streets on February 14, 2011. In the first two weeks, estimates place the opposition crowds at the iconic Lulu Roundabout at around 100,000 on some occasions (BICI, 88). Whereas elsewhere on the island, pro-government supporters congregated in places like Al Fateh Mosque as an alternative forum, and estimates place these crowds also at around 100,000 (BICI, 86). 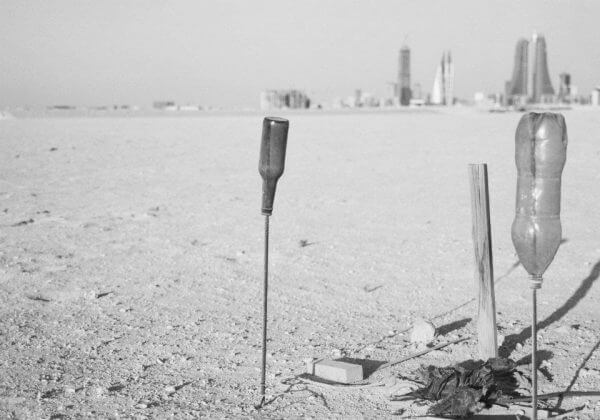 Castles in the sky and in the sand, Bahrain. Photography by Hebah Fisher

The two sides reductively became associated with their representative sects: the pro-government supporters were associated with Sunni Islam, because the ruling family is Sunni, and the opposition protestors were associated with Shia Islam, a disputably claimed majority of the Bahraini population (often cited as between 60-70%). Regardless of their religious affiliations, however, each side was fragmented further in their ideologies and political demands.

The political crisis, as it was felt on the streets in the small island of 1.3 million people, had severe social consequences.   “A lot of people took the saying, ‘if you aren’t with me; you’re against me’ to heart,” remembers Basil. “A civil uprising shouldn’t take place in a culture like this. Who will we fight against? We are brothers and sisters, one family. Most people don’t realise how small and interrelated Bahrainis are.” 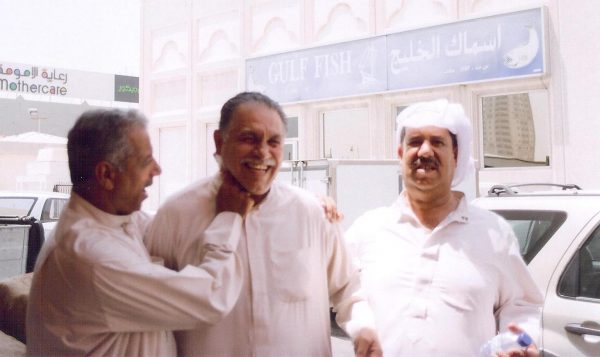 So we began wondering, how does a society come back from these types of polarising divides?

“I’m not a politician,” says Suhail Algosaibi, founder and chairman of the Bahrain Foundation for Reconciliation and Civil Discourse. “I can’t bring the government and the opposition together and talk; it’s not within my scope. So I had the idea of doing something on a societal level.”

Suhail rallies some friends together and starts the Bahrain Foundation for Reconciliation and Civil Discourse (BFRCD) in 2012 as an apolitical reconciliation effort. The BFRCD gathers, at least once a month since their launch to date, seemingly opposing people together for a seminar, workshop, field trips to South Africa and Northern Ireland to learn from other nation’s reconciliation experiences, for unity prayers where Shias and Sunnis pray side by side, or for what they call dialogue dinners: 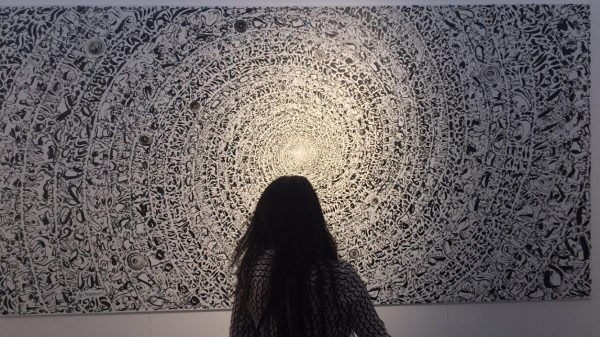 “We try and mix both noble sects, Shia and Sunni; we try and mix ideologies, people who are perhaps more pro government, more opposition leaning, we try and bring young and old people together and, we try to always have some representation from the ruling family.”

Suhail invites an intimate group of 30-40 individuals to his late father’s house for dinner and a discussion. The nightly themes vary from the role of media in reconciliation, to religious authorities, to general open dialogue. Each attendee has the floor for 3-4 minutes to speak, and, invariably, people pour their hearts out.

“Funnily enough, when people get the chance to talk, they don’t really answer the question. They vent out what’s kept inside,” muses Yacoub, who has attended three or four of these dinners as a BFRCD member.

The dinner party pauses halfway through, and enters another room for dinner. “And this is usually where the interesting conversations will come out because everyone’s vented out and can relax,” continues Yacoub. “And we would chat about regular stuff, what do you think about this, what do you think about this.” After dinner, the group resumes the dialogue part of the evening and, “And again, everybody would have a turn to say something, and usually these second rounds become, sort of, more quiet. The tone is much quieter, it’s more relaxed.”

“For us we don’t even want people to agree on something,” says Suhail. “We just want them to look at the other side, and say he’s not a monster, he’s not really crazy. And I think that’s the magic of this. Is to let them see the other person as a human being.” 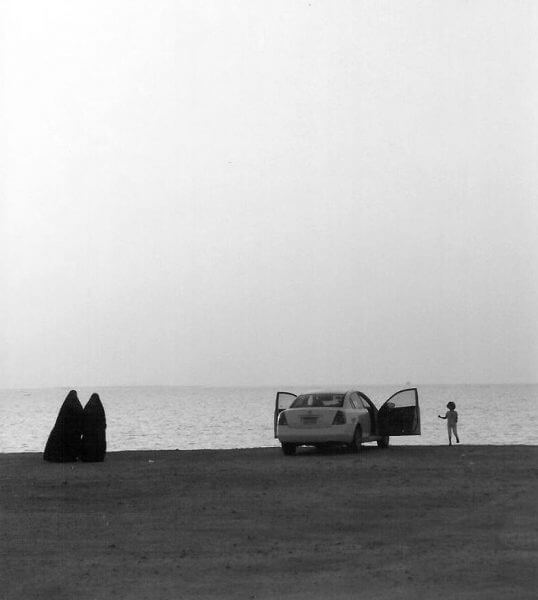 As you might imagine, the role of the facilitator is key to this process: “My role is not to reinterpret the meanings because it means what it means to you,” says Suhail. “If the other person heard something else, then he has to respond to that, you see? If someone is extremely conservative and hardline, let them be conservative and hardline. It’s their right; it’s their prerogative. You can’t be moderate unless you’re compared to more extremist persons.… What I can’t allow to happen is that one person will bulldoze the other, and when people try and do that, my role is to try to calm people down.”

As an example, a few years ago someone on Twitter started verbally attacking Suhail. “He said, Suhail, I hope they take your children so you know where we’re coming from on this. Of course this is a very hard thing to hear. He accused us of being in the Ministry of Interior. But I replied to him calmly, and eventually he apologised. He showed a picture of where he’s living and said his wife had sickle cell disease.” BFRCD invited the man to one of the dialogue dinners, and he came. Since, the man has hosted BFRCD for events in his neighbourhood and has become an unofficial ambassador for the Foundation. 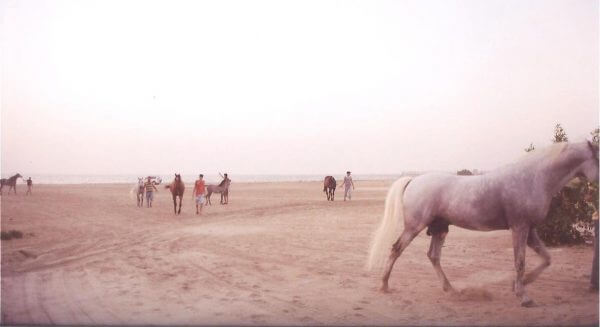 Are grassroots community efforts like this the solution to social reconciliation in Bahrain? Perhaps, but we also should be careful not to idealise such a process. BFRCD admits the absolute “hardliners” never come to their events, despite repeated invitations, and the hardest piece for the Foundation is quantifying their impact. And as for their members?

“It won’t bring significant change in a very short period of time. But it’s something that, if done over a long period of time with consistency, will have a lasting effect, I think,” speculates Yacoub.

We fact-checked our data to the Bahrain Independent Commission of Inquiry (BICI) report, a government commissioned report in 2011 that claims complete financial autonomy from the government of Bahrain.

Update 29 August 2016: The episode erroneously claims Yacoub is a current member of the Bahrain Foundation for Reconciliation and Civil Discourse; he is only a supporter of their efforts.