American Arab football star Johnny Manziel was benched Wednesday as the starting quarterback for the Cleveland Browns after another incident described by team management as “unacceptable” off-field behavior.

Manziel, the son of a wealthy Texas wildcatter who immigrated from Lebanon in the late 19th century, grabbed the sports spotlight in 2012 earning the Heisman Trophy while at Texas A&M University.

Manziel was the most anticipated professional football player to enter the professional football draft last year in May at the Radio City Music Hall in New York City. He was expected to be picked in the first round draft. Instead, he sat sullen-faced until the 22nd round when he was picked up by the Cleveland Browns.

Manziel’s persistence seemed to pay off last week, when the Cleveland Browns named Manziel as the replacement for starter quarterback Josh McCown, who was injured during the Pittsburgh game Nov. 15.

As Cleveland’s new starting quarterback, it seemed like Manziel was back on track.

But as quickly as he rose, he was toppled. This week, a video showed him partying wildly and Wednesday, Cleveland Browns Coach Mike Pettine announced the team was benching Manziel.

“Everyone in this organization wants what’s best for Johnny. He has shown tremendous improvement,” Pettine told reporters after moving Manziel from starting quarterback to the lowest ranked “third team quarterback.”

“But he has got to make better decisions. We are going to continue to coach him in every way possible to get him where he needs to be. This is a decision I know for him in particular stings in the short-term but feel it is absolutely necessary to maximize his chances for future success.”

Pettine said it was “fixable” for Manziel, adding he could return as a starter next year.

“Last week, we made him a started. You can see how quickly that has changed,” said Pettine who noted that Josh McCown would return as the starter quarterback in Monday’s game against Baltimore Ravens. “On the personal front, we all recognize he (Manziel) has a ways to go.”

The party video was only the latest in a series of off-field bad behavior. Last year, Manziel reportedly spent the post season in rehab for a drinking problem. The Cleveland Browns stood by him and supported him as he worked to overcome his troubles.

Then, on October 12, police were called in following several 9-1-1 calls involving a domestic incident with his girlfriend, Colleen Crowley. Crowley reportedly admitted to police that she had been drinking but Manziel was not given a sobriety test.

The last straw for the Cleveland Browns was the video, which showed Manziel partying and holding a bottle of champagne while singing rap music after last week’s Ohio State-Michigan State game at Columbus, Ohio.

While playing for Texas A&M University, Manziel broke numerous NCAA, FBS and SEC football records including becoming the first freshman and fifth player in NCAA history to pass for 3,000 yards and rush for 1,000 yards in one season. During his record-setting performance as quarterback of the Texas Aggies, he earned his nickname “Johnny Football” for his spectacular performance. The nickname is now trademarked for him.

Manziel is the great grandson of Texas oil wildcatter Bobby Manziel who grew up in Arkansas and was a sportswriter for the Fort Smith newspaper. Bobby Joe Manziel was also a bantamweight boxer known as “The Syrian Kid” when he was younger and who was friends of and sparred with the great boxer Jack Dempsey.

It was Dempsey who reportedly loaned Bobby Manziel the money in the 1930s to invest in oil drilling in Gladewater where he stuck a huge oil find to become one of the richest families in East Texas. The first oil well was called the “Johnny Manziel-Jack Dempsey” Oil Field Number 1. Manziel went on with Dempsey to discover nine fabulously productive oil fields and named each one after one of his children.

Manziel isn’t the first American Arab to play in a professional American football league. Manziel once told reporters his personal hero was 1984 Heisman winner Doug Flutie from Boston College, who is also of Lebanese ancestry.

Manziel was 11 when a 41-year-old Flutie beat the odds and returned to the NFL after having been traded to the Canadian Football League. 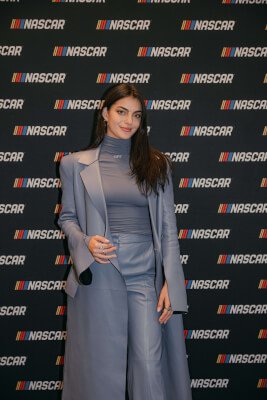