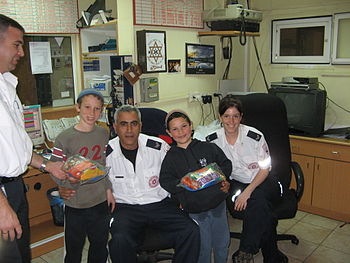 The Magen David Adom, the so-called emergency and ambulance service for the “Democratic” State of Israel, has been proven to be discriminatory and driven by hatred.

The MDA has intentionally delayed emergency treatment to Palestinian Christian and Muslim victims and have often allowed the victims to die rather than provide them medical service.

The MDA is a disgrace.

Here is a video montage put together by the Euro-Medical Observer team that shows the bias of the Magen David Adom: