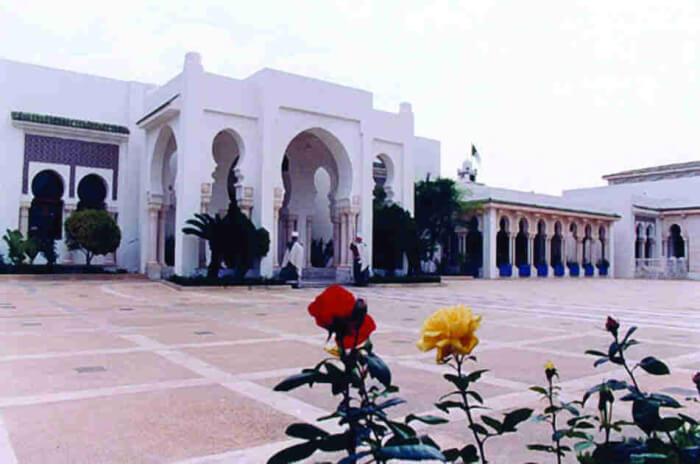 The Algerian-born French writer, Jules Roy, wrote once “… if the French Empire had applied the motto of the French Republic, it would not have lost Algeria.” This year July fifth marked the fifty-fifth Anniversary of Algerian Independence.

President Bouteflika in his written speech on that day congratulated his fellow citizens on their celebration of their independence and asked France to apologize for its colonization’s atrocities “…our people still demand from France to acknowledge the suffering caused to millions of Algerians…”said the President.

Speaking from Algiers in February, 2017, then-candidate Macron described French atrocities as “crimes against humanity,” which sparked outrage from the far-right and the right political leaders and the Parisian elite. Before him, in December, 2012, then-President Hollande, during his official visit to Algiers, acknowledged his country’s occupation was “unjust and brutal,” but didn’t speak about apology.

In this love-hate relationship between the two nations, story lines still make headlines and slow, ping-pong exchanges between Algiers and Paris regarding Algiers’ insistence that France apologize for its crimes and atrocities committed during its 132 years of colonization and France’s reticence to do so. 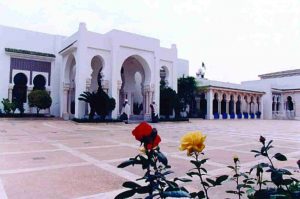 The nationalist conservative element in Algeria uses this issue as a means of demonstrating its patriotism and Arabism at every national liberation war holiday, i.e., November 1st and July 5th, to de-legitimize and discredit Algerian liberals and Francophiles. They persist further just to upset Paris, directing military and economic interests to Washington, Berlin, Moscow, or Beijing, and “by-passing” the French.

While political opportunists in Algiers are trying to score empty political points, the people “get it” and get it well because they know the historiography between the two countries is very real. Algerians still use French colloquial as a tool of daily communications.

However, if French is not a semantic language among the liberal elite and the bourgeois milieu. Algerian Prime ministers and cabinet members, high public servants and military officers even sports leaders alike use French on any public declaration occasion before the media and the masses to appear educated and “civilized.” 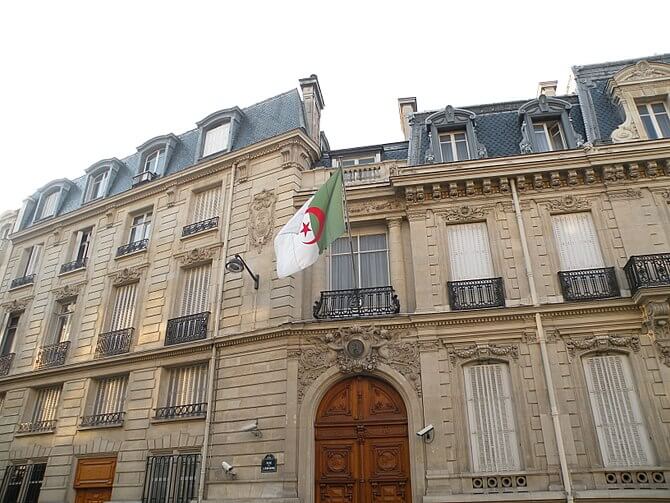 Further, if Paris would lift visa restrictions tomorrow, millions of Algerians would land in the southern cities of France. Let the emotional factor aside, the reality-check shows the large majority of the population was born after July, 1962, but the history curriculum that is taught is that dictated by the regime.

Those interested in a first-hand account of the Algerian resistance can get it from the expressive faces of their parents and grandparents or read credible academic works by the academic historians of the revolution, Mohammed Harbi, Benjamin Stora and Yves Courrière, writers who themselves lived through the events.

It seems silly when one hears that Algiers wants Paris to present an official apology like that which former Italian Premier Silvio Berlusconi presented to al-Gadhafi in 2008 regarding Italian fascist crimes in Libya. As a result Libyans paid a heavy price for that symbolic gesture; the Libyan opposition begged Rome to overthrow the al-Gadhafi regime using NATO’s air force as a cover-up.

On the other hand, Dr. Abdelhamid Mehri, an intellectual and liberation war hero, former Ambassador, Minister and FLN Chairman once asked why didn’t Hanoi ask Paris or Washington to apologize to the Vietnamese people for crimes committed during their occupation of Vietnam?

Algerians fought for their dignity and identity and to preserve the sovereignty of their native soil. They strongly rejected any special administrative status from Paris. They did not negotiate for a seat in the French Parliament. Instead, first the Algerian elite, then the people themselves, rose up against the tyranny that threatened their very existence. As Professor Belhadi, Professor of History at Algiers I University, put it, “they (Algerians) fought for every inch of their soil to be a sovereign nation and a state.” So why should they, humiliated militarily and brought down geopolitically, ask for an apology now?

A serious, credible witness from one of the southern cities told me that the politicians who are beating the drum in Algiers over the issue of an apology from France, are, at the same time, coming here for their bi-yearly check-up and medical treatment, sending their children to study, and their wives to shop in France.

Some Algerian diplomats, he continued, at the termination of their service, leave their wives and children behind hoping for them to get a ten-years’ residency card and eventually French citizenship.

The same request was repeated years later during former-President Hollande’s visit when he was welcomed with open arms and people asking for visas and to lift visa restriction.

Every day people die in the Mediterranean, embarking in death-boats, in search of a better life on the European continent.

The evaluation of the past should not stop with memory alone, but perhaps the transmission of that memory and the lessons it bears can be delivered to the young, who are so lost in the hypocrisy of the times.

They are the future and they know that both countries must establish a sincere relationship based on trust, mutual respect and shared interests, with economic and academic cooperation, and surely on the issue of national security.

For example, consider the persistent menace of the AQMI/ISO. Years since, raids in Mali against al-Qae’eda militants in the Sahel camps. led officially by the French army, are proof of solid military and Intelligence cooperation between Algiers and Paris. Hence, as the Libyan and the Malian quagmire depends, Paris is desperately looking to Algiers to save its face from this dilemma, which former-President Sarkozy generated in the region.

Algerians are known for their neef (nose, “nerve”) in asking for an apology from France. They are profoundly proud of their victory in the war for independence. Symbolically they have a right to question the May 8, 1945 massacres by France and tortures during the liberation war of 1954-1962.

In sum, the real acknowledgment has been made, but politicians do not interpret it that way. Professor Assia Djebbar, a daughter of Algeria, lived and studied under the rules of the colonization. Yet she fought vehemently for her country with her pen, using the language of the occupier.

In 2005 she was elected a member of the prestigious French Academy, the first writer from North Africa to have that honor.

So, this is the 21st century preamble of the Algerian-French history page, and what Algerian elite and the street would hope to see from France then and now — for Algerian people justice and equality, from their leaders, good governance and accountability.