Last month in Oakland, four days of demonstrations by Block the Boat activists stopped the Zim Piraeus from fully unloading the ship’s cargo, and it eventually left for Asia.

Ed Mast, one of the blockade organizers on the west coast explained, A full day’s delay costs ZIM not only the extra running time money for fuel and staff, but also potential losses in cargo diverted to other ships, as well as credibility with customers that might start to distrust the irregular schedule, and credibility with other shipping lines that might refuse to share berths with ZIM at this and other ports.

Block the Boat activists are a working group of individuals from diverse backgrounds, organizations, communities and experiences. We blossomed out of a recent Palestine solidarity rally that took place in Oakland, CA. This group has formed specifically to organize an emergency direct action in response to the unforgivable atrocities in Gaza that Israel calls ‘Operation Protective Edge’.

In response to the BDS movement and in particular the blockade actions and mobilizations against ZIM Integrated Shipping Services, Israeli Sea Officers’ Union Chairman Avi Levy said, We are familiar with these boycotts. It started following the Marmara incident — when, in South Africa and other places, ZIM vessels were not let into their destination ports.

This Saturday, Israeli based Zim Shipping Company will be met by Block the Boat activists who will gather at 5:00 AM near the cargo entrance at 2002 Maritime Blvd in Tampa, Florida

One of the organizers for Tampa Food not Bombs  is Dezeray Lyn. In an exclusive interview with The Arab Daily News she said:

The reason I am involved is because this is a fundamental issue of human rights.

I am involved because institutionalized racism is wrong, because the continued murder and colonization on Palestinian land is an atrocity and because this issue affects us all.

I am shocked and ashamed at the United State’s funding of a violently imposed humanitarian crisis in Gaza.

Israel is massacring with impunity and this is the collective consciousness’s response to that massacre. I act and stand in solidarity with every person worldwide who resists oppression, occupation and murder.

Block the Boat Tampa’s first blockade action took place on August 30th in intense heat with nearly fifty people who stood at the mouth of the Port of Tampa to unite against Israeli apartheid being offloaded into OUR port, in OUR community. We said NO!

We act so that business doesn’t go on as usual while in Gaza, Palestinians are walking through the rubble of their homes as mothers and fathers are still agonizing over the slaughter of their children and entire families have been violently erased from the face of the earth.

We seek to do what governments globally have failed to do: to isolate Israel, in this case economically, for their crimes in Gaza, for their pillage, theft and murder.

Carolina Cositore, journalist and author of the Valária Hernández mystery series and member of Jewish Voices for Peace* told The Arab Daily News:

I have always been involved in the Israeli-Palestinian conflict.

I am Jewish, and every Jew is viscerally involved with Israel.

The fact that Germany, the most liberal and accepting of all countries in the world for Jews at that time, allowing Jews to attend universities, work, teach, live among Gentiles as -almost- equals, could instigate a purposeful herding with the avowed intention of destroying every Jew in the world, and in fact killed six million Jews affecting every Jewish family in the world, is intimately part of our experience as a people.

This bizarre plot is still too close and we always fear and believe it could happen again…here…wherever here is.

And it is not simply paranoia, anti-Jewish antisemitism is a fact in the world for stupid prejudicial ‘reasons’: killing Christ, drinking the blood of Christians at Passover, ruling the world as capitalists, working to overturn capitalism as communist revolutionaries, etc.

So a refuge, where they have to take you in, is more than just a perk for Jews, it is felt to be a necessary safety net and, if it is in the ancient homeland, where Jews throughout the centuries have longed to go and have returned in their old age to die and be buried…what more could you ask?

Now, most Jews are taught to be humanitarians -truly- so we are therefore not taught that our safe haven belonged to other people.

We are taught that this desert was ‘a land without people for a people without a land,’ and the -understood to be few- people (rarely called Palestinians) living in the land left in 1948 under the Arab promise they could return and claim all the flowering Jewish homes and property.

So while Israel did accept all Jews thrown out of Arab lands, it was generally believed that Arab/Muslim countries would accept the people from Palestine…they did not.

This was not perceived to be Israel’s problem, it was a Muslim problem and these are basic ‘facts’ for almost all non Israeli Jews.

I am an intelligent, educated woman and have been a very left wing political activist all my life, but I spent my life as a peep: progressive on everything except Palestine.

This is because for years I believed everything I had been taught about Israel.

In those days before Internet, my sources were Zionist or fiction like Exodus, no Palestinian at all, and our ‘objective’ media like the NYT did nothing to dispel the notions I thus carried strongly and stubbornly.

In 1994, I was fortunate to go to Israel and Palestine with a pro-Palestinian rabbi. We did not go to Gaza, but to the West Bank and so I met and talked with Palestinians for the first time.

The following year I returned with two of my children, but except for a short visit to Amman and a trek in the Negev where we met Bedouins, we stayed in Jerusalem and, while we went to East Jerusalem, our contact with Palestinians was limited, although I did develop an aversion to fanatically religious Jews.
My political focus at that time -since my visit there in 1989- was Cuba.

In 1998 I moved to Havana, found a job with a press agency and remained there until 2008 with short trips back to the US to visit family.

The Cuban press of course influenced my thinking about Palestine, but it was never central for me.

For familial reasons I returned to the US in 2008 and was shocked at Operation Cast Lead (by now I received press information from Prensa Latina online) and, still with Latin America in the forefront of my activism, joined J Street in Philadelphia.

J Street, as you know, is a mild liberal Zionist lobbying group for a two-state solution, which I viewed as just that, an inoffensive lobbying group.

I was therefore amazed to witness, at a meeting of Jewish press that I attended in Philly, an angry vilification of J Street members as being anti-Israel, from members of the press as well as the audience.

Moving to Florida a few years ago and believing that ‘the big tent’, as Jews sometimes refer to collective people-hood (allowing room for everyone within), should have room for a mild lobbying group – no name calling or finger pointing – just wanting everyone to get along and to stop expanding settlements.

Last year, as a member of an Israel Committee in a liberal synagogue in Florida, I attempted to have a member of J Street address the congregation. This was discussed, considered too controversial, and was not permitted.

I resigned from the synagogue, because obviously I did not belong there and this was an intellectual political decision.

I did not consider this my issue any more than climate change, GMOs, modern slavery, farm workers’ rights. LGBT, all of which I work for or against -supported by the synagogue- but for me at an emotional distance.

I am pro or con ideas and actions, and definitely act on my beliefs, but I choose my passions, or perhaps my passions choose me.
This summer Israel broke my heart.

Not hyperbole. I was distraught and I could not sleep.

A country I looked to and expected to embody the best of Jewish philosophy – one I intimately identified with – was heartlessly murdering children and giving ridiculous excuses or justifications for this.

Articulation fails and such feelings seem to call up trite descriptions: beyond my belief.

I also did not at first accept the early photos of Jewish settlers laughing and celebrating the bombings – but the photos and the facts kept coming.

All I could do here in Florida was buy a keffiyeh, write to people on the Internet, attend a vigil and then help put together a very small protest, and cry and rage.

I did a lot of both crying and raging alone except for Internet this summer.  I did try, through a Jewish listserv, to arrange a peaceful discussion between American Jews and American Palestinians, but the listserv refused to even present the option to the community.

I have not been to Gaza and feel, since I am not a doctor or a technical person of use, that I would only use resources the people of Gaza need. I don’t need to be convinced by going there as a media personality or tourist.

What Americans need to know is the truth [and] we need to reach middle America.

All we can do is keep on showing, protesting and telling the truth.

It is important to block and protest and counter every single Hasbara assertion.

Floridians need every type of progressive thought, but boy, do Jewish Floridians need JVP to see that one can criticize Israel and not be a self-hating Jew.

I am very proud to be a Jew.

All need to see that what Israel is doing is evil and must be stopped.

Pulling the plug on the money is essential. 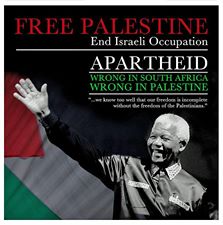 *Jewish Voice for Peace/JVP members are not necessarily Jewish but are inspired by the Jewish wisdom regarding social justice.

JVP members work together for peace, equal human rights, respect for international law, and a U.S. foreign policy based on these ideals. 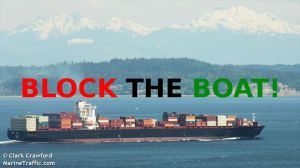