On Friday October 16, an international BDS wave of action kicks off against Israel’s decades of occupation, settler colonialism and apartheid policies under the banner #SolidarityWaveBDS

BDS is a strategy that allows people of conscience to play an effective role in the Palestinian struggle for justice.

On Wednesday the Palestinian BDS National Committee (BNC) issued this call for action to people of conscience:

Starting this weekend, join an international wave of action in solidarity with the Palestinian struggle. People of conscience who want to stand with the Palestinian struggle are urged to take action and develop Boycott, Divestment and Sanctions (BDS) efforts.…An effective international response is urgently needed to pressure governments, institutions and corporations to end their role in Israel’s crimes. 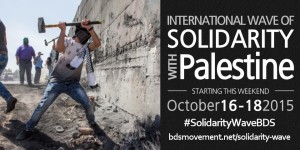 Boycott, Divestment and Sanction/BDS was initiated by Palestinian civil society in 2005 seeking to end the Israeli Occupation and for upholding international law and the Universal Declaration of Human Rights—which the Establishment of Israel’s very statehood was contingent on upholding!

On the day of the termination of the British mandate and on the strength of the United Nations General Assembly declare The State of Israel will be based on freedom, justice and peace as envisaged by the prophets of Israel: it will ensure complete equality of social and political rights to all its inhabitants irrespective of religion it will guarantee freedom of religion [and] conscience and will be faithful to the Charter of the United Nations.” – May 14, 1948. The Declaration of the Establishment of Israel 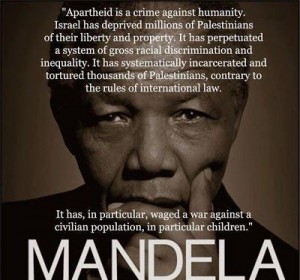 The First Palestinian Intifada was a spontaneous and largely nonviolent uprising against the Israeli Occupation of the West Bank and Gaza, which lasted from December 1987 though to 1993, with the signing of the Oslo Accords. The Second Intifada began in September 2000 and lasted until 2005- the same year Palestinian civil society called for BDS!

Current events in the Holy Land could evolve into the Third full-fledged intifada because a new generation of Palestinians has risen up en masse while out of touch governments ignore the root cause! Palestine has always existed in the belly of Israel and not so very long ago apartheid in South Africa was the status quo!

Today thousands of Palestinian youth in Jerusalem, Gaza, Ramallah, Hebron, Bethlehem, Jaffa, Nazareth and all points in between have taken to the streets against Israel’s occupation and apartheid policies.

These youth are celebrated for “shaking off despair and liberating their minds of the myth of oppression as fate. They are also nourishing the entire Palestinian people’s aspiration to self-determination and living in freedom, dignity and a just peace.”

Today’s youth-led Palestinian uprising is their response to being born under a brutal military occupation which ignited into mass demonstrations because of Israel’s increasing attacks on the Al-Aqsa mosque compound, theft of land and home demolitions, the tightening of the siege on Gaza and new racist measures against Palestinian citizens of Israel. 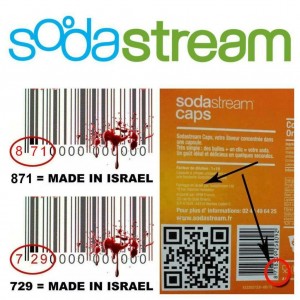 Global Citizens of Conscience are sending their message to Israel by not buying any products with a bar code starting with 871 or 729. Bar codes are a good identifier but read the label on the product to find the country of origin. There is also an APP to help with that: 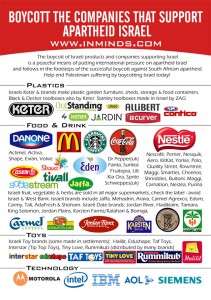 READ what the BDS Scholars have written:

READ WHY it is Apartheid in Israel Palestine

Comments (2) on “BDS, Intifadas and Calls to Conscience #SolidarityWaveBDS #FreePalestine”