Last week the White House launched a data-gathering website with the proclamation: “SOCIAL MEDIA PLATFORMS should advance FREEDOM OF SPEECH.”

This American submitted my experience of censorship by Facebook on the topic of Israel’s ‘secret’ nuclear weapons and Mordechai Vanunu’s human rights struggle.

On Tuesday US Ambassador to Israel David M. Friedman declared that Israel was “on the side of God.”

At a celebration sponsored by USA evangelicals to mark the anniversary of Trump’s moving the American embassy from Tel Aviv to Jerusalem, Friedman opined that Israel was gaining strength for two reasons.

However, the Mainstream Media still has not reported on these documents which detail the discovery of Israel’s nuclear deceptions, debates over Israel’s lack of candor and efforts to pressure the Israelis to answer key questions about the Dimona during the Eisenhower years….

In addition to moving the embassy to Jerusalem, the Trump administration has cut aid to Palestinians and has stopped referring to the West Bank as “occupied.” 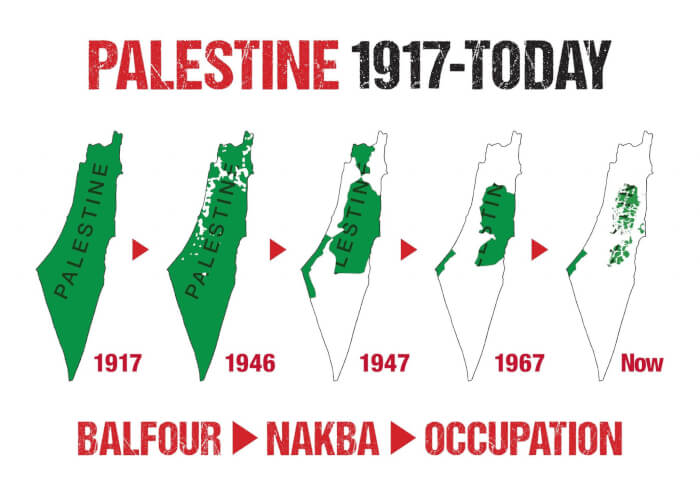 On Wednesday the Trump administration launched a website asking those whose viewpoints have been censored by social media platforms to share their stories and contact information: and I did it!

Mr. Trump repeatedly attacks Google, Facebook and Twitter for what he claims is their bias against and suppression of conservative users.

The website’s opening page begins with this caps-locked proclamation:

SOCIAL MEDIA PLATFORMS should advance FREEDOM OF SPEECH. Yet too many Americans have seen their accounts suspended, banned, or fraudulently reported for unclear “violations” of user policies.

No matter your views, if you suspect political bias caused such an action to be taken against you, share your story with President Trump.

This American holds the First Amendment as my most precious right:

Congress shall make no law respecting an establishment of religion, or prohibiting the free exercise thereof; or abridging the freedom of speech, or of the press; or the right of the people peaceably to assemble, and to petition the Government for a redress of grievances.

Trump’s ‘freedom of speech’ website then goes into a scroll for users to submit their contact info and stories.

This American submitted the following to the Trump Administration’s ‘freedom of speech’ website:

On 7 July 2007, in the midst of posting at my Facebook Wall; my account disappeared and Facebook never responded to my many email inquires as to WHY did they banish-delete-censor-deactivate me on the very day after Israel’s Supreme Court President Dorit Beinish renewed the restrictions denying Vanunu his right to free speech and movement citing Vanunu’s “case is still generating great interest, like any other security-related case. The media’s attention he gets is proof of that.”

WHAT I was posting at Facebook as my account vaporized was a copy and paste of the following email I had just sent to an Israeli Supreme Court President:

On July 6, 2009, in regards to Mordechai Vanunu, you stated that his “case is still generating great interest, like any other security-related case. The media’s attention he gets is proof of that.”

The “great interest” is for Vanunu’s RIGHT to free speech and RIGHT to leave the state.

“Everyone has the right to leave any country, including his own, and to return to his country.”-Article 13:2 UN UDHR

“Everyone has the right to freedom of opinion and expression; this right includes freedom to hold opinions without interference and to seek, receive and impart information and ideas through any media and regardless of frontiers.” -Article 19. UN UDHR

On the day of the termination of the British mandate and on the strength of the United Nations General Assembly declare The State of Israel will be based on freedom, justice and peace as envisaged by the prophets of Israel: it will ensure complete equality of social and political rights to all its inhabitants irrespective of religion it will guarantee freedom of religion [and] conscience and will be faithful to the Charter of the United Nations.” – May 14, 1948. The Declaration of the Establishment of Israel. 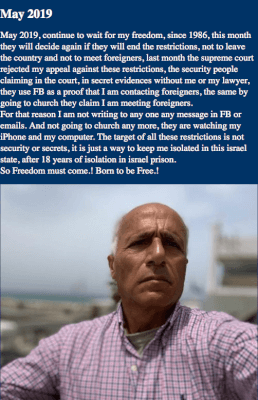 As I copied and pasted the above into the TADN platform, I recalled this quote from Robert F. Kennedy:

“Few are willing to brave the disapproval of their fellows, the censure of the colleagues, the wrath of their society. Moral courage is a rarer commodity than bravery in battle or great intelligence. Yet it is the one essential, vital quality for those who seek to change a world that yields most painfully to change. Each time a person stands up for an idea, or acts to improve the lot of others, or strikes out against injustice, (s)he sends forth a tiny ripple of hope, and crossing each other from a million different centers of energy and daring, those ripples build a current that can sweep down the mightiest walls of oppression and resistance.”

Palestinians face off with Israeli soldier violence in Gaza Arab World
An Olive a day can improve your health American Arabs
Arab Muslims are telling their Pharaohs, get off my back! Arab World
A testimony to failed autocracies: Eritrean soccer team defects Arab World