The rhetoric in the Republican Presidential race may sound a bit weird these days maybe wondering what the topics of the screaming has to do with the real issues concerning Americans. Candidates have trumped issues like the bad economy, no jobs, bad education, and increasing violence instead arguing about birthers, holocausts, Israel and Iran

I guess if you are Republican in a field of 16 competitors running for president, you need to say something outrageous to lift your voice above the crowd.

It doesn’t lift your morals. But screaming “fire” in a crowded theater will get you attention.

The cacophony of ridiculous rhetoric aimed at President Barack Obama is getting attention. So can you blame Mike Huckabee from wanting to outdo Donald Trump, who said former Vietnam POW, U.S. Senator John McCain, was only a hero because he was captured? It created a tsunami of media attention for Trump, boosting him in the polls.

Huckabee told a right-wing online website, Breitbart News, that President Obama’s Iran policy “will take the Israelis and march them to the door of the oven.”

Called on it, Huckabee did a “Trump” and doubled-down on his Holocaust remarks in a speech to the NRA, asking how could Jews “walk” to the “ovens” after surrendering their guns?

Normally, in an American presidential election, candidates scratch each other’s eyes out to define themselves as being more pro-Israel than their opponents.

Many Israelis and American Jewish voters don’t seem too comfortable with Huckabee’s “oven” comment. They are sensitive to Holocaust analogies in political campaigns, especially by non-Jews. (But they are quite comfortable evoking Holocaust fears and calling their own critics Nazis, especially when the targets are Arabs.)

They may be wondering if Huckabee really cares about Jews?

Huckabee is a Christian Evangelist, after all. And Evangelists believe those who refuse to recognize Christ, when he returns, will go to hell. These non-believers include Muslims, many not-born-again Christians and, yes, Jews.

Maybe Huckabee believes that American voters are just stupid. After all, many believe Donald Trump wears a toupee, and that Obama is a Muslim not born in America.

Actually, Trump doesn’t wear a toupee. He just has a bad hairstyle that rivals his bad rhetoric. Obama was born in Honolulu, and the “Obama Birther” debate has proven to be a political dead end.

What does all this has to do with running for president of the United States? The rhetoric has polarized the America but it stirs up blind emotions, which translate into votes.

Huckabee had to say something stupid, like the world was silent, and did nothing, as the Jews were marched to the death camps.

Actually, the world was not really silent.

Millions of people fought to defeat the Nazis, including many Arabs, like my father and my uncle.
The British and French sacrificed much in the war against the Nazis, just as did the people of Poland, Czechoslovakia, Austria, Luxembourg, Macedonia, Croatia, Belgium, Denmark, Greece, Hungary, Norway, Netherlands, Romania, Yugoslavia, Monaco, Finland, Lithuania, the Ukraine, much of the Soviet Union, and many other countries.

America stood up on Dec. 7, 1941, after Nazi ally Japan killed more than 2,500 Americans at Pearl Harbor. But we supported every nation before that as they battled the Nazis.

No one could believe the Nazis could be so brutal. Many Jewish organizations negotiated with the Nazis to free their people from what they believed was just an occupation and an oppression. 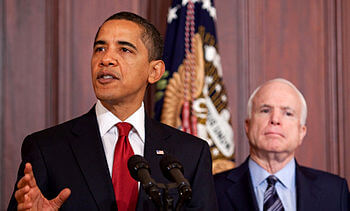 Being a Palestinian Arab myself, and not a Republican candidate for president, I hesitate to make any comparisons between the Holocaust, Nazis and Israel’s oppression of Palestinians, although Israelis don’t hesitate to compare Palestinians to the Nazis.

The Holocaust did happen. It involved the systematic mass murder of millions human beings through a system of arrests, detentions, dispossessions and murders that strived for “efficiency.”

Israel’s oppression of the Palestinians is driven by politics and a goal of driving the Arabs into the sea, an ironic re-engineering of the original Arab threat to “drive the Jews into the sea.”

The Iranians are not innocent in this debate. Instead of focusing on Palestinian rights, they hate on Jews, asserting the Holocaust never happened, a true libel. Ironically, Iranians don’t hesitate to denounce Israel’s actions against Palestinians as a Holocaust.

Despite Israeli brutality, the Israelis do not deserve to be called Nazis, unless you are angry and lose control of your emotions, which many in this conflict do.

Is that what Huckabee and Trump are doing?

Sadly, it all makes for great headlines and politics in an America that has lost its moral compass, thanks to bad leadership.

Wouldn’t it be something if American presidential candidates focused on issues like improving the economy, helping the poor, making health care better and affordable, enhancing education, creating more jobs, promoting peace instead of hate, and making the world a better place?

It would be a pretty boring election.

Ray Hanania is an award-winning Palestinian American columnist managing editor of The Arab Daily News at www.TheArabDailyNews.com. Follow him on Twitter @RayHanania. To find out more about Ray Hanania and read features by other Creators Syndicate writers and cartoonists, visit www.creators.com. COPYRIGHT 2015 CREATORS.COM.

The first Cubs curse was by an Arab American Arabs

Troubled Waters Under the Tigris and Euphrates Bridges Abdennour Toumi