When the West created the Arab States after their colonization and occupation of the Middle East region after World War I, did they abandon their promises of implementing Democracies? Today’s Arab countries are not Democratic and have never been in a large part because of the failures of the Democratic West. 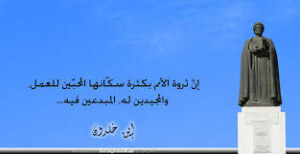 Ankara, Turkey — In light of the devastating events that continue to erupt across the Arab World, the State has either vanished or is at best absent. Usually this kind of dialectic is addressed at the academic level or serves as a philosophical subject for the Baccalaureate students. I found the topic quite interesting.

In France and countries like Algeria and Egypt the Baccalaureate, a degree that has always been a matter of elitism and self-esteem, is losing its value and prestige. This brings us to the political “mouloukheya” (an Egyptian dish) that is occurring in the Arab World and raises the question, what is the modern State and its functionality in the post-Rousseau and Hobbesian sense?

Toward this end a cascade of events began starting with the implosion of the Somalian State in 1991, the Algerian Generals’ Coup of 1992, the decades-long dislocation of the Iraqi State followed by the overthrow of President Morsi by General e-Sissi in 2013, and lastly the steady crumbling of the Syrian State, all leading to the emergence of a dystopian organization which styles itself as the “Islamic State.” Ironically, the organization doesn’t believe in the function and mechanism of the State.

On the other hand, the Palestinians have been struggling for six decades for recognition of their State and still wait on the clemency of the super powers to bestow acknowledgement and thus achieve the political dignity deserved from their fellow Arab leaders. 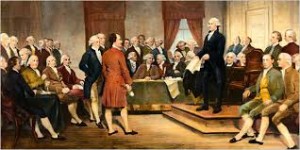 Thus one should no longer pose the question and traumatize Arab youth with such philosophical queries, but rather address the masses in the Arab World who are confused by a State born by revolution or coup and thrust into recurring chaos and violence.

The counter-argument of the dialectic is, how could one be free without a State. The risk is great; it perpetuates violence and puts the balance of power under permanent threat hence leading to anarchy. One knows, however, to be free is not to destroy the established order but to obey the rules of law, which are secured by the highest law of the republic. In modern times such a law is embodied in a Constitution, which guarantees the general interest, the freedom of the masses, and the exercise of authority by the State.

One wonders, though, if the laws are not respected by the governing body of the State, then what represents institutionalized power? One might characterize such power by the unfolding Yemeni drama. Its State emerged from a complex social structure in three historical steps  beginning in the North in 1918, the South in 1962, and later in a “unified” Yemen in 1990 which led to the semi-developed present-day class structure.  The State used its power to balance the interests of a multitude of competing tribal and sectarian groups, hence essentially a military institution emerged under now-ousted President Ali Saleh. 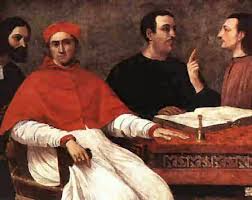 Today the primary function of the State in the Arab World is no longer to defend the homeland and serve the State, but to secure equilibrium and order within the system. In this role the military in Egypt, Algeria, Sudan and Syria, in order to maintain social order, are using the State to institutionalize and now to legislate by violating popular sovereignty. This is carried out, not on the principle of separation of power, but by direct intervention, which countermands its institutional acts.

This governing tendency, where a few individuals make most of the decisions to support the State, leads to the creation of an oligarchy, which according to those in power, was formed to prevent anarchy. Nevertheless, this raises the question of the efficiency of stability and the continuity of the status-quo to serve a social class and an elite who have made their political and economic existence in the State based on social division.  This is done using the resources of the nation, information to control the media headlines and even the collective mind of the masses.

Such a political structure inevitably hijacks the systemic function of the State and leads to a social structure and system with the cultural acceptance of the masses, allowing new social and political forces to thrive from the anarchy that was sown by the oligarchy of the absent State. This is a subconscious act by the supposed public authority to hide its incompetence and social comportment from the masses to express its frustration.

For instance, in Algeria the lack of respect for the fiscal and driving codes exhibited by populace and State alike demonstrates the complicity of the State. In this case, there is a codified anarchy. At the political level this is also seen in the issue of the Brothers in Tunisia who have moved from “Jacobins” to be the “Jeffersonians” of our time.  Furthermore, the anarchy provoked by the oligarchic State fuels radical groups — el-Qae’eda in Yemen, Somalia, the Maghreb-Sahel, and ISO in Iraq and the Levant — who reject the State by any means despite their international status as “State-less” elements due to their supra-national vocation.

However, such groups are the consequence of oligarchic State acts. Recently more than a dozen countries have become either failed States or are in the process of failing.  This is the result of either chronic bad governance or domestic conflicts resulting in violence and chaos.

In sum, whether chaos or tragedy, anarchy seems to be at the heart of the social structure of this silent revolution in the Arab World. Unlike the classic anarchy — paysannerie against bourgeoisie — today popular revolts are against a clueless State that ignores the evolution of a new political space. Such a vacuum renders a political existence to the masses which aids public authority to ensure the functionality of a State emanating from the will of the masses and puts an end to clanism in Yemen and Syria or classism in Egypt and Algeria.

The revolts currently taking place in the Arab World could be achieved in a peaceful manner. Oddly it seems the Brothers may have read Proudhon’s book, The Confessions of a Revolutionary, perhaps even the military leaders, who in attempting to establish and maintain social order, only succeed in provoking anarchy.

But as Proudhon put it, “anarchy is order without power.”  In this case a power without a State.