Too often, even the moderates on both sides succumb to overwhelming emotion, and their emotion often prevents them from focusing on the positive. The positives are almost always greater than the negatives that includes the violence, tragedies, suffering and oppression.

But to bring about peace, we have to fight to overcome the bullying and intimidation of these fanatics. And Palestinians and Israelis need to start listening to each other. We need to focus on the positives and on the areas where we agree.

Over the past few weeks, I have interviewed several journalists, Palestinian and Israeli. Two Israelis I interviewed include Seth Frantzman, Op-Ed Editor of the Jerusalem Post, and Ricky Ben David, News Editor and Videographer for the Times of Israel news and blog site.

I interviewed Frantzman before the March 17, 2015 Israeli elections, and interviewed Ben David this week both on my radio shows in Chicago (1450 AM, YahalaVoice.com) and Detroit (WNZK The Arab Daily News Radio show).

Both journalists offered surprising aspects of the conflict and helped better understand the challenges Israelis face as their country appears to be moving more and more to the extreme right.

Ben David was among two journalists who interviewed Hagai Amir, the brother of Yigal Amir who murdered Yitzhak Rabin in 1995, ending the peace process and pushing Palestinians and Israelis into the cycle of violence that has escalated since in the subsequent two decades.

Hagai Amir was convicted of helping his brother murder Rabin but while in prison, he met many Palestinians, including those involved in violence and others who were victims of political persecution. The encounter changed his view of the peace process and today he believes in the One-State solution, mainly to preserve Israeli access to East Jerusalem which many Israelis believe will be surrendered in a peace deal with Palestinians.

I think Palestinians and Arabs need to dialogue with Israelis. And while we may not agree 100 percent, we will better understand each other and maybe shift the focus of our peoples from the violence and the conflict to the more positive issues and aspects that we share and agree on.

Here are the interview podcast from the radio shows:

(Editor’s note. In doing our weekly website cleanup, the system crashed and blogs posted on Friday April 10, 2015 were lost. This is a rewrite. We apologize for any appearance of change.)

Huckabee, the Holocaust, and competing with Trump American Arabs 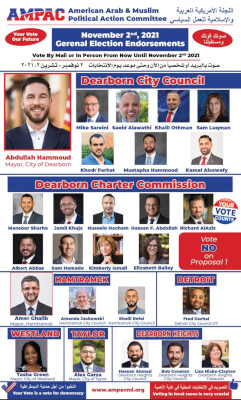