The image from the Oval Office of the Navy flag sandwiched in-between Russia’s ambassador to the US and POTUS Trump was released by Russia’s state owned news agency and first Tweeted by the official twitter-account of the Ministry of Foreign Affairs of the Russian Federation.

USA Media was NOT allowed into that meeting which occurred the morning after POTUS fired James Comey as Director of the FBI.

James Comey as Director of the FBI had been leading the investigation of Russian interference in America’s 2016 presidential election, until Tuesday May 9th when POTUS Trump fired him.

A few days prior Comey had requested the JUSTICE Department provide more prosecutors to investigate what has now become known as Russiagate.

IF America is to be a democratic republic an independent Special Prosecutor must now head the Russiangate investigation in light of these few facts: 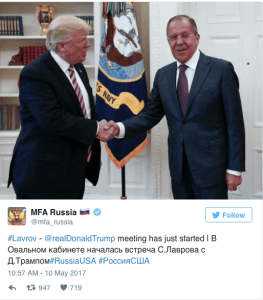 A few hours after POTUS Trump fired Comey, POTUS hosted an off the record meeting with Russian Foreign Minister Sergei Lavrov and Ambassador Kislyak in the Oval Office.

Americans would not have known of it except for the Russian leakage at twitter!

Official White House photographers were in the room during that meeting but The White House did not release any photos of the Russian meeting, which was TWEETED from the account of the Ministry of Foreign Affairs of the Russian Federation who have now deleted the Tweet.

The Russians and Kissinger’s meeting had not been listed on POTUS’s official schedule.

Trump told reporters that he and Kissinger had met to talk “about Russia and various other matters.”

In 2014, Eric Trump was quoted by a golf reporter regarding the Trump family company’s various golf courses: “We don’t rely on American banks. We have all the funding we need out of Russia.”

Donald Trump, Jr. is also on the record stating: “Russians make up a pretty disproportionate cross section of a lot of our assets.”

In 2013 Donald J. Trump, Sr. addressed a group of potential investors in Moscow and afterwards told reporters, “I have a great relationship with many Russians and almost all of the oligarchs were in the room.”

Russians have purchased a large number of condos in New York’s Trump Tower.

In February 2017, POTUS Trump told reporters: “I have no dealings with Russia. I have no deals that could happen in Russia…”

Let’s Deal with this Kissinger Connection:

Don Fulsom covered the Nixon White House for United Press International and has written for The Washington Post, The Chicago Tribune, Esquire and others. For CRIME-MAGAZINE he wrote regarding Henry Kissinger’s clandestine 1968 activities in “Henry Kissinger: President Johnson’s Benedict Arnold”

But the brilliant foreign policy expert actually had dual loyalties in that sensitive mission: He also served as a mole for Republican presidential nominee Richard Nixon.

From Paris, Kissinger regularly fed highly classified intelligence on the talks to Nixon, who used it in back-channel communications with South Vietnam’s President Nguyen Van Thieu to prevent any pre-election progress toward peace by the Democrats.

A circumspect spy, the Harvard professor always used pay phones…[and] offloaded almost every night what had happened that day in Paris….

These leaks of top-secret information were of immense assistance to Richard Nixon.

The paranoid GOP contender was eager to use any and all means—including Kissinger’s furtive reports and advice—to keep LBJ from pulling an “October Surprise” that could end the increasingly unpopular fighting…A half-million U.S. troops were on the ground in South Vietnam… 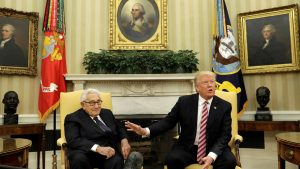 Years ago Christopher Hitchens wrote that Kissinger’s “illegal and surreptitious conduct not only prolonged an awful war but also corrupted and subverted a crucial presidential election.  The combination must make it the most wicked action in American history.”

Wicked is defined as evil, morally wrong and is intended to or capable of doing harm…

Russia and the USS LIBERTY:

CAMERA is a website “production of the Committee for Accuracy in Middle East Reporting in America devoted to promoting accurate and balanced coverage of Israel and the Middle East.”

The Soviet Union played a crucial role in arming the Arab states and instigating the Six-Day War.
Initially supportive of Israel at the time of its founding, by the early 1950s the Soviets no longer regarded the Zionist state as useful for extending their influence into the Middle East.

Transferring their support to Arab side, the Soviets took on the role of armorer for both Syria and Egypt, supplying them with modern tanks, aircraft and later missiles.

The Egyptian and Syrian armed forces primarily used Soviet weapons during the 1967 war and employed tactics developed by the Soviets.

Although it is not clear that the Soviets actually desired a war, a recent book by  Gideon Remez and Isabella Ginor, “Foxbats over Dimona: The Soviets’ Nuclear Gamble in the Six-Day War”, makes the controversial contention that the Soviet Union intentionally sparked the war in order to justify an attack against Israel’s nuclear facility in Dimona…

According to Gideon Remez and Isabella Ginor, the Soviet Union intended to launch an attack on Israel because they were afraid of Israel’s nuclear capability and wanted to destroy it.

The Soviets planned to use their Arab allies: Egypt, Syria and Jordan to provoke Israel and the authors assert that the war would have been the perfect smokescreen for the Russians to test their new jet Mig-25 Foxbat.

Israel intended to capture the Golan Heights on 8 June 1967, but postponed it until the 9th because the USS LIBERTY got in the way!

According to several sources, the Soviets planned to use their Mig-25 jets to bomb nuclear facilities in Dimona and even painted their aircraft with Egyptian markings in order to disguise their involvement.

WHAT cannot be disguised and what must be known is that every POTUS since LBJ has colluded in the cover-up of Israel’s 8 June 1967 attack on the USS LIBERTY by way of their SILENCE.

We Americans are out to change that! 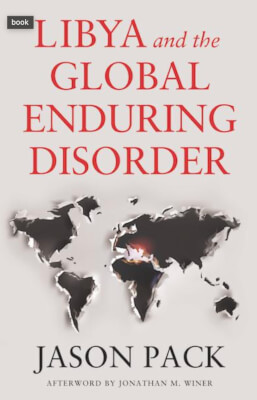