The American Human Rights Council (AHRC-USA) will be hosting its annual Spirit of Humanity Gala as originally announced on Friday, December 4, 2020 at 6:00PM.

Due to the Covid-19 pandemic and in full accordance with the health experts’ directives, AHRC will launch its Gala virtually this year. AHRC has prepared a very exciting and remarkable program for the occasion.

AHRC is pleased to announce that Mr. Ahmed Ahmed, an internationally renowned comedian will serve as the virtual Gala main guest. Mr. Ahmed is the cofounder of the “Axis of Evil” comedy tour and has appeared in several films and television shows. He has also directed the award winning documentary, “Just Like Us” now available on a Youtube for free, click here.

The program will include AHRC remarks highlighting AHRC’s ongoing work and programs serving humanity throughout the year and particularly during this exceptional year amidst the Covid-19 crisis. AHRC Gala will be broadcasted live via multiple social media outlets where thousands of viewers will be watching.

AHRC appreciates all the proud sponsors and supporters who already committed to support AHRC and its Gala this year. AHRC urges all friends and supporters to join AHRC and support its Gala this year during these most difficult times. AHRC is in dire need for your support so it can continue its much-needed work protecting, defending and advancing the cause of human rights and the culture of human dignity and human respect.

Please contact AHRC at 313-914-3251 or via email at info@ahrcusa.org for sponsorship information and details. Further program details will be announced as we move close to the date of the Gala on Friday, December 4, 2020. All sponsors will be thanked and announced during the show. Deadline to join and provide your ad or logo is no later than November 25, 2020.

Ahmed Ahmed moved to Hollywood when he was 19 years old to pursue a career as an actor and stand-up comedian, and he has been working there ever since.

He has appeared in several films and television shows such as Executive Decision, Swingers, Tracey Takes On…, Roseanne, JAG, Tough Crowd with Colin Quinn on Comedy Central, and MTV’s Punk’d with Ashton Kutcher. He would later joke about his part in Executive Decision in his standup routine for the Axis of Evil Comedy Tour.

Ahmed has also appeared on CNN, The View, and National Public Radio, and was featured on the front page of The Wall Street Journal in December 2001, as well as in Newsweek. He was featured in the PBS television documentary America at a Crossroads series in “STAND UP: Muslim American Comics Come of Age”, an episode about Muslim American comedians.

Ahmed is a regular performer at The Comedy Store in Hollywood and tours all across the US and Europe. He was the winner of the first annual Richard Pryor Award for ethnic comedy at the Edinburgh Festival in Scotland in the summer of 2004. Ahmed was a member of the Axis of Evil Comedy Tour. He was also a notable guest for Axis of Justice which is a rock and heavy metal concert which fights for social justice.

Ahmed had a regular role in the TBS sitcom Sullivan & Son. In 2019, Ahmed received media attention after an audience member called 911 in response to his stand-up set.

Will Bernie Sanders and Americans Engage in this Civil Discourse? American Arabs 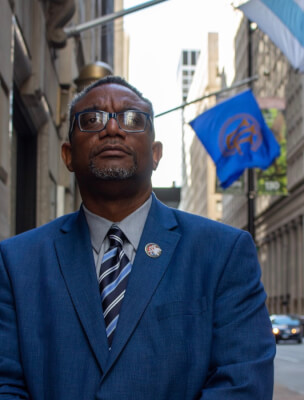