St. George Antiochian Orthodox Church in Chicago’s west suburb of Cicero will hold a special service on Tuesday April 22 to honor the 25th anniversary of the discovery of a weeping icon of the Virgin Mary that has come to be known officially as “The Miraculous Lady of Cicero, Illinois.”

St. George Antiochian Orthodox Church officials will join other clergy, hierarchy and the faithful including Metropolitan Joseph and Bishop Anthony at a celebration of the anniversary to be held on Monday, April 22, at the church, 1220 S. 60th Court in Cicero, Illinois beginning at 7 PM. Officials said they will host a celebration November 14 – 17th, 2019 at the church also.

On April 22, 1994, parishioners witnessed tears shedding from the eyes of The Icon of the Theotokos on the Church’s Iconostasis. His Eminence the late Metropolitan Philip Saliba, who only last month passed away, formally declared the weeping icon a miracle and named it “The Miraculous Icon of Our Lady of Cicero.”

The 25th Anniversary of the Miraculous Weeping Icon of Saint George Antiochian Orthodox Church in Cicero, Illinois, is this Monday, April 22, 2019.

There will be Supplication Prayers to the Virgin Mary following the Bridegroom Service which starts at 7:00 pm this Monday.

The miracle began as just an ordinary day. The congregation was engaged in the traditional Lenten chanting at St. George Church as Father Dahdal was preparing for the Friday evening services. Also visiting at the time was Father Douglas Wyper. Dahdal, Wyper and other parishioners at the church noticed that an Icon of the Virgin Mary had what appeared to be streaks coming from the Icon’s eyes. By the stroke of midnight at the church, the witnesses saw four streams of tears flowing down the icon that continued to the bottom of the icon itself.

In the 20 years since, more than 1 million visitors from around the world have traveled to the community of Cicero, Illinois in the United States, to visit St. George Antiochian Church and to view the Weeping Icon which is on continuous display for public viewing. Many people who came to the church with their ailing family members claimed that they experienced miracles as their family members were healed. 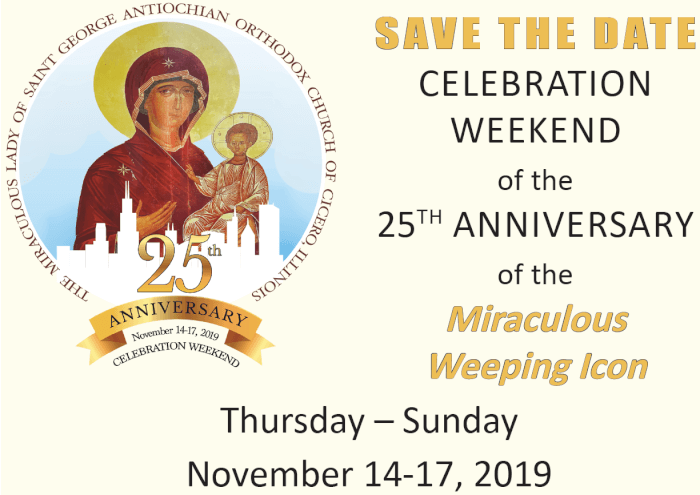 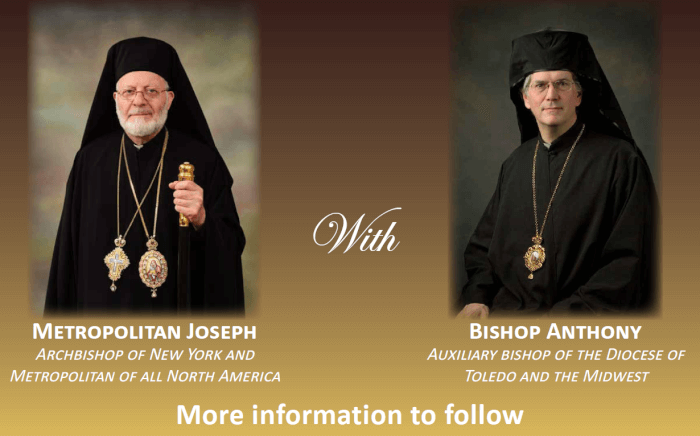