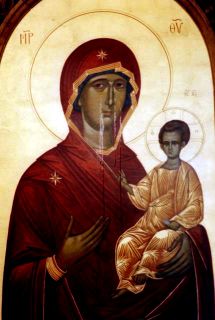 St. George Church celebrates 25th Anniversary of Weeping Icon miracle St. George Antiochian Orthodox Church in Chicago’s west suburb of Cicero will hold a special service on Tuesday April 22 to honor the 25th anniversary of the discovery of a weeping icon of the Virgin Mary that has come to be known officially as “The…