By the time he died on Saturday, Senator John McCain orchestrated a four-day celebration of his life alongside an unmistakable rebuke to POTUS Trump and his agenda.

On Monday night after the Press had left, in a closed door meeting with evangelical leaders, POTUS Trump repeated his debunked claim that he had gotten “rid of” a law forbidding churches and charitable organizations from endorsing political candidates.

That law remains on the books, but Trump cited this alleged accomplishment as one in a series of gains he has made for his fundamentalist Christian supporters who he warned, “You’re one election away from losing everything that you’ve got… This Nov. 6 election is very much a referendum on not only me, it’s a referendum on your religion, it’s a referendum on free speech and the First Amendment.”

Mr. McCain’s service kicks off with the singing of “Amazing Grace” and ends with Frank Sinatra’s “My Way.”

On Sunday, Senator McCain’s oldest son, Doug, will deliver the final reading from Ephesians: “For we wrestle not against flesh and blood, but against principalities, against powers, against the rulers of the darkness of this world.”

When I read that, I remembered that I titled my second book: Third Intifada/Uprising: Nonviolent, But with Words Sharper than a Two-Edged Sword, because the following words ran through my head all during my fourth journey to Israel Palestine in November 2006:

“The word of God is living and active. Sharper than a two-edged sword, it penetrates even to dividing soul and spirit, joints and marrow; it judges the thoughts and attitudes of the heart. Nothing in all creation is hidden from God’s sight. Everything is uncovered and laid bare before the eyes of him whom we must give account.”- Hebrews 4:12-13

Reality is that POTUS Trump’s agenda and Jared Kushner’s chutzpah has depressed me. However, they inspired Palestinian Christian, author and Sabeel activist Samia Khoury to write “The Emperor”

Mr. Trump, who on earth appointed you the Emperor of the universe as to think you can undo treaties, cancel UN resolutions, and impose sanctions on countries all over the world.

Ever since you took office you have been handling matters according to your whims and wishes antagonizing people and regimes, whereby the whole world seems to be in a big mess, and on the verge of a war, here and there.

Because you have the power and money, you think you can get away with all this.  The day will come when all your actions will boomerang, and your own people might be the first to raise their voice against your actions.  Let alone all other countries whose destiny you have been meddling with.

As a Palestinian, I ask you what right do you have to cancel the UN resolution regarding the “right of return of the Palestinians,” and the money allocated by the UN to UNRWA, which was established as a temporary organization until the Palestinian refugees would be able to go back to their homes.

You are morally and financially obligated to see to it that those refugees are granted their right. And until that happens you are still obligated to fund UNRWA because it is the veto power of the US used along the years that has been the reason behind the failure of the implementation of UN resolutions that would redress the grave injustice inflicted upon the Palestinians in 1948 as well as in 1967.

You are dealing with issues with the principle of MIGHT is RIGHT.  We are no more in a jungle Mr. Trump.  There are rules and regulations, and an international law that governs actions of governments.  If you want the law of the jungle to prevail, then wake up, because that law will not spare anybody, and the emperor will eventually be exposed  “as naked as can be”. -Samia Khoury, August 5, 2018.

An investigation by Foreign Policy earlier this month published leaked emails written by Jared Kushner, Trump’s son-in-law and envoy for the ‘peace’ process.

On January 11, Kushner wrote in one email: “It is important to have an honest and sincere effort to disrupt UNRWA. This [agency] perpetuates a status quo, is corrupt, inefficient and doesn’t help peace.”

Dylan Williams of J Street, a pro-Israel group responded: “Jared Kushner’s attempt to ‘disrupt’ UNRWA by slashing their funding — against the recommendations of the Pentagon, State Department and US intelligence community — is both callous and dangerous. These cuts have exacerbated the humanitarian crisis in Gaza and contributed to instability that, according to Israel’s generals, threatens Israeli security. This is just the latest evidence that the Trump administration is more interested in punitive action against Palestinians than in the serious pursuit of peace.”

Peace is defined as a state of tranquility and equanimity in all situations, freedom from oppressive thoughts or emotions, harmony in personal relations and: “Peace is a daily, a weekly, a monthly process, gradually changing opinions, slowly eroding old barriers, quietly building new structures” as President John F. Kennedy said.

Trump, Christian Fundamentalists and many Evangelicals are ignorant of the following facts:

Before Emperor Constantine brought Christianity into the mainstream, all the early Church Fathers taught that Christians should not serve in the army but instead willingly suffer rather than inflict harm on any other.

St. Augustine was the first Church Father to consider the concept of a Just War. Within 100 years after Constantine, the Empire required that all soldiers in the army must be baptized Christians and thus, the decline of Christianity began.

In 313 AD, Emperor Constantine legitimized Christianity and thus, those who had been considered rebels and outlaws began to enjoy political power and prestige.

Jesus’ other name is The Prince of Peace, and with the marriage of church and state, his true teachings were reinterpreted. The justification of warfare and the use of state sponsored violence corrupted what Jesus modeled and taught and thus is antiChrist!

Jesus was always on about WAKE UP: The Divine already indwells you and all others.

Jesus taught that to follow him requires that one must love ones enemies; one must forgive those who hate, curse and revile them, without payback.

Jesus lived a life that proved evil can be opposed without being mirrored, and that the cycle of a “tooth for a tooth, an eye for an eye”, will never bring peace and justice.

The term Christianity was not coined until three decades after Jesus walked the earth. Until the day of Paul, followers of Jesus were called members of The Way; and the way was defined in what he taught and modeled with his life.

Jesus was never a Christian, but he was a social justice, radical revolutionary nonviolent Palestinian devout Jewish road warrior who rose up/intifada to challenge the corrupt Temple authorities and disturb the status quo of the Roman occupying forces by teaching that God was on the side of the poor and outcasts.

Clement, Tertillian, Polycarp and every other early Church Father taught that violence was a contradiction of what Christ was all about. There have always been those Christians who spoke out against this corruption of scripture and they have been ignored, reviled, rejected, mocked, persecuted and maligned throughout time.

There have always been Christians who have never abandoned the true teachings, such as the Quakers, Mennonites, some Catholics and Protestants who have been faithful witnesses to Christ by denouncing violence and caring for the poor.

There have also always been Jews, Muslims, atheists, anarchists, secularists and other’s who have lived lives that embody the message Jesus delivered.

The spiritual battle between McCain and Trump will continue to play out in the political realm because good and evil cut through every human heart and free will means we get to choose which rules ours!

All life is interconnected and interdependent and so we deal with wars waging in individual’s hearts whenever they erupt into society and especially when inspired by those in power.

America’s prophet Reverend Martin Luther King taught, “Peace is not some distant goal we seek, but a MEANS by which we achieve that goal.”

The MEANS we employ will expose the intent of our heart.

In the Bible’s Old Testament, better known as the Hebrew Scriptures, the prophet Jeremiah issued: “Jerusalem’s Final Warning” from which I excerpt:

For from the least of them to the greatest, all are greedy for gain. From prophet to priest, all practice deceit. They have dressed the wound of My people with very little care, saying, ‘Peace, peace,’ when there is no peace at all… 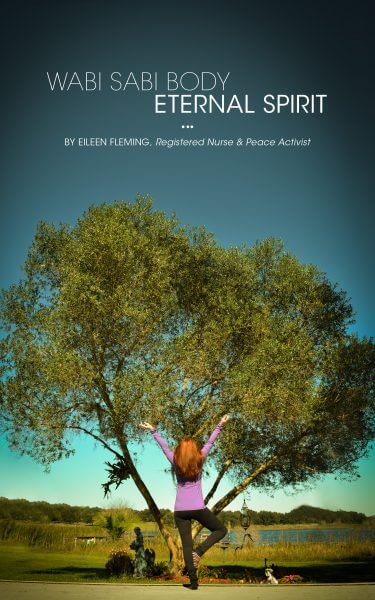 One thing that I’ve observed over the years is that unfortunately peace is the most abused and most misunderstood word in the dictionary. We become aware of peace only when there is a war and then we try to work hard to put an end to the war, and once the war is over we think that we have achieved peace. That really is not peace.

Anger became a very important aspect of [my Grandfather’s] philosophy of nonviolence.

Mohandas Mahatma Gandhi explained, “that anger is like electricity. It’s just as useful and just as powerful as electricity is but only if we use it intelligently. But it can be just as deadly and destructive if we abuse it. So just as we channel electrical energy and bring it into our lives and use it for the good of humanity we must learn to channel anger also in the same way so that we can use that energy intelligently rather than abuse anger and cause death and destruction.”

Peace will never be wrought through violence. Peace or violence is felt within and usually expressed through language and actions. Hatred, frustration and anger will view all opponents as enemies and neglect to see the opportunity they provide us to grow. Gandhi encouraged us to recognize that our ‘enemies’ are only our misguided brothers and sisters in the Human Family…