“In Our Hands: The Battle for Jerusalem,” is a docudrama produced by the Christian Broadcasting Network/CBN which made over $1.6 million on its first day premiering in 733 cinemas.

Gordon Robertson, the CEO of CBN said he hoped the movie would “point people toward God and start a conversation about Middle Eastern foreign policy.”

Speaking about “In Our Hands: The Battle for Jerusalem” Christian Broadcasting Network CEO Gordon Robertson told the Faithwire site

As you read today’s news headlines, as you see what the U.N. is trying to do, as you see what is being proposed in U.S. foreign policy with Israel, the current conflicts that continue to erupt throughout the Middle East, you’ll be better informed. That’s the goal….

[It’s] a personal story to me, and my interest goes back to 1969. I was just 11 years old, and I went on a trip to Israel with my father (Pat Robertson). It was the first trip for both of us. I went to the Western Wall to pray, and there I saw scenes I had not seen growing up in southeastern Virginia and the sheer joy of men dancing with Torah scrolls. It’s hard to explain, but a connection was created, and a very spiritual connection…

And then I decided with my children, when they turned 12 years old, I would do this sort of bizarre Christian bar mitzvah where I would take them to Israel and we would pray together at the Western Wall…

I like to remind Christians that Christianity is a Jewish religion. All the books of the New Testament were written by Jews…

In response to Gordon Robertson and viewers of the Christian Broadcasting Network, this lover of Jesus and America who has actually been to both sides of Israel’s Wall in Palestine 8 times since 2005, offers the following to further the conversation so that they maybe better informed. 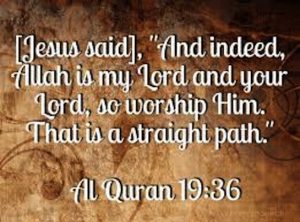 Before Israel became a state in 1948, 20% of the total population of the Holy Land was Christian.

Today Christians number less than 2% of the population and their Exodus is due to Israel’s Occupation of Palestine.

The term “Christian” was not coined until the third century.

The early lovers of Jesus were called Members of The Way-meaning the way Jesus taught to be: Nonviolent, compassionate and forgiving.

The following is excerpted from IMAGINE: Vanunu’s WAIT for LIBERTY, Remembering the USS Liberty and My Life as a Candidate of Conscience for US HOUSE 2012

Jesus was a social justice radical revolutionary nonviolent Palestinian devout Jew who rose up against a corrupt Temple and taught the people there was no need to pay the high priests for ritual baths or sacrificing livestock to be OK with God; for God already loved ALL just as they were.

What got Jesus crucified was agitating the status quo of the Roman Occupying forces, for Rome’s method of capitol punishment was to crucify all dissidents, rebels and agitators.

Tom Paine’s self published forty page pamphlet, “Common Sense” united a disparate and disconnected group of settlers to become compatriots who rose up in rebellion and formed a nation that can only thrive on dissent:

Thomas Jefferson understood himself to be a true Christian and he proved so by remaining mute to the brutal and unjust accusations against him of being a deist, an atheist, anti-religion and antichrist.

Jefferson took Jesus so seriously, that he devoted twelve years of his life to literally cutting away all the miracle stories from the gospels in four different languages from the King James Bible and gluing all the passages of Jesus as a teacher and philosopher, onto pages that were bound between covers of straight-grain red morocco- a goat skin that is laboriously processed for over two months and tanned with sumac.

In 1902, Congressman John F. Lacey, a devout Christian, introduced a resolution for the printing of a facsimile of Jefferson’s private piety to be distributed to Congress.

Until the 1950’s, every newly elected member of the Senate received a copy of “Jefferson’s Bible” on the very day they swore their oath of office.

Lacey responded to the many critics who argued that stripping Jesus of his divinity was blasphemy:  “No one that examines this little volume, whether he be saint or sinner, will rise from his perusal without having a loftier idea of the teachings of our Savior.”

The Top Ten Teachings of Jesus gleaned from THE JEFFERSON BIBLE:

The ideas that were “self-evident” to America’s Founding Fathers were the ideals of the Age of Enlightenment, which put forth the primacy of human reason, conscience and inherent human rights and called for public education.

The inscription under the Dome of the Jefferson Memorial reads:

“I have sworn upon the altar of god eternal hostility against every form of tyranny over the mind of man.”

Jefferson wrote those words first to Dr. Benjamin Rush, in his search for a rational Christianity that could not be found in the corruptions, misconceptions, superstitions and “priest craft” that became self-evident in the days of Emperor Constantine with Augustine’s JUST WAR heresy….

“A long habit of not thinking a thing wrong gives it a superficial appearance of being right.”

“Any system of religion that has anything in it that shocks the mind of a child cannot be true.”

“Belief in a cruel God makes a cruel man.”

“Every religion is good that teaches man to be good; and I know of none that instructs him to be bad.”

“Is it not a species of blasphemy to call the New Testament revealed religion, when we see in it such contradictions and absurdities.”

“Reason obeys itself; and ignorance submits to whatever is dictated to it.”

“Reputation is what men and women think of us; character is what God and angels know of us.”

In A Bill for Establishing Religious Freedom, Thomas Jefferson wrote:

God who gave us life gave us liberty. Can the liberties of a nation be secure when we have removed a conviction that these liberties are the gift of God?

Indeed I tremble for my country when I reflect that God is just, that his justice cannot sleep forever…

I am certainly not an advocate for frequent and untried changes in laws and constitutions. I think moderate imperfections had better be borne with; because, when once known, we accommodate ourselves to them, and find practical means of correcting their ill effects.

But I know also, that laws and institutions must go hand in hand with the progress of the human mind. As that becomes more developed, more enlightened, as new discoveries are made, new truths disclosed, and manners and opinions change with the change of circumstances, institutions must advance also, and keep pace with the times.

We might as well require a man to wear still the coat which fitted him when a boy, as civilized society to remain ever under the regimen of their barbarous ancestors…

America’s Declaration of Independence as penned by Jefferson enshrined “these truths to be self-evident: That all [people] are created equal; that they are endowed by their creator with certain unalienable rights…that, to secure these rights, governments are instituted among [people] deriving their just powers from the consent of the governed; and, whenever any form of government becomes destructive of these ends, it is the RIGHT of the people to ALTER or to ABOLISH it.”

During my first of eight trips to both sides of Israel’s Wall in Palestine the following spin on The Sermon on The Mount [the Christian Manifesto] flew from my pen while I was in east Jerusalem:
When Jesus was about 33, he hiked up a hill and sat down under an olive tree and began to teach the people strange things, such as “Blessed are the poor in spirit, for theirs is the Kingdom of heaven.”

Jesus proclaimed more: “Blessed are the meek, for they shall inherit the earth.”

And what a wonderful world it would be when we all seek peace by pursuing justice; for there can be none without the other… 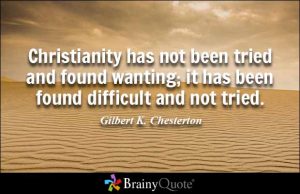 In this excerpt from “30 Minutes with Vanunu”, Israel’s Nuclear Whistle Blower Mordechai Vanunu invites “all the Christians to come and see the real Wailing Wall: the Apartheid Wall.”

Eileen Fleming will be reporting  from Arlington Cemetery and Norfolk, VA., June 8-11, regarding the USS LIBERTY Veteran’s 50 year battle to end a USA Coverup begun by President LBJ who failed to support the troops and ordered the crews silence as a way of obstructing justice.

Trump: no president has been treated worse than me Journalism

Egypt and the need to overcome Radical Islam, a 1984 re-do Arab World