Is Ramadan different for American Muslims? 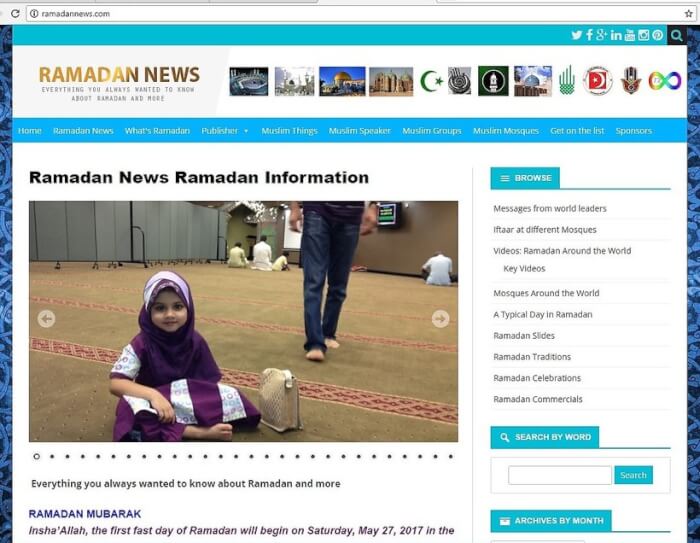 Ramadan Mubarak! Insha’Allah, the first fast day of Ramadan will begin on Saturday, May 27, 2017 in the United States and Canada and the Americas.

Is Ramadan different for different Muslims? What does Ramadan for American Muslims mean? The title of the essay sounds very divisive, but it is not. Indeed, it is an acknowledgement of the reality that Islam as practiced in America is not the same as practiced elsewhere on the earth. If you see it otherwise, express it in your comments below.

The only way to learn is to question everything and understand it. Over the years, I have been blessed with immense confidence in the religion of Islam, and I say without batting an eye, “ If it is not common sense, then it is not Islam.”

Remember, Allah, Muhammad (pbuh) and Quran are not going to disappear because you question or criticize them. The more you question, the more knowledgeable you would become and that boosts your confidence in your faith. I would rather see a confident Muslim than a shaky Muslim who fears that Islam or Quran has flaws and shies away from learning. Part of the Islamophobic scheme is to shake your faith, when you listen to them rather than what Quran says you will lose confidence. You must read at least three translations of Quran to get it right as one of the translations of Quran is wrong – 60 verses have been deliberately mistranslated by Hilali Khan to create ill-will against Jews, Christians and others.

How different are American Muslims from Muslims around the world?

Right off the bat, fatwas do not work in America. In most Muslim nations, when they are unable to debate and discuss, the ill-informed clergy will resort to shutting you down with a fatwa.

Twelve years ago, on my Pluralism Radio show, I said peace to Prophet Muhammad and Peace to Buddha as their birthdays fell in the same week. A clergy who knew not, and his die hard follower approached me and asked me to withdraw the statement about peace to Buddha, as it was not acceptable in Islam. My question to them was whose Islam? They did not get my argument that God called Muhammad, a mercy to mankind, meaning his existence was to build peace, his presence was to create safer communities and he would pray for peace for everyone including the ones who had hurt him. As a follower of the Prophet, my role is to spread peace, think peace, bring peace, talk peace and act peace. The threat they give me was that they will make my marriage with my Muslim wife void. I pulled the Clint Eastwood on them, “Go ahead and make my day” and that was the end of their fatwa. Bullying invariably stops if you stand up firmly.

American Muslims believe, “To you is your faith and to me is my faith” says the Quran, and adds, “No one is responsible for other’s actions.” In plain words, mind your own faith. One’s freedom to believe is his or her God-given inalienable right and no one has a right to take that away.

Ramadan for American Muslims is different.

God does not care if you fast or not, but he cares that the world he created with harmony remains harmonious. The world is his property (creation) and he wants to preserve it, and to preserve that he has produced a peace maker, a messenger or a prophet in every community and nation to teach how to live in peace with each other.

God’s law (which is also the Law of physics) is simply this, for a piece of matter or any life to survive, it has to remain in balance or else it will cease to exist. Religion (all religions) is a mechanism to restore that balance in the society so people can trust each other and live securely.

To an American Muslim, Islam is about living in harmony with oneself (physically, spiritually, emotionally and socially) and with what surrounds him or her; life and matter. But it is not the same for Muslims elsewhere in the world, to them Islam is about governance and enforcing the laws they have falsely come to believe as God’s laws. Then you have the nut cases like Talibans, Daesh, Al Shabab, Lashkar-e-Tayaba and other gangs who go against everything Islam stands for. It is is not about justice, then it is not Islam, Period!

To an American Muslim, fasting is one of the mechanisms offered by the creator to seek one’s spiritual, emotional and social harmony. It is a means to become pious or in harmony with nature, whereas fasting is an end itself for most Muslims around the world.

Even though, Piety is believed to be God-conscious, it is understood differently. Piety is allowing God to be with you in your thoughts and actions, to a point you will be God like; just, fair and kind. Is God prejudiced? Does God make a special deal with Muslims behind other’s back or vice-versa? Does God treat a White man any different than a Black man? Does God treat a Muslim better than a non-Muslim?

An American Muslim sees the purpose of observing fasting and praying God is to become God like, that is just, merciful, fair, kind and caring, whereas others see it as a duty to God that needs to be fulfilled ritually.

Islam is crystal clear and emphasizes that there is no compulsion in matters of faith. It means a whole lot to an American Muslim than a Muslim around the world.

An American Muslim will serve food to those who do not observe fast; where as Muslims in other nations are willing to shut down their restaurants depriving access to food to those who do not observe Ramadan. In Saudi Arabia and Iran, their cultural (cannot call it religious) call is to shut down food establishments during the fasting hours amounts to compulsion and goes against the very essence of Islam; freedom.

We are American Muslims, and to be an American and to be a Muslim is to be prejudice free. We invite others Muslims to be like us, in fact that is the Islam taught by Prophet Muhammad (pbuh).

Most American Muslims are free from prejudice and it is expressed well during the month of Ramadan. Many of them have no problem in attending Mosques of different denominations if they are in the area during the time of breaking their fast. That is not the case with Muslims in other parts of the world. The Sunnis and Shias are disgustingly prejudiced towards Ahmadiyya Muslims and among themselves. Ramadan does nothing to them, there is no piety achieved even though they pray and fast the whole month. Dr. Allama Iqbal’s poem was addressed to these dudes – Tujhe kya milega namaaz may? What will you get from prayers if it does not change your attitudes towards fellow humans?

American Muslims have learned that to an extremist with a gun, all Muslims are the same “Alla Akbar” guys. And for Allah, all of us are same on the Day of Judgment, he will not care if you are Ahmadiyya, Shia or Sunni – all he cares is, if you were you good to his creation; fellow humans, animals and the environment. A Man or woman of bad character will be forgiven if he/she quenches the thirst of an animal over a man who prays five times, but is not just towards his wife. These are not the stories to brag about Islam, but to practice them and make them a part of you.

Everything you always wanted to know about Ramadan and more is at RamadanNews.com. Its spirituality, politics, culture, rituals and how it is celebrated across the world. Browse through hundreds of picture and Ramadan videos and most read article section.

I urge fellow Muslims to make a conscious effort to have an open mind and visit different mosques for Iftaar; from Ahmadiyya, Bohra, Ismaili, Nation of Islam, Shia, Sunni, Sufi, Wahhabi and all the traditions out there. Alhamdu Lillah, I have visited almost all the mosques of Muslim denominations including the three big ones in Mecca, Madinah and Jerusalem. These are chronicled at this website. One of these days, God willing, I will visit Najaf, Karbala, Rabwa and Baghdad as well to proudly say that I am a fully participating part of Muslim community.

If you go to the “Most Read Articles” on the right column of our website RamadanNews.com, you will learn about the essence, spirit, politics, traditions and rituals of Ramadan. Don’t miss out items in the BROWSE section on the right. In the tab “What’s Ramadan” you’ll find basic facts and information about Ramadan. The most important item you’ll find is a suggestion to visit different Mosques for Iftaar if you have more than one Mosque in your town.

To be a Muslim is to be a peace maker, one who seeks to mitigate conflicts and nurtures goodwill for peaceful co-existence of humanity. God wants us to live in peace and harmony with his creation; Life and Matter.

May you become pure and a pious one from observance of Ramadan, may God free you from prejudice, bias, hate, ill-will, and may you care for fellow beings regardless of their religion, race or region. Amen!

Mike Ghouse is a Muslim Speaker, thinker and a writer. He is the publisher of www.RamadanNews.com and www.WorldMuslimCongress.org