David Boim and Rachel Corrie were born only months apart, but their cases couldn’t be more distinct when it comes to the issues of justice, fairness and righteousness. Boim, a 17 year old with dual American and Israeli citizenship, was killed by Hamas militants in 1996 as he stood at a bus stop at an illegal Israeli settlement near Ramallah. Corrie was killed in 2003 by Israeli soldiers violating the rights of Palestinian civilians in the Gaza Strip. Boim has received massive support in America while Corrie’s case has been ignored

No story has moved me more than the murder of Rachel Corrie, a young American who went to Palestine to stand up for the civil rights of Palestinian civilians.

Corrie’s struggle was the struggle of righteousness embraced by Dr. Martin Luther King Jr., President Abraham Lincoln and other great Americans who believe that justice should be blind and not influenced by the color of a person’s skin, their beliefs or by their religion.

She died when an Israeli soldier crushed her with his Peoria-based Caterpillar-made Tractor on March 16, 2003. Her parents were forced to wage an impossible uphill battle for her justice, even though she was an American citizen murdered by the heavily armed military of a foreign country.

David Boim’s case is also a tragedy, but one that has been celebrated in America as a political fight to suppress the rights of Palestinians. Boim was murdered as he stood at a bus stop on May 13, 1996 by Hamas terrorists fighting against Israel’s military occupation and oppression of their people. It’s not that they hate Jews but that Jews have taken their homes and lands and oppressed their people int he name of a foreign country.

Boim’s parents sued in the US Courts against American Palestinian organizations they asserted supported Hamas. Although the groups targeted had nothing directly to do with the murder of the young man, Boim, the U.S. Court system, which is biased against Arabs and Muslims and influenced by thwarted justice corrupted by partisan and unjust American politicians, ruled that those American Palestinian groups were complicit and ordered to pay $56 million in punitive damages to Boim’s parents.

But the Federal judge in the case didn’t think that was enough and he tripled the fines to $156 million, reflecting the true moral corruption of the American Justice system.

No cases showcase the bias of the American judicial system which is corrupt to the core when it comes to Israel, Palestine, Arabs, Muslims and anyone who criticizes Israel.

We have seen outrageously racist laws in some 21 American states, laws that violate the Constitutional rights of Americans by punishing them for daring to criticize a foreign country.

You can read more about this topic in my column in the Arab News this week. 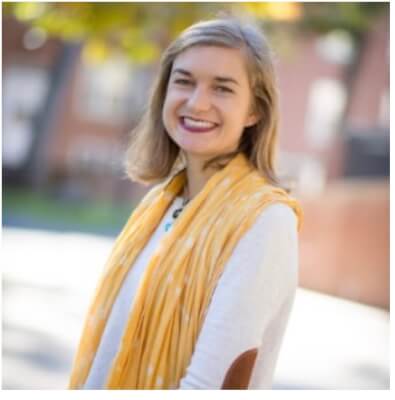 Churches for Middle East Peace (CMEP) Announces New Outreach Manager and Other Staff Activism
Syrian Refugees, We Will Be Back, After Awhile Abdennour Toumi