Mother’s Peace Day was a call to all mothers to rally for Peace. Mother’s for Peace faded away after President Woodrow Wilson proclaimed the day as Mother’s Day in 1914. Anna Jarvis is known as the “Mother of Mother’s Day” who fought against the “hordes of money schemers” who romanticized the holiday and ignored the message the mother’s were voicing! Mothers and others will March to Ban the Bomb on 17 June 2017 in New York City

Anna Jarvis was an Appalachian homemaker who organized a day to raise awareness of poor health conditions in her community.

Fifteen years later, Julia Ward Howe, a Boston poet, pacifist, suffragist, and author of the lyrics to the “Battle Hymn of the Republic,” organized Mother’s Peace Day to encourage mothers to unite, rally for peace and seek justice.

In 1870, Julia Ward Howe wrote the first Mother’s Day Proclamation, from which I excerpt:

Arise then women of this day!

Arise, all women who have hearts!

Whether your baptism be of water or of tears!

From the voice of a devastated Earth a voice goes up with our own. It says: “Disarm! Disarm!”

The sword of murder is not the balance of justice.

Blood does not wipe our dishonor; nor violence indicate possession.

At the summons of war let women now leave all that may be left of home for a great and earnest day of counsel.

Let them meet first, as women, to bewail and commemorate the dead.

Let them solemnly take counsel with each other as to the means whereby the great human family can live in peace;

Each bearing after his own time the sacred impress, not of Caesar;

Alfred Bernhard Nobel invented dynamite. He left most of his wealth to the establishment of the Nobel Prize to be used to reward human ingenuity and those with moral backbones.

Nobel desired to award people whose work benefited humanity in physics, chemistry, medicine, literature, and for those who work for peace.

Nobel clearly supported the anti-militaristic peace movement, such as the one headed by Bertha von Suttner, who worked as Nobel’s secretary-housekeeper for one week in 1876.

Suttner went onto become a novelist, radical pacifist, and was the first woman to be a Nobel Peace Prize laureate.

Although her personal contact with Alfred Nobel was brief, she corresponded with him until his death in 1896, and was a major influence in his decision to include a peace prize, which she won in 1905. 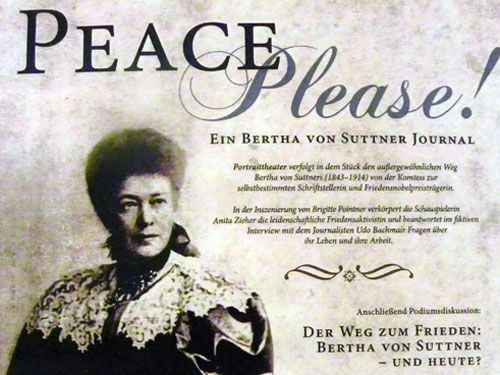 In one of its final acts of 2016, the United Nations General Assembly adopted with overwhelming support a landmark resolution to begin negotiations on a treaty prohibiting nuclear weapons.

Throughout June and July of 2017, governments will negotiate the ban on nuclear weapons at the United Nations.

Reaching Critical Will/RCW is the disarmament programme of the Women’s International League for Peace and Freedom (WILPF), the oldest women’s peace organization in the world.

The RCW is committed to creating change by altering discourse with a holistic view of the challenges we face in banning the bomb!

In spite of international agreement on the importance of women’s participation in decision-making, there is a gender imbalance in multilateral disarmament forums.

This study presents new research on the topic, showing that men continue to be heavily over-represented and women are under-represented in multilateral forums concerned with security issues, including nuclear weapons.

Failure to apply a gender perspective and lack of female participation may be factors contributing to the current lack of nuclear disarmament progress, and why other agreements to tackle global problems such as the Sustainable Development Goals) seem to be so often ignored or contradicted in the prevailing international policy discourse on nuclear weapons… 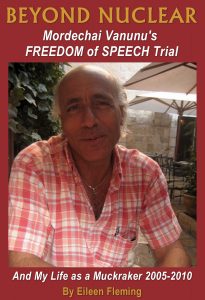 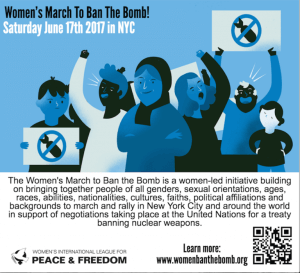 The answer has always been NO; and so mothers and others are taking to the streets of New York City on June 17th to demand a treaty with teeth that will prohibit these weapons of mass destruction by ALL Governments!

Preceding the Women’s March to Ban the Bomb, this woman and mother will report next from Arlington Cemetery and Norfolk VA., in support of the USS LIBERTY crew with special honor to these 34 sons killed by Israel on 8 June 1967: