Eid al Adha, One of the most important Islamic religious holidays, is expected to begin either on Sept. 11, 2016 or Sept. 12, 2016, causing some fear among Americans worried about violence from Al-Qaeda. But the truth is the holiday is less about differences than it is about similarities between Islam and the West

Over the past few weeks, many news sites have been warning that the Islamic high holiday of Eid al Adha (Udha) will begin on Sept. 11, this year, the 15th anniversary of the terrorist attacks that took nearly 3,000 lives and destroyed New York’s Twin Towers.

But most Muslims are predicting that the holiday, which is determined by the sighting of the Moon, will actually begin on Sept. 12 and last through Sept. 13.

Still, many Americans have been wondering if they should fear it as a reason for violence. 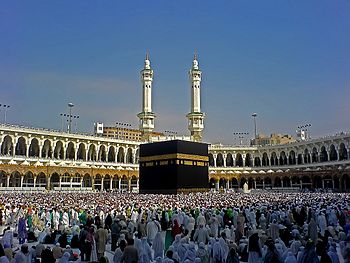 As we know, Abraham prepared the sacrifice and bound his son on the stone altar and was ready to kill his son. The devil tried to tempt Abraham to ignore the wishes of God but Abraham resisted. Then, the Angel Gabriel told Abraham not to sacrifice his son. Instead, a lamb was sacrificed.

Christians and Jews have many more religious holidays than Muslims, but the two Eids (an Arabic word that means holiday) are considered the most important.

Another religious holiday which has meaning for Christian, Muslim and Jewish communities is called “Ashura,” which is a day of fasting and is considered a very important festival by Shi’ites. Ashura marks the day when God saved Moses and the Hebrew slaves from the Pharaoh of Egypt, and Moses crossed the Red Sea (depicted in the stories of the Exodus).

There are two major sects in Islam, Sunnis and Shi’ites and the difference is in what followers believe in terms of who succeeded the Prophet Muhammad following his death.

The Eid al Adha also marks the end of the period of the Hajj, or the pilgrimage that Muslims are required to make at least one time during their lives during the 12th month of the Islamic Calendar.

A typical greeting for a Muslim on any of the Eid religious holidays are “Eid Mubarak” (a blessed holiday) or “Eid Saeed” (a happy holiday).

Muslims, Christians and Jews all believe in fundamentally the same God, but in slightly different ways. Judaism was here first, followed by Christianity and then followed by Islam. The word “Allah” is merely the Arabic word for “God.” Extremists in all three religions advocate that those who do not believe the way they do will burn in Hell, but the majority of Christians, Muslims and Jews all believe that the belief in the One God is fundamental to salvation.

“Our Fates Are Linked” Arab World

Oscars? When will we have “The Abdullahs?” American Arabs
Shimon Peres: State Funeral, Hollywood and Nuclear Mordechai Vanunu Arab World