The truth behind what instigated Crain’s “Special Report” on me, Phil Tadros

In the future, I’m going to do better about responding to factual inaccuracy about my businesses. That’s because letting stand the ones from a July article in Crain’s Chicago Business has hurt my employees — who all work crazy hard to produce what many feel are great products.

Frankly, I think I let things stand so long because I didn’t want to believe that a paper with so many safeguards in place could be so wrong. And I even love the journalism of Crain’s. Usually. I applaud their many fine attempts at being the watchdog of Chicago business. Overall they’re great. Which is why I was so taken aback that I became Crain’s punching bag this summer.

Here’s what Crain’s got right about that piece: I plead guilty to expanding my ventures — the ones that caught on — faster than they should have been expanded. To do that, I used cash I should have been using to pay bills. Instead of paying in a couple weeks, I took a month, or for some large bills, a few months. And I used (read: took a hit on) my good reputation to be able to do that. In hindsight, it’s the wrong tack. But every bill that Crain’s implied was outstanding for years was paid in, at most, a few months.

I probably got excited to expand the successful businesses because, as Crain’s portrayed, a few of my first businesses failed. I’ve never hidden that. But Crain’s usually praises so-called “fast failure” and the ability to move on to something that can make money, make people happy, and make employees a living. This July, Crain’s did an about-face on that narrative. I won’t yet speculate on why.

Suffice it to say (for now) that in Peter Frost’s article about me, Crain’s violated a bunch of journalism standards that even a few supermarket tabloids wouldn’t touch, let alone a paper of record in Chicago. After the article’s release, I received several personal notes from journalists at other Chicago dailies, with whom I didn’t have a previous relationship, expressing dismay at how poorly-sourced the Crain’s piece was, and thus how strange that it would make it past their editorial safeguards.

My staff and I are still getting to the bottom of it. But here I’ve written my responses to the claims that seem, on the surface, most potent against me and how I run my businesses.

Crain’s knows the following better than anyone: if a high-net-worth investor gets it in writing that their money is to be used for a certain thing, then it has to be used for that thing. If they don’t get it in writing, then the managers of the company can use the money however the managers deem is in the best interest of the company. Including participation as an affiliate of businesses that reciprocate assistance for one another on occasion.

The real question is why Crain’s portrayed the situation in the light they did. They feature an attorney who’s a fraud investigator. But neither this expert nor Crain’s cited any laws we broke, because they can’t. In other pages of Crain’s (and indeed in business schools across the country), the practice of operating with little cash on hand is called “operating lean,” a form of the “just-in-time” business model. Why I was presented differently than anyone else is yet to be seen. 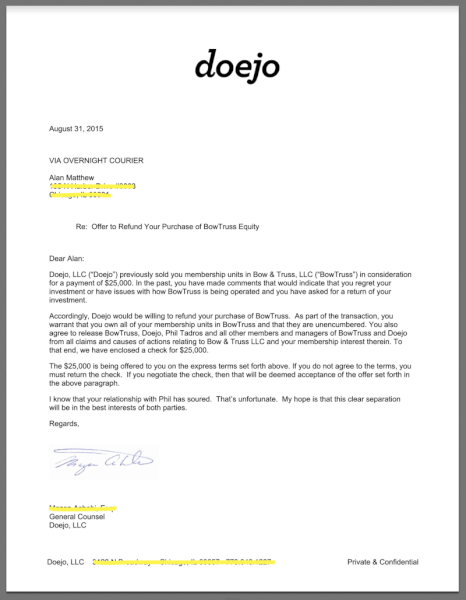 Actually — one of them remains even though I’ve tried to buy him out more than once. Apparently what he really thinks is that he can still make money from the company. I think he’s right.

Here are some e-mails and texts where I asked our bank to print all records for the past problematic investors: 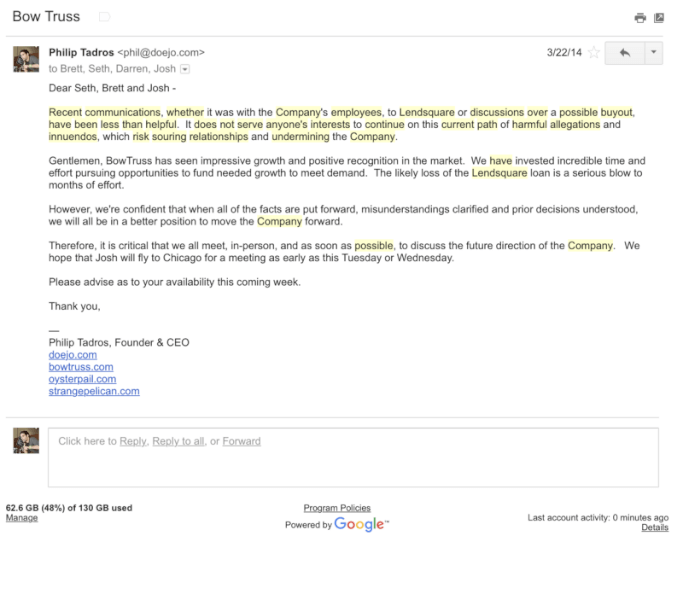 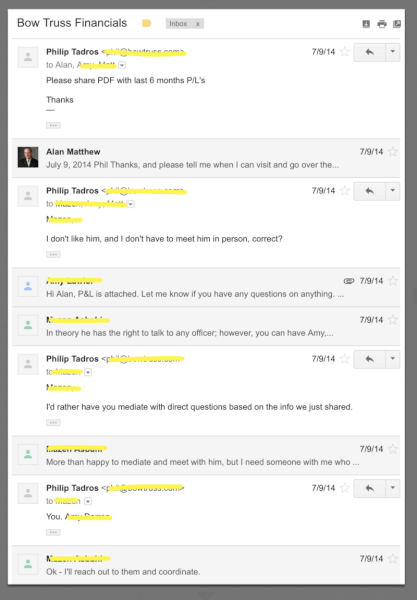 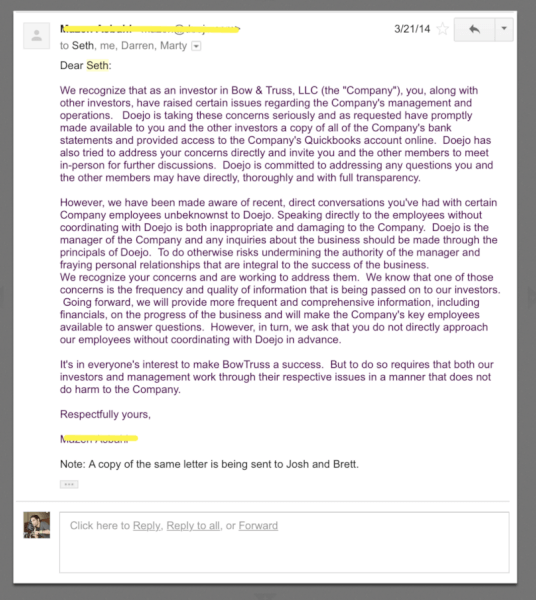 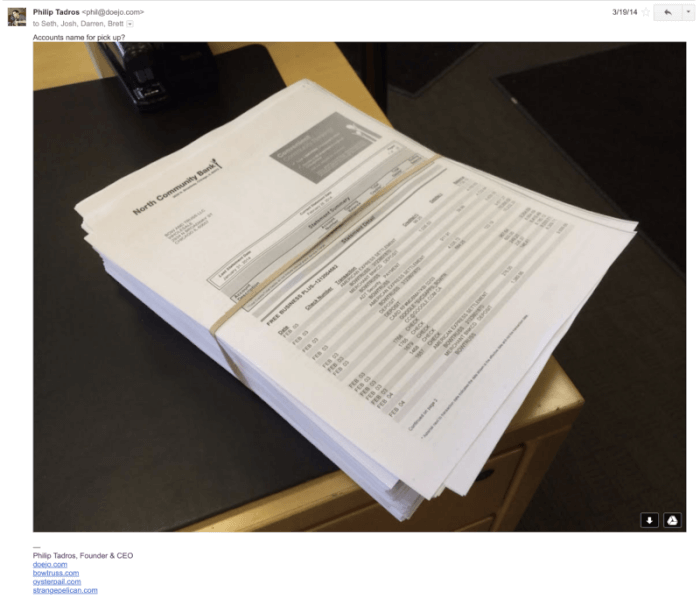 On their own, none of these things is newsworthy, or even out of the ordinary for the business world. Crain’s might argue, however, that together, they represent a picture of what it’s like to work with me. But I wholeheartedly disagree. Think of it this way: what do all the people who *still work with me* think of me? Grant those folks anonymity, I don’t mind. But if you don’t talk to them at all, as you did in July, it’s classic sampling bias. And it’s serious business, what you do at Crain’s. In July you put on the line the careers of 150 Chicagoans working for local businesses. Is what you did journalism? Putting together a list of people who no longer want to work with me, and getting from them what juicy details you could? There’s no way this method could produce an accurate picture, so I wouldn’t call it journalism.

It may be true that the opinions expressed in the article are those people’s real opinions. Crain’s interviewed many people who felt slighted by me, for some reason or another. And for that I wholeheartedly apologize.

But with how poorly this Crain’s article was sourced, I’ve been beating my head against my desk wondering how a roundup of scantily-sourced negativity became front-page news.

At first I thought that the strong name recognition that’s been winning us business and investors for years had finally come around to haunt us. None of this would be a story if our brands weren’t widely known, I thought. Then I remembered that big stack of papers I handed off to my disgruntled former investors. The papers in which they couldn’t find anything legitimately wrong, but could easily make it seem wrong, to a reporter, by adding a little banter.

I think we’ll weather it just fine. I hope so, for the sake of those around me.

Wives should start with lawns to understand husbands Commentary