Mazan Faqha was a political prisoner in Israel released in the 2011 prisoner exchange for Israeli soldier Gilad Shalit on June 25, 2006. Shalit was with a group of soldiers at a military outpost when members of the Ezzedine al-Qassam Bridgade captured him, holding him for five years. The captors demand that Israel release all female prisoners from their Gulag and all children under the age of 18, something Israel refused.

Palestinian believe that Israel agents were responsible for the targeted murder of Mazen Faqha, a Palestinian who was held in an Israeli prison since 2003 for his resistance to Israel’s military brutality in the Gaza Strip. Faqha was released in 2011 in the Gilad Shalit prisoner exchange in 2011.

On Friday, March 24, 2017 Faqha was gunned down by Israelis angry over Faqha’s release. shot in the head four times. The killers reportedly used silencers.

Faqha was released along with more than 1,000 other Palestinians in exchange for Gilad Shalit, an Israeli solder Hamas had detained for five years. Many Israelis were angry over the prisoner swap and had vowed to kill the released prisoners.

Iyad al-Bozum, an interior ministry spokesman in the Hamas-ruled Gaza Strip, said that gunmen opened fire on Faqha in the Tell al-Hama neighborhood.

All photos by Mohammed Asad.

Many Israelis assert that Shalit was kidnapped illegally and taken as a hostage by Palestinians, but Palestinians have argued that the vast majority of Palestinians being held in Israel’s prison Gulag system are victims of Israeli political oppression, are tortured and are denied the right to legal representation.

Faqha was convicted of planning a “terrorist attack but in fact was working with other Palestinians to protect themselves against Israeli military and Israeli settler attacks in Gaza. At the time, Gaza was under direct Israeli military occupation and included several illegal settlements established on Palestinian lands.

Israel withdrew its soldiers from Gaza in 2005 but turned Gaza into an outdoor prison controlling all access to the desert enclave around its border, even employing Egyptian police to  persecute Gaza Palestinians. 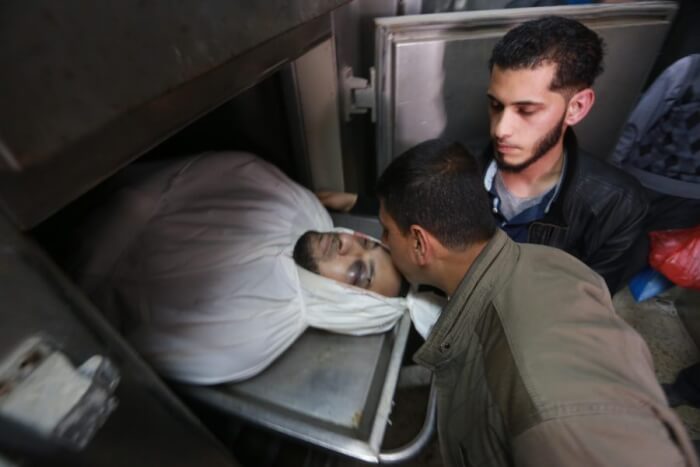 Comments (2) on “Israel suspected in murder of Palestinian Mazen Faqha”