I share my horrific experience with Sprint. I have been a loyal Sprint customer for 15 years only to be treated like dirt when I asked for a change and inquired why new customers were receiving a lower cost for the same plan I was already receiving. Why punish loyal customers just to get new ones?

In December, I decided to switch cell phones from Sprint to T-Mobile. I was upset over Sprints TV ads promoting a low-cost service for “new customers.”

For $90 ($22.50 each) you could get four phones with unlimited data from Sprint. Sprint spent a fortune to lure away the “Test Man” from Verizon (Paul Marcarelli) to do their new “new customer” commercials.

I’ve been a loyal Sprint customer for 15 years, but the discount didn’t apply to me. I was paying $276 a month for my 4 cell phones and unlimited data.

We take our cell phone services for granted, blinded by the excitement of the “smart phone” technology that allows us to waste our time playing Candy Crush and other stupid games all day.

So I started to look at my Sprint bill and I was in shock.

I have lived in Orland Park, a Chicago suburb, for nearly 40 years. So I was surprised when I discovered that I was paying a tax of about 10 percent on my bill to the City of Chicago. 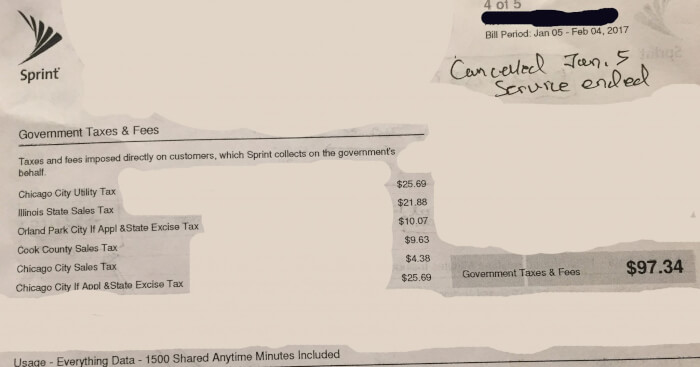 Basically, when I set up the phone, I included my daughter who was a student living in an apartment in Chicago to attend school at DePaul.

Years ago after she graduated and married, I removed her name. But Sprint and Chicago didn’t want to see it that way. Chicago wasn’t going to lose $27 a month in taxes and Sprint cared more about Chicago than me, the “loyal customer.” 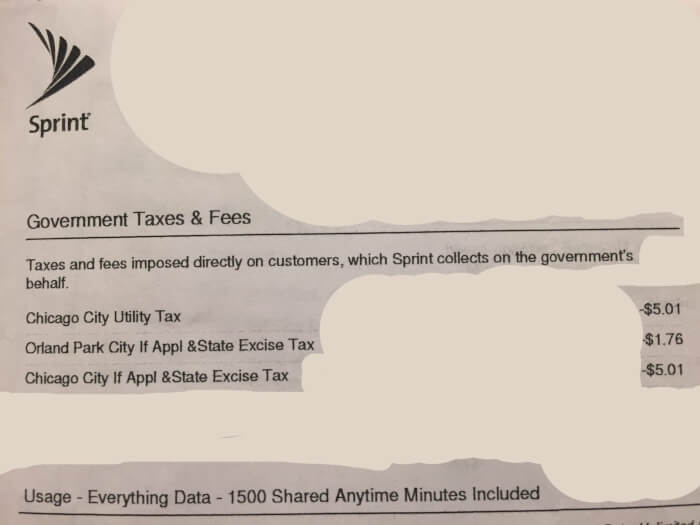 It angered me more when I discovered I was also paying 8 percent in “Sprint Surcharges,” and $21.88 to the State of Illinois and $10.07 in taxes to the Village of Orland Park.

After getting nowhere with Sprint, I told them I was moving my cell service to another carrier. They said go ahead.

I went to T-Mobile, which charged me a flat rate of $160 for 4 phones including all taxes. The savings by switching from Sprint to T-Mobile was more than $100 a month. 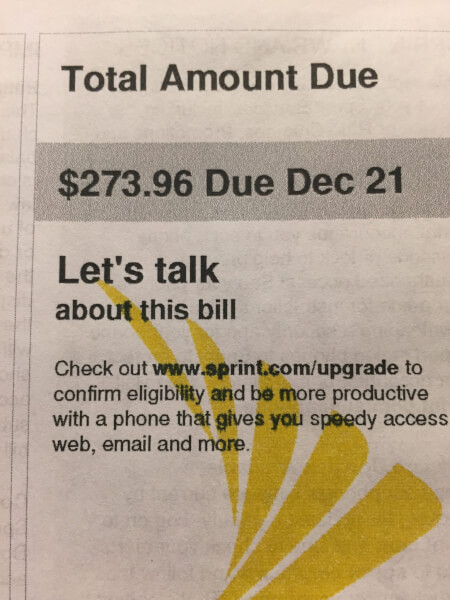 How many of you are like me and trusted your cell phone service?

Sprint wasn’t too happy losing all that free money. Although they are required to transfer my phones and numbers to the new carrier, they don’t have to do it efficiently. They tied up two of my four phones, including one that my disabled sister relies on to stay in touch with me from her care center, for weeks with no service.

Sprint refused to release the two phones, even after I paid the balance on the remaining “two year contracts.”

After going through two excruciating weeks of poor communication with my disabled sister, I learned that the cell phone I bought for her to use from Best Buy didn’t work with other carriers except Sprint.

Best Buy said they didn’t care either. The Samsung phone I bought from Best Buy to use with Sprint was “branded” by Sprint and was non-transferable.

I ended up buying my disabled sister a new Samsung phone. 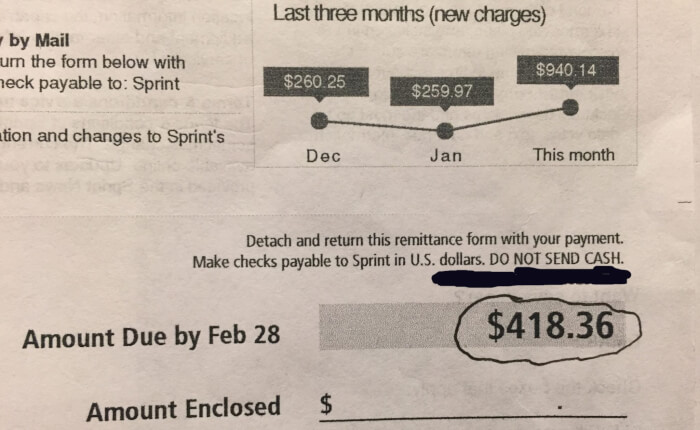 The hassles were not over. Within a few weeks, Sprint sent me a new bill claiming I owed them $940.14 because I switched to a new carrier. I battled with them in five telephone conversations arguing their information was wrong. I paid off all balances due, $450, on the two remaining “contracts.”

Finally, after weeks more of hassles, a polite Sprint operator acknowledged I was right. She said she posted a “note” on my file showing the charges were inaccurate and removed and gave me the note reference number.

Like I trust them. You shouldn’t trust Sprint either. Wouldn’t it be nice if someone in Illinois thought it worth investigating how cell phone companies over charge customers? Maybe public hearings to invite people to share how they have been ripped off?

How about investigating whey Chicago is collecting taxes on cell phone users living in the suburbs?

In the end, it cost me over $1,200 to leave Sprint, buying a new Samsung Phone to replace the useless one from Best Buy, and paying off the outstanding “contracts.” But I don’t care. It was the best $1,200 I have ever spent knowing that I escaped Sprint.

But I don’t think Sprint should be off-the-hook for those Chicago tax charges. You need to complain, too.

(Ray Hanania is an award winning columnist and author, and former Chicago City Hall political reporter. Email him at rghanania@gmail.com.)