Reclaiming the culture of Lebanon with culture and art: reviving Hamra Street with graffiti.

Yazan Halwani is a street artist, still in his early 20s. Over the past year, I’ve met with Yazan a few times, following his work closely and always, with great admiration. When I finally got to sit down with him to record this episode, it was in a large studio that was given to him to use in the building on which he had just finished his iconic Sabah mural – how appropriate, I thought. 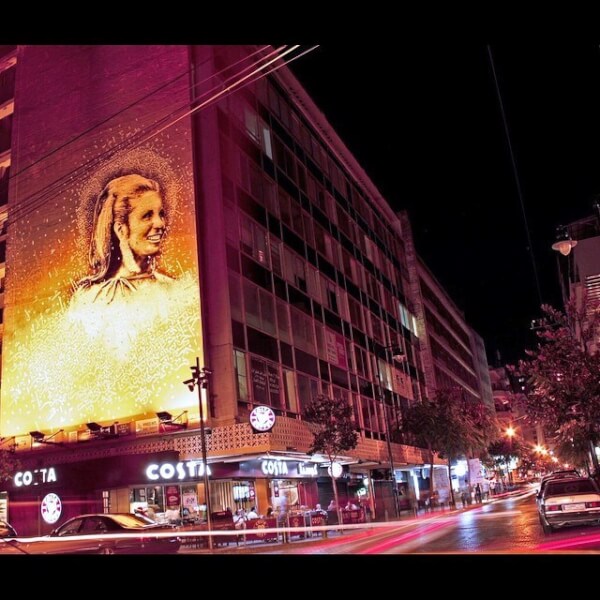 There were no chairs in this studio – only large canvases laid along the walls and concrete columns, paint spread across the room on canvas and floor, and a few large wooden wheels that we tried to sit on. 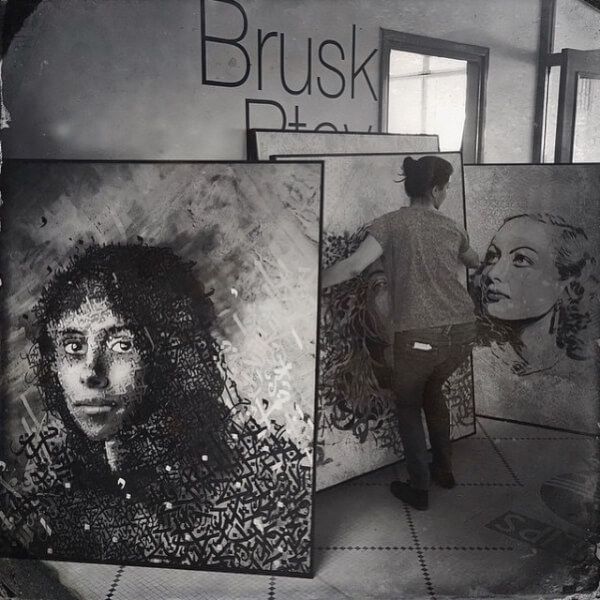 Yazan is energetic and friendly. Fluent in three languages (at least), he speaks quickly and passionately about his art, and about the meaning behind each piece. It’s not just paint on a wall – it’s a statement, it’s a cultural diary, “I paint people that define the streets of Beirut or the cities of Lebanon, or Arabs in general. So it could range from Fairuz, to Sabah, to Mahmoud Darwish, who is a Palestinian poet but also a symbol of peaceful resistance within the Israeli-Arab conflict. If you read his poetry you would see his peaceful face of resistance, ” he tells me. 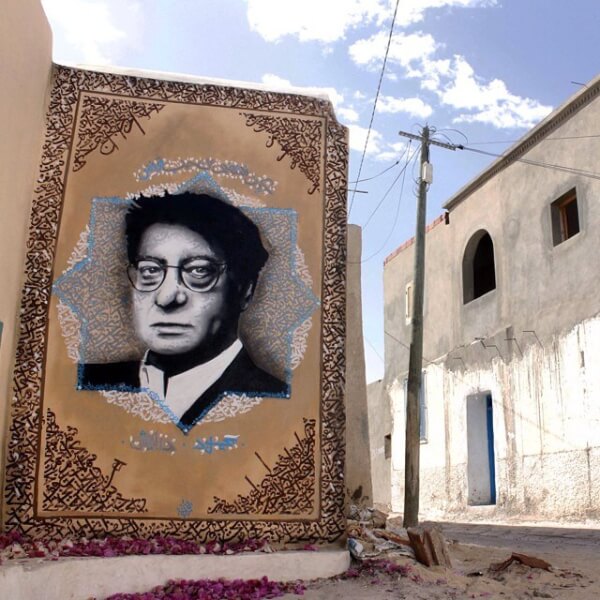 But what makes Yazan different is not so much that he paints the popular Arab icons, it’s that he paints the non-obvious ones. He paints murals to commemorate the lives of people who touch our streets. He paints people like Ali Abdullah, a homeless man who used to live facing the American University of Beirut and was a regular face of this street before he passed away two years ago: 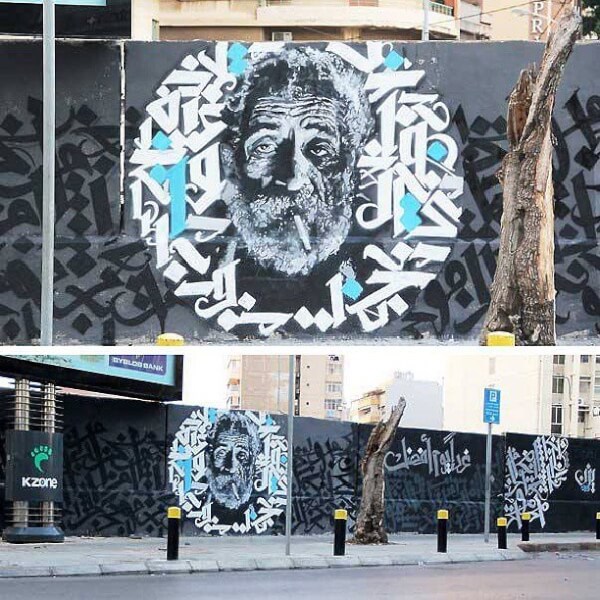 Or, he paints people like my new favorite, Fares: 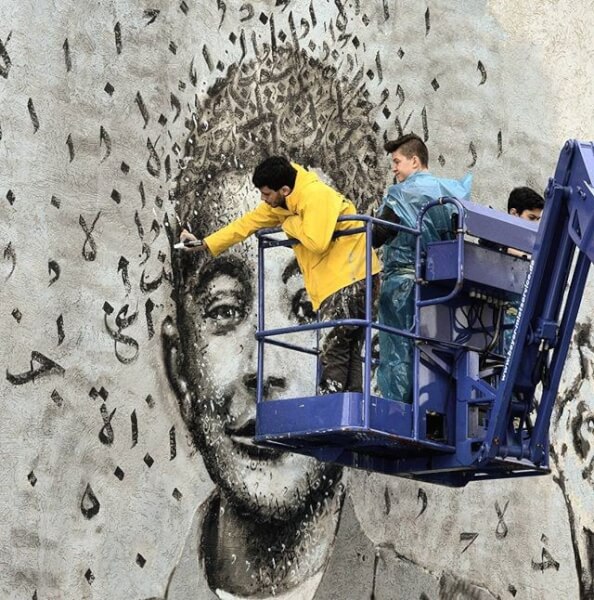 Fares was a young Syrian boy who became a well-known figure among bar-goers on Beirut’s Hamra street for selling flowers all night outside the popular bars. Fares was adorable – soft spoken, big brown eyes, and hair that was always so slick and well kept. This summer, Fares died in Syria, like many other children, at the hands of the brutal civil war.

In September, Yazan completed a mural commemorating Fares in Dortmund, Germany, a city which has accepted hundreds of thousands of Syrian migrants and refugees. The young face will now grace all those who pass by him in Dortmund, far away from the conflict that took Fares’ life. 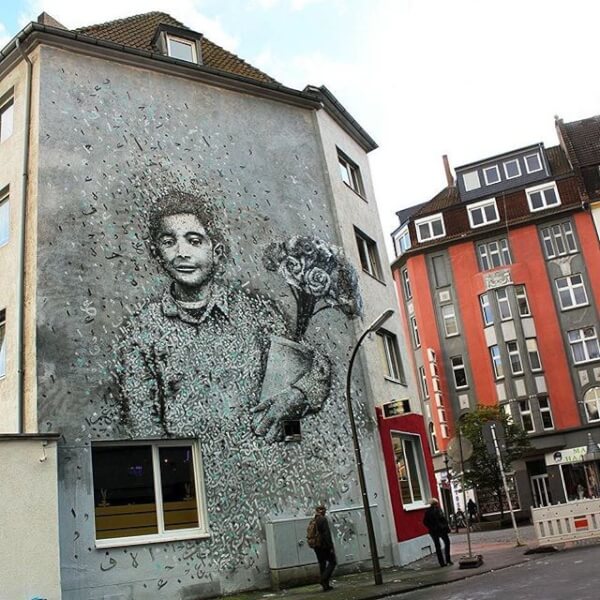 For me, Yazan is the epitome of hope amongst the youth of Lebanon. He takes what others and I hope for Lebanon, and he translates it into beautiful visuals along the streets of our capitals.

But he cringes a little when I suggest that he may perhaps be a Lebanese icon himself, “I don’t feel comfortable being that to be honest, but I think I am the embodiment of a feeling that is here within Lebanese society. Especially the younger generation, but not so many people are doing something about it,” Yazan says.

“If you talk to any young person living in Lebanon now, he would talk to you about similar stuff. About the grasp of corrupt politicians to Lebanon, about hopes and dreams, about so many things, about taking back the city and so many people are working on that. I like to think I am just the expression of some people’s positive thoughts. That’s it.” 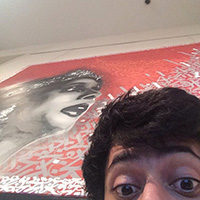 Yazan Halwani is a street artist from Beirut, Lebanon who paints murals through a combination of renewed Arabic calligraphy and portraits. Dubbed “Beirut’s Banksy” by Arab and international media, Yazan has painted in a number of countries including: France, Singapore, Germany, Beirut, Tunisia, and the UAE. 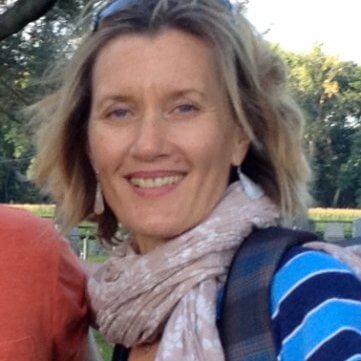 Maria Bashshur Abunnasr is a research associate at the Neighborhood Initiative and an oral history/history consultant at the American University of Beirut. She has a PhD in History, with an emphasis on oral and public history from University of Massachusetts Amherst, and her dissertation entitled The Making of Ras Beirut: A Landscape of Memory for Narratives of Exceptionalism, 1870-1975 attends to the history of Ras Beirut’s community, urbanization, and memory in relation to the American University of Beirut (AUB).