Muhammad Salah, a longtime critic of Israel’s brutality who defeated the injustice of the pro-Israel American government, died this week. Salah had been imprisoned and tortured by Israel, persecuted again by the United States following the terrorism of Sept. 11, 2001, but kept his head high as he beat the U.S. Government and Israel in court.

Muhammed Salah (Mohammed Saleh) symbolized the extra-ordinary special measures that Israel and the United States took to silence and persecute critics of Israel. But he was a champion of justice against injustice.

Salah’s long road of persecution began in 1993 when he was arrested by Israel, and was accused of being a supporter of Hamas. The Israelis claimed that $95,000 that he had with him when he entered the country was intended to “support” Hamas, but Salah always maintained it was money intended to help the oppressed Palestinian victims of Israel’s brutal occupation.

Anyone who criticized Israel was targeted as a “terrorist” by Israel, including those who later criticized the failed peace process that was initiated by Palestinian President Yasir Arafat and Israeli Prime Minister Yotzhak Rabin. Rabin was murdered by a Jewish Israeli settler fanatic and Arafat was murdered through radiation poisoning by the Israeli Mossad.

Salah’s arrested came after Israel arrested and expelled 400 other Palestinian activists in the Gaza Strip and in the West Bank in 1993, denying most the ability to defend themselves and sentencing them to years imprisonment in Israel’s Gulag prison system where Palestinian dissidents and political activists where often thrown.

Salah served 4 and one-half years in the Israeli Gulag. The Israelis based the imprisonment on a “signed confession” Salah told me he was forced to sign after weeks of torture by the Israelis. Salah was eventually released and expelled from his homeland.

In 1997, Salah returned to his wife and children in the Chicago suburb of Bridgeview, Illinois. He was continually harassed by law enforcement, but in 2007, desperate to show some progress against terrorism, the administration of President George W. Bush targeted Salah and filed terrorism charges against him.

Although Salah was allowed to re-enter the US after being tortured and persecuted in Israel, the administration of Attorney General John Ashcroft decided to charge Salah in 2004 with supporting a terrorist organization, Hamas.

That charge was ludicrous, of course, because Hamas has NEVER been an anti-American organization. Although Hamas was engaged in terrorism and violence including suicide bombings against Israeli civilian targets during the years following the signing of the Camp David Peace accords between Arafat and Rabin, Hamas NEVER used violence against Americans.

But Ashcroft needed to show the American people that the failed policies of President Bush had succeeded in identifying a “terrorist.” They persecuted Salah, and a co-defendant Abdelhaleem Ashqar, and used the case to underscore their lies that the bush administration was successful in protecting Americans.

Salah was NEVER a threat to any American. Although he criticized Israel’s policies, he was not engaged in any activities involving any violence or violent protests.

Ashcroft made a big deal holding a press conference to showcase the charges against Salah as a step against terrorism and al-Qaeda, even though Hamas and al-Qaeda are driven by far different agendas that are not even close in philosophy or goals. Hamas seeks to liberate Palestine of Israel’s military control. Al-Qaeda seeks to destroy America, Jews, Christians and secular Muslims.

Hamas is technically a resistance movement against Israeli oppression, while al-Qaeda has always been a true terrorist organization that has targeted Americans.

But Salah prevailed against Ashcroft’s persecution and lies provided by the Israelis, and a jury sided with him during the trial rejecting claims that he was tied to Hamas.

Ashcroft’s prosecutors asserted during hyped up press conferences before the trial that they had a “crush of evidence” that would prove Salah was a terrorist and a “threat to the United States.” They wrapped up Sept. 11, 2001, stereotyping and racism all into one ugly bundle of lies and threw it at Salah.

It was all an outright lie. The jury saw through the lies. Ashcroft was shamed as was the American injustice system that falsely accused him of supporting terrorism.

After deliberating carefully over the mass of “evidence” submitted by the Ashcroft Justice Department, the jury rejected the major charges that he was involved and was engaged in a conspiracy to commit murder, conspiracy to kidnap, engaged in money laundering and more.

I am telling you, Ashcroft threw everything at Salah and nothing stuck. The only thing was a trumped up claim that he lied while responding to a question from the FBI.

The Justice Department always tosses in assertions of perjury, which is a far easier charge to prove simply by twisting the responses of the targeted defendant. The court allowed skewered evidence that falsely portrayed Salah as having perjured himself in an unrelated case involving a Jewish American and Israeli citizen who was killed in the Occupied West Bank during a terrorist attack. (A separate civil case was brought in that case against Salah and a whole host of other Palestinian and Muslim defendants. But that case was also overturned and thrown out by an appeals court.)

Salah was sentenced to 21 months in prison for “lying,” something that President Bush, Ashcroft and Vice President Dick Cheney did every day! The judge in the case was the notorious anti-Arab federal magistrate U.S. District Judge Amy J. St. Eve.

Salah served his time without incident as he did in the Israeli Gulag, and he was released in 2009.

Salah will be remembered for defeating the injustice of the American Justice System and for exposing Israel’s torture practices in prison, something that has been going on in Israel’s Gulag system since it was created in 1948.

Salah was born in 1953 in Jerusalem, a city that has been partially occupied by Israel in 1948 and completely occupied since 1967. He moved to the United States in 1971 and became an American citizen in 1976. He is survived by his wife, Maryam, who is American Iranian, and five children.

The truth behind what instigated Crain’s “Special Report” on me, Phil Tadros American Arabs 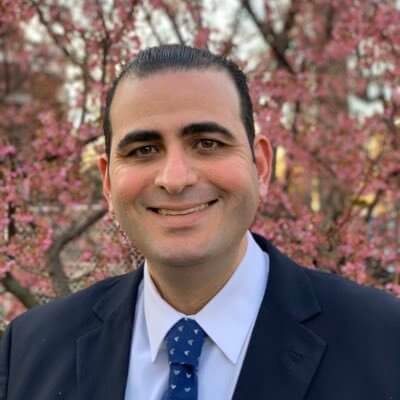 The Hypocrisy of the anti-Trump protestors Arab World
HOW DID I GET HERE??? Arab World