In the wake of the tragic event that took place on Friday afternoon at the Hollywood Transit Center in northeast Portland, the Muslim community in the city and the country at large are still reeling.

Two American men were stabbed to death and one injured after they tried to intervene when another male passenger began shouting anti-Muslim hate slurs terrorizing two young Muslim women one of whom was wearing Khemar (Islamic headscarf).

The heinous attack occurred on the eve of the month of Ramadan, as Muslim community leaders were addressing concerns about extra patrols and security around Portland, Tigard and Beaverton-area Mosques and islamic Centers in light of the escalating tension toward the Muslim and Arab communities. 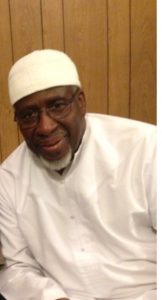 According to CAIR there has been nearly a 50% rise in hate crimes targeting Muslim and other communities since the election of President Trump in 2016.

This tragic incident took place in the most welcoming and tolerant city in the U.S.; I did witness this tolerance first-hand during my years in the Rose City and the beautiful State of Oregon. People there are generous in spirit, interested in different cultural backgrounds and generally accepting of ethnic values.

A liberal and cosmopolitan city with a wide variety of restaurants and food carts where the aroma of MiddleEastern food is always tempting to the passerby to stop, not only on a sunny day but even on the well-known rainy Oregon day.

In the past, Portland had another moment of “fame” in world news, the attempted bombing of the Christmas tree-lighting service at Pioneer Square, one act although diffused in a series of serious threats posed by homegrown radicals espoused by young American Muslims.

Local law enforcement and special agents reached out to Muslim community leaders across the state and country in response to the event.  Hence this joint effort of law and community resulted in the failure of the attempt. Furthermore it underscored the vital need for Muslim community leaders to control Islam’s message and avert further reckless activities of young Muslims.

Yet one acknowledges American society in general as an accepting and embracing culture exemplified by the spontaneous support of its citizens to the Somali community of which Mohammed Osman Mahmoud was a member. 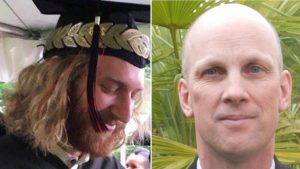 Now, in the present day, the sacrifice of these two American men stands as a cornerstone of American heroism for liberty and multiculturalism.  For Muslims this serves as an open message for protection of their beliefs and acceptance of them as a people.

However, the actions of one individual can test the strength of beliefs held to be self-evident–and in this instance that test required the ultimate sacrifice on the part of those who stood agains the rage and hatred of the extremist. “He told us to go back to Saudi Arabia, and he told us we shouldn’t be here, to get out of his country,” Mangum said.

“He was just telling us that we basically weren’t anything and that we should kill ourselves.”  These words from the terrorist are a clear indication of his level of hatred and ignorance.

Imam Najeeb is a valued leaders and an American Muslim thinker with whom I had the opportunity to share long hours of discussion at the Portland islamic Center, not far from the transit stop where the attack took place. We spoke often of the need for a strong role in leadership for young Muslims in the local community and the creation of a frank dialogue within the Muslim community in Portland.

He emphasized often in his Jomooa’a‘s Khotba (preachings) how to be grateful for your place in this country, your community at large and peaceful co-existence with non-Muslims. He often referred to his actions during the civil rights movement in Boston and Chicago.

According to the Associated Press, the FBI and the U.S. Attorney for Oregon will work with Portland police to investigate the case. The FBI said it’s too early to say whether the killings qualify as a federal hate crime, but U.S. Attorney Billy Williams said Saturday, “there’s a day of reckoning coming, a day of accountability,” the AP reported.

Police said they’ll examine what appears to be the extremist ideology of suspect Jeremy Joseph Christian, 35, who is accused of killing the two men Friday.  Christian’s social media postings indicate an affinity for nazis and political violence. 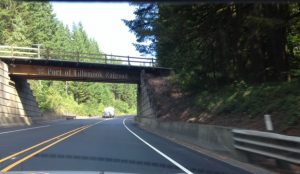 Now Muslims and non-Muslims are reaching out to each other more and getting closer, like the mother of Taliesin Myrddin Namkai Meche, the young man who gave his life, put it: “We ask that in honor of his memory, we use this tragedy as an opportunity for reflection and change. We choose love.”

Muslims don’t have to bear the guilt by association that comes from sins committed by self-destructive agents on both sides who believe that American is made for white supremacists or not a country worth living in.  Arab/Muslim communities need leadership that expresses the true tenets of Islam to guide youth and create meaningful dialogue with the culture at large.

Today Muslims across the world are grateful and thankful to those heroic Americans who stood up for American values, to make America great, and more importantly, to keep Portland an open and accepting city for people of all backgrounds and nationalities.