Since October 1st from Gaza to the OPT, casualties are rising almost daily as are injuries, arrests, raids and the outrageous closure of the Tel Rumeida neighborhood in Hebron along with segregated Shuhada Street by military order.

A crisis within a crisis is slowly devouring the Tel Rumeida neighborhood in Israeli military controlled Area C Hebron. In an urgent alert released just days ago by the International Solidarity Movement, with teams on the ground in both the Gaza strip as well as in the West Bank;

“The International Solidarity Movement (ISM) urges the international community to take immediate and urgent action against the Israeli occupation forces’ recent declaration of the Tel Rumeida neighborhood and Shuhada Street in downtown Hebron as a closed ‘Closed Military Zone.’

On November 1st, the occupation forces instructed all Palestinian residents to ‘register’. Since November 3rd, all non-residents, including human rights workers, doctors, teachers, plumbers, and others are barred from entry. 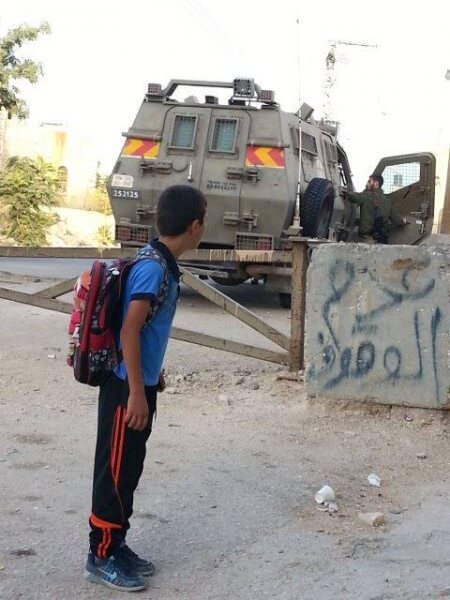 This declaration comes amidst a month long escalation claiming the lives of over 70 Palestinians across the West Bank and Gaza – one third of them in Hebron. Many of the extrajudicial killings in Hebron are occurring in the areas now evacuated of all internationals who had been monitoring and reporting what they witness.”

The International Solidarity Movement’s flat, housing international human rights monitors has since been evicted of residents under threat of arrest. It is incumbent upon the international community to get involved in such a way that empowers paths to immediate solutions and allows for the opening of downtown Hebron as well as the return of human rights activists into the area who have endured violent attacks from ideological extremist Israeli settlers, including enemy of the state style wanted posters picturing internationals and inciting harassment, violence or worse against them.

Palestinians suffocating under the violent pyrotechnic confluence of Israeli settlers/soldiers in the Tel Rumeida neighborhood are being forced to register, facing Israeli extremist violence unabated and are undergoing the isolating vaccumization of their community which is not only under occupation but now under closed military zone orders by Israeli forces. 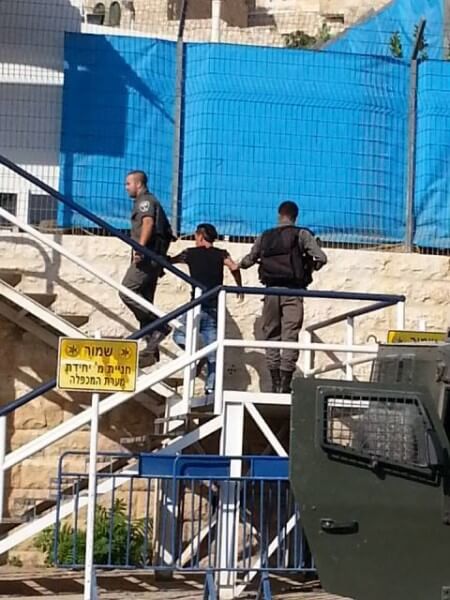 The mayhem continues and its scenes are as dramatic as they are unbelievable. Hospitals are being raided after Israeli soldiers disguised as injured Palestinians file in, storm the medical facility and arrest those with injuries suspected to have happened during clashes and demanding Palestinians private medical files.

Palestinian medics as well as journalists have consistently been targets of the Israeli military monster and have endured violently imposed injuries including the pepper spraying of a journalist by occupation forces and the destruction and damaging of emergency medical vehicles which prompted the declaration of a state of emergency in early October when IOF became habituated to attacking Palestinian emergency medical personnel.

But Palestine is fighting back.

Solidarity organization Stop the Wall has an interactive map detailing current acts of resistance, mobilizations and demonstrations in reaction to the wave of violence sweeping across the West Bank and Gaza.

The escalation has featured snapshots of breathtaking moments of terrorism acted out with precision by occupation soldiers acting with a brazen impunity instilled in them by either deadly silence or deadlier financial support from global governance which collectively looks on while Palestinians are violently felled on a routine basis.

“Ramadan Thawabteh, eight months old, died from asphyxiation today after inhaling tear gas, fired by the Israeli army, that entered the house of his family,” a ministry spokesman said back on October 30th; a violent crescendo to a month of the violent bloodletting of dozens of Palestinians, mostly youth. The infant’s death came just days after an ominous threat was levied via loudspeaker throughout the quiet streets of the Aida refugee camp in Bethlehem by Israeli occupation soldiers.

In transcripts from the statement, “People of Aida Refugee camp we are the occupation army. You throw stones and we will hit you with gas until you all die. The children, the youth, the old people, you will all die, we won’t leave any of you alive. And we have arrested one of you, he is with us now. We took him from his home and we will slaughter and kill him while you are watch if you keep throwing stones. Go home or we will gas you until you die. Your families, your children, everyone we will kill you. Listen to me, all of you go home, it’s better for you. “ 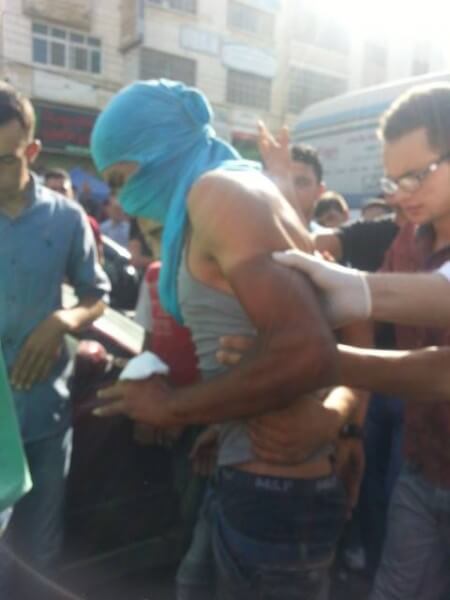 Again circumventing international humanitarian law, occupation forces have taken over the private residential home of the Abu Rajab family in Hebron, leaving them with a military order declaring part of their home a ‘closed military zone’ for an unspecified period of time. This was preceded by the storming of a Palestinian radio station in Hebron, destruction of equipment and the issuance of a military order to halt broadcasting.

The isolating of a people already under attack. In a Speak Out Loud piece, a piece which is actually aimed at breaking down in digestible pieces different psychological warfares utilized in domestic abuse situations. They expose tactical stratagems abusers use to coercively control a population of one or several- here Israel has managed to expand these stratagems to an entire population; a population they are working tirelessly at making invisible to the global community.

Isolation is a pivotal tactic used in order to weaken their victims, prevent them from hearing others’ perspectives and to bring them into line with their own beliefs and requirements.

The machine rages and it is imperative for criminal acts perpetrated under the cloak of night, in Palestine’s case- a night eternal, to be exposed.

The ISM has set forth demands in reaction to the closures of both Shuhada Street as well as the Tel Rumeida neighborhood. They call for:
–       An immediate end to the ‘Closed Military Zone’ order on Tel Rumeida and Shuhada Street
–       Cessation of threats and harassment of residents and foreign human rights activists
–       Removal of restrictions on movement throughout downtown Hebron
–       Removal of all illegal Israeli settlers from Hebron

We call on civil society worldwide to support the above demands and do all they can to pressure the Israeli government to cease its severe human rights abuses against the Palestinian people, including joining the Boycott, Divestment, and Sanctions (BDS) movement.

The Boycott Divestment and Sanctions Movement, under the hashtag #SolidarityWaveBDS is calling on the international community to:

We have been given a microphone to cry from. A path to charge down. A goal to speed towards. For those trudging with steps made heavy by occupation and self-appointed, global government approved religious entitlement, we cannot begin soon enough.

Expulsion at NYSE: Are we trading in hatred? American Arabs