If there is blame, it is laid at the feet of the hypocritical international community, the heinous el-Assads clan and the infamous ISO, who forced them to flee their homes and throw themselves into the Aegean Sea.

Paris, France — The shocking sight of a drowned Syrian boy found on a beach near the Turkish resort of Bodrum underscores the tragic plight of Syrian refugees fleeing the horrors of war and their desperate need to find some distant refuge in wealthy European countries in which to restore their shattered lives.

The image of a Turkish police officer starring down at the drowned body of this innocent child, drowned in a failed attempt to reach the Greek island of Kos by boat, is an iconic reminder of another child, Kim Phuc, horribly burned by napalm, running naked down a road from Trang Bang after a South Vietnamese Air Force napalm bombing in 1972.

These two images share a common bond joined as they are in the full horror of human tragedy visited on the helpless child-victims of war.

Syrian refugees grew tired of false hopes and empty promises of the INGOs and NGOs, of erroneous assumptions about their women and children, promoted to some extent by the Turks along the border. In their deepening despair over these and other rumors, and their confused legal status in Turkey, they were forced to look elsewhere to resolve their situation.

In Turkey they are considered “guests,” not refugees, and by far, not migrants. The European media have insisted on the terminology of “migrant,” but from a legal point of view, they are refugees or asylum seekers. According to the Universal Declaration of Human Rights, Article 14, “everyone has the right to seek and to enjoy in other countries asylum from persecution.”

The relentless persistence of conflict and the ever-growing number of refugees it has generated has created some tough challenges for Turkey.  Problems range from whether the government should consider offering refugees the opportunity to remain and integrate in Turkey to ways and means to provide urgent education, employment, health care and shelter plus needs for their protection.

Last year Save the Children, in collaboration with a local NGO, implemented a program to increase protective support to 400 Syrian refugee children aged 6-12, and opened four centers located in Suruc, Şanliufa province. These centers offered winterized safe spaces, protective care and referrals for individual support plus outreach to vulnerable children in tougher areas for psychosocial support and provision of child-friendy winterization kits.

But hundreds of Syrian children like Aylan did not receive the protective support they needed from the INGOs and NGOs in Suruç and neighboring villages.

Currently the majority of Syrian refugees have temporary protection status because Turkey practices a “non-refoulement” policy, admitting as “guests” any refugees fleeing from conflicts in Syria and Iraq. But it has become increasingly difficult to maintain this “open-door” policy in the face of a continuing influx of refugees and rapidly diminishing support funds.

“Protecting and caring for refugees is an international responsibility.” These were the words spoken by UNHCR High Commissioner Mr António Guterres at a joint meeting of NGOs and INGOs in Istanbul in June of this year. But after his visit to the Gulf countries, he went on to say he felt heart-broken when he learned the Gulf leaders were categorically opposed to receiving refugees into their countries.

In addition to the norms of humanitarian assistance, there are other sold reasons why the international community should assist Turkey’s efforts to response to the refugees’ crisis. If Turkey were indeed successful in its management of the situation, it would stand as a positive model and surely benefit the international community as well. Turkey is deeply engaged in many of the U.N. institutions, and aspires to become a permanent member of the UNSC. It is important to recognize and accept that those international actors that would extend financial help would rightfully seek transparency and accountability either by Western private donors or states. 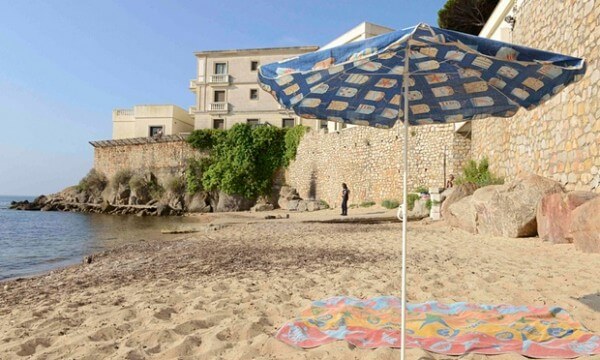 So the tragic image of Aylan, who lost his life fleeing Syria is not only shocking but an all-too-grim reminder of the constant danger children and families face and the ultimate risk they take in search of a better life.

Shame then on the Arab tyrants and donors, who fear the Syrian will only bring terror and psychological trauma to their lands and citizens — as if those countries are preaching tolerance and civility! If there is blame, it is laid at the feet of the hypocritical international community, the heinous el-Assads and the infamous ISO, who forced them to flee their homes and throw themselves into the Aegean Sea.

Why, one asks, should it take a tragedy of this kind to finally force the E.U. countries to agree to tackle the refugee crisis? Where are the quarrelsome Arab League and the irrelevant Islamic Conference Organization?

Subsequently passions burst on Hungary’s border, Austria and even in France, as right wing nationalist politicians and militants rose up against the coming of “migrants” to their countries. In France, for instance, in a today poll on the so-called “migrants” issue, 55% of the population were against the acceptance of any new comers.

This heated outcry is not only leveled at Aylan’s social class, but was also played out even against an Arab king. Last July, King Salman of Saudi Arabia was forced to shorten his summer vacation on the French Riviera and fled instead to Moroccan resorts because of a petition by locals and regional vacationers protesting against his presence on the Côte d’Azur.

The King’s white palace, the Château de l’Horizon, has been the summer retreat of Saudi royals ever since it was bought by King Fahd in 1979 when he was heir to the throne. However, Aylan’s family wasn’t looking for a paradise of blue skies and golden sandy beaches. Instead, they had escaped the atrocities of el-Assads clan and ISO and only sought to restore their lives with family in Canada, beyond the Aegean Sea horizon.

Recently Syrians are raising their voices in praise of Germany and rightly so, because there they have found refuge, acceptance and support from “infidel politicians,” who welcome them, allowing them to catch a second wind in their struggle for dignity. On the other hand, Aylan’s village, Ain el-Arab (Eye of the Arabs) did not fare as well, when Arab leaders and donors turned their “eye” away from him and his people.

Kim Phuc survived her ordeal, found asylum in Canada, and went on to establish a foundation serving the child-victims of displacement and war.  Sadly, Aylan’s short life ended with no hope of fulfillment on a lonely Turkish beach.

Surely this tragedy must resonate today as that of Kim Phuc so long ago and make us mindful that we are truly “our brothers’ keepers.”