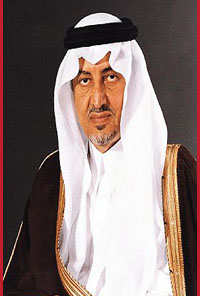 This year’s theme ‘Competitive Governments’ draws together an impressive group of over 50 speakers from 22 different countries to discuss the positive impact national competitiveness can have on local, regional and global economic and social development.

The Global Competitiveness Forum (GCF) will be held at the Four Seasons Hotel inRiyadh from January 25-27 and will discuss global and regional trends in governmental competitiveness and developing a world class infrastructure in Saudi Arabia.

Since the founding of the GCF by the Saudi Arabian General Investment Authority (SAGIA) in 2006, the forum has grown into one of the largest and most important annual gatherings of academics, business leaders, politicians and journalists in the region.

The event will include an ‘Invest in Saudi Arabia’ exhibition which debuted at last year’s forum with great success. This year the exhibition will showcase investment opportunities and highlight major development projects in Saudi, includingJeddah’s Burj al Arab and the Kingdom’s economic cities.

Participants will have the chance to network and interact with a number of renowned guests during panels and workshops at the two day event. Below are some of the featured sessions:

Competitive Government and Saudi Arabia: A Gateway to the World

Lord Peter Mandelson, President of the Policy Network international think-tank, will moderate a distinguished panel led by Nika Gilauri, former Prime Minister ofGeorgia, and including Mustafa Koc, General Manager of Communications at the Ministry of Transport, Maritime Affairs and Communications; HE Notis Mitarachi, Vice Minister and Member of Parliament forAthens at the Hellenic Republic; and HE Dr Tawfiq Al Rabeeah, Minister of Trade and Commerce.

The Age of Discovery: How Can We Give Innovation and Technologies the Best Chance of Success?

A keynote speech by HE Dr Mohammed Al Suwayel, president of the King Abullah Center for Science and Technology (KACST) will explore the key to making innovation a successful economic reality. He will be joined by a panel of tech experts that includesAli Al Faramawy, Corporate Vice President of Microsoft Middle East andAfrica, and Amit Garg, a venture capitalist, formerly of Samsung and Silicon Valley among others.

Make it Work! Developing Jobs for Women in Manufacturing

Nik Gowing, of the BBC will moderate a panel on engaging women in the workforce, and in particular, in the growing field of manufacturing. Among the members of the panel are Dr Maha Al-Muneef, Executive Director of the National Family Safety Program; MsKrista Brookman, Vice President at Catalyst; and Dr Fahad Al Tukhaifi, Undersecretary for Special Programs in the Ministry of Labor.

Learning Today, Leading Tomorrow: How to Empower the Global Youth

HE Federica Guidi, Minister of Economic Development in Italy will lead a panel on engaging the global youth; and how to combine the passion and creativity of youth with the training and development they will need to become tomorrow’s leaders. Also on the panel are Kingsley Bangwell, Founder of Youngstarts Foundation inNigeria; HE Mrs Mbarka Bouaida, Minister Delegate to the Minister of Foreign Affairs and Cooperation; and Odd Eiken, Executive Vice President of Kunskapsskolan Education.

Keynote speech by Eric Schmidt, the Executive Chairman of Google

For more information, go to: www.gcf.org.sa