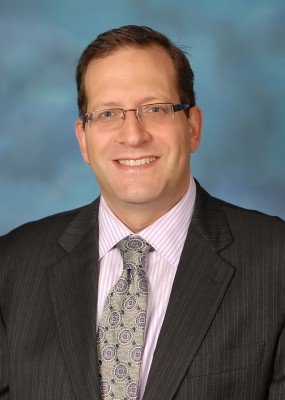 Senate Bill 3017, introduced by State Sen. Ira Silverstein to protect Israel from American citizens expressing their constitutional rights to criticize a foreign country, failed to be called for a vote last week, suggesting that it might dies, opponents of the illegal law said.

Leaders of Jewish Voice for Peace, an American Jewish grassroots organization of Americans seeking to end the Israeli oppression of civilians including through protests and boycotts, reported this week that the Illinois Senate Judiciary Committee failed to call the legislation for consideration at its Wednesday March 19 meeting.

“It now appears, although there is no certainty on this, that the bill will not be moved forward during this legislative session. If the March 28th deadline for moving a bill is not met, it means this unconstitutional assault on academic freedom and free speech will have effectively been defeated,” explained a statement from JVP spokesperson Lynn Pollack.

“We have come this far because people and organizations throughout Illinois took action. Our hundreds of phone calls and email messages, the petitions, and the direct discussions with members of the State Legislature all had an impact and made a difference! We had a sense we were on strong footing when we saw that 95 organizations and individuals had submitted to the Judiciary Committee “witness slips” through Wednesday indicating that they opposed this legislation, even though they could not appear at the committee hearing in person. Only 3 people submitted witness slips in support of the bill.”

Pollack cautioned that the issue is not dead.

“The issue is not quite settled though. A State Senate resolution introduced by the same Senator Silverstein, SJR 59, is still pending. It has much the same purpose of undermining academic boycotts of Israel, minus the punitive measure of defunding public universities. The Resolution has still not been assigned to a Senate Committee, so we will keep you updated on its status, and on what you can do to oppose it,” Pollack said in the news update.

Here is the key wording from the new censorship provision introduced by Senator Silverstein:

(1) if the country is determined by the United States Secretary of State to be a state sponsor of terrorism;

(2) if the boycott is connected with a labor dispute; or

(3) if the boycott is for the purpose of protesting 19 unlawful discriminatory practices, as determined by the 20 laws or administrative rules of this State.

Silverstein represents a heavily pro-Israel district including the Chicagoland suburbs of Skokie,Glenview, Morton Grove, Lincolnwood, Evanston, and the northernmost neighborhoods of Chicago. Click here to view a map of his senate district.

Silverstein’s illegal law was quietly introduced to the Illinois Senate on February 7, 2014. It may actually violate the state’s hate laws because it is intended to sanction Israel’s discriminatory policies against Christian and Muslims who are both citizens of Israel and also occupied residents of the West Bank of Palestine.

Click to read a story on Silverstein’s efforts to censor Americans who criticize foreign countries.