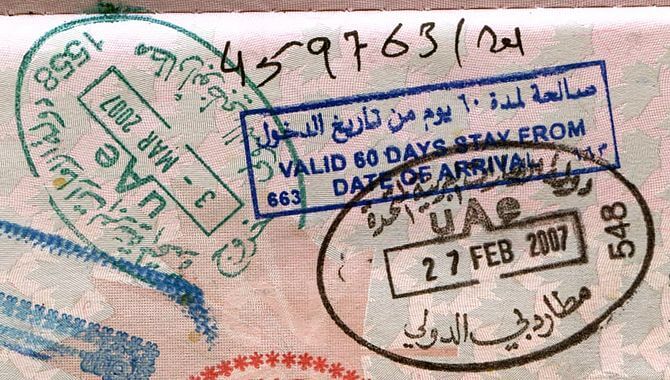 DUBAI, UAE, Aug. 30, 2017 /PRNewswire/ – At a ceremony, the government of the UAE accepted a certificate bestowed by the Passport Index, in recognition for being the most powerful passport in the GCC. UAE passport holders enjoy a visa-free score of 127, which places them in the top 25 passports globally.

Developed by Arton Capital, the global advisory leader for residence and citizenship solutions, the Passport Index is the world’s most popular destination for everything on passports. The index ranks national passports by the cross-border access they bring, assigning a “visa-free score” according to the number of countries a passport holder can visit visa-free or with visa on arrival.

These great accomplishments reflect the strategic, political, economic, social and cultural dimensions, with important implications in terms of prestige and appreciation, being enjoyed by the UAE, led by His Highness Sheikh Khalifa bin Zayed Al Nahyan– President of the United Arab Emirates, at an international level,” said H.E. Ahmed Saeed Alham Al Dhaheri, Assistant Under-Secretary for Consular Affairs at the Ministry of Foreign Affairs and International Cooperation (MoFAIC).

The ministry recently launched the UAE Passport Force initiative, with the goal to place the State’s passport on the list of the five most important passports in the world by 2021 upon the directives of HH Sheikh Abdullah bin Zayed Al Nahyan, Minister of Foreign Affairs and International Cooperation. In recent years, the UAE has been focused on establishing strategic relations and partnerships that contribute to enhancing the status of the State at the international level.

“We are thrilled to announce that the Passport Index serves as the official benchmark and service partner of the UAE Passport Force initiative to monitor and reflect in real time the accession of the UAE passport within the world’s most powerful,” shared John Hanafin, CEO of Arton Capital.

H.E. Ahmed Saeed Elham Al Dhaheri, Assistant Under-Secretary for Consular Affairs at the ministry, said that “the higher ranking of the UAE passport is one of the most important achievements of the UAE diplomacy led, by H.H. Sheikh Abdullah bin Zayed Al Nahyan.”

The ministry stepped up the diplomatic move towards greater openness to the world including strengthening relations with certain countries, beside strong positive presence in all regional and international forums. The government’s strategy aims to provide distinguished services to citizens, including exemption from pre-entry visa requirements to countries of the world.

About the Passport Index
Passport Index is the world’s most popular online interactive tool, which collects, displays and ranks the passports of the world. It is the only real-time global ranking of passports, updated as frequently as new visa waivers and changes are announced. Visitors can dive in the fascinating world of passports, explore their designs, sort them by country, region and even by color. For the first time ever, visitors can compare passports side by side and discover how to improve their Global Mobility Score.
(www.passportindex.org)